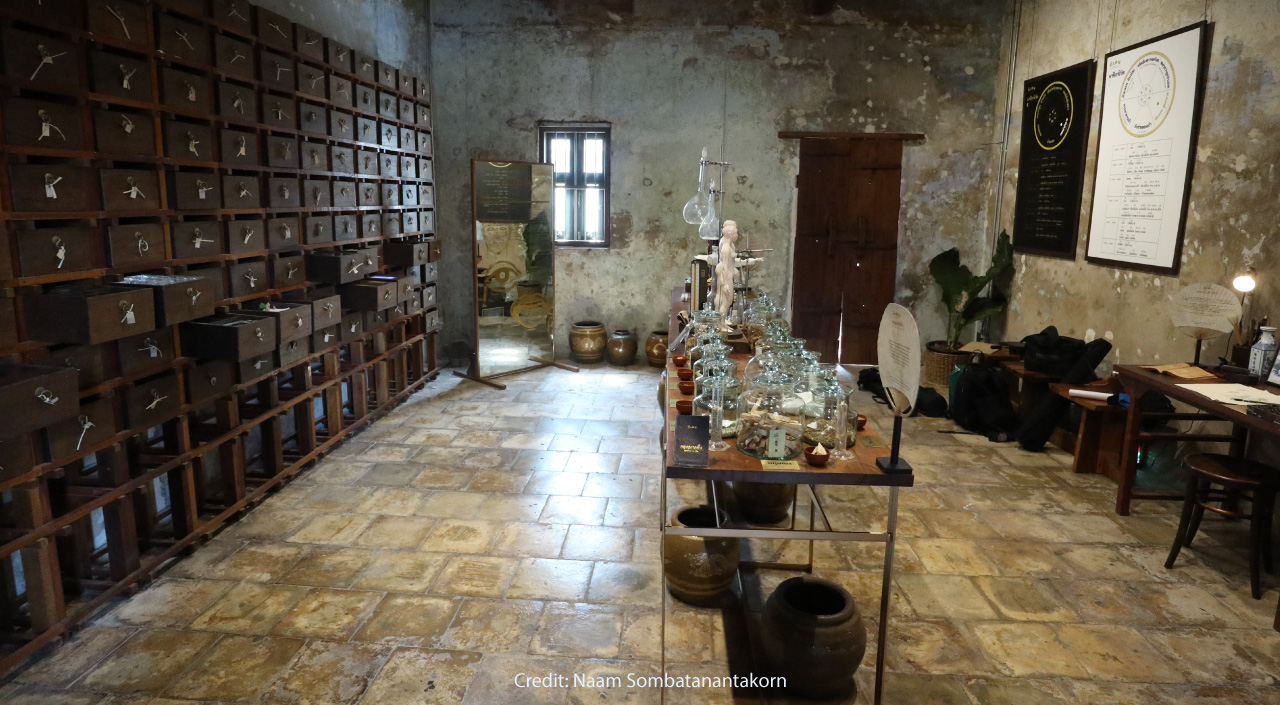 For many centuries, Siam was regarded as Suvarnabhumi or the “golden land”, one of the most favorite destinations for migrants fleeing war, famine or starvation in their countries. Siam’s abundance was evidenced by this famous Thai saying: “nai nam mee pla, nai na mee khao” (there are fish in the water and rice in the fields). Thanks to its bounties of nature, Siam experienced waves of immigration and became home for many Chinese immigrants in search of a better future.

Like other Chinese immigrants, Peh Sae-Lim found his new home in Bangkok in 1879 and made a living by running a small grocery store. The business grew, and in 1891, he founded Kilen Teck Heng Yoo (the Kilen is a mythical dragon-headed unicorn) in Sampeng, Bangkok’s Chinatown, which sold various groceries, including imported goods and traditional herbal medicines from China. 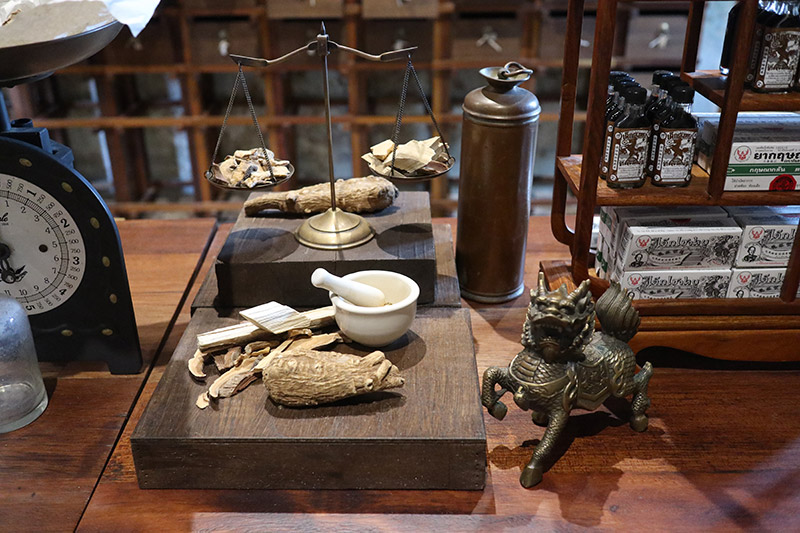 Over time, Sampeng played host to a rapidly growing Chinese community and became very crowded with small alleys and shops utilizing every inch of the area. During the early 1900s, public health and hygiene was in poor condition especially in Bangkok’s crowded quarters like Sampeng that witnessed several outbreaks of dysentery and cholera resulting in viral illnesses and deaths.

Seeing that this was a critical problem in the community, Nai Peh (nai means mister) drew on his knowledge of Chinese medicine and created his first herbal liquid medicine for a stomach upset called “Krisana Kran” (agarwood extract). By combining Chinese herbal remedies with a low price, his traditional cure proved to work wonders and was widely recognized during World War I when Nai Peh donated his medicine to Wild Tiger Corps in response to a dysentery outbreak within the corps. The medicine helped save a lot of lives. 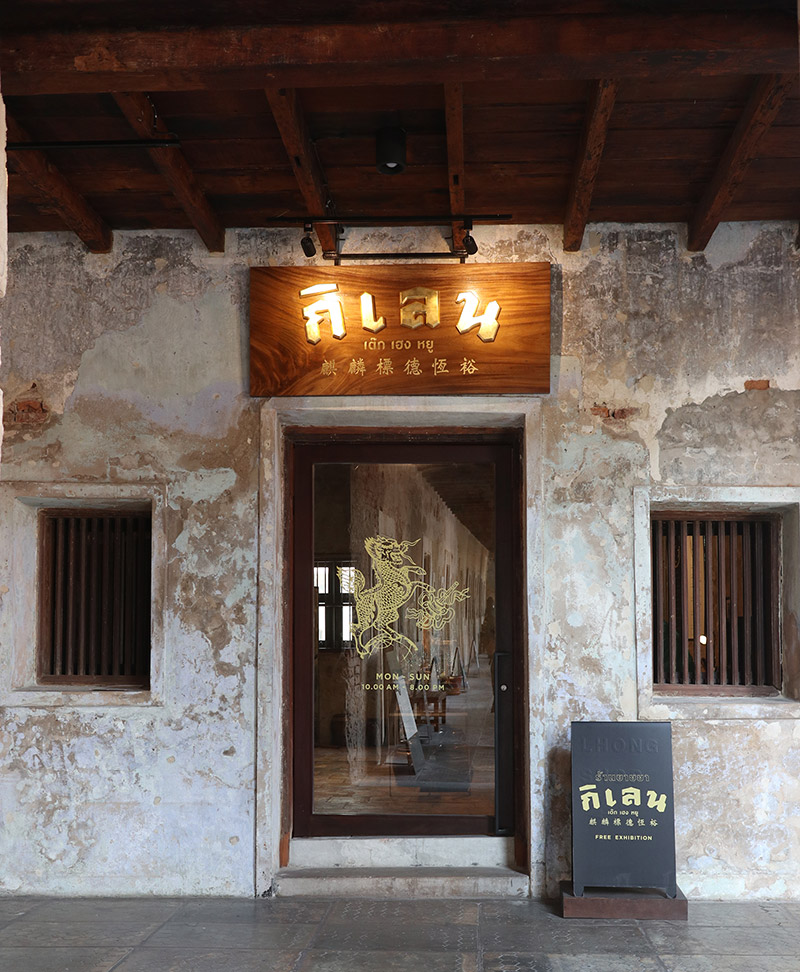 In 1932, Nai Peh moved his store to Charoenkrung Road and expanded the business with various product lines of traditional herbal medicines. Finally, in 1949, he founded a new factory in Soi Lang Suan and his company was renamed Osotspa Teck Heng Yoo, which went on to become one of the country’s leading pharmaceutical companies at that time.

To bring old memories back to life, CEO Petch Osthanugrah of Osotspa, now a listed public company, has established the Kilen Teck Heng Yoo museum at Lhong 1919, a 19th century Chinese mansion located on the banks of the Chao Phraya River. After extensive renovations, the mansion has been turned into a shopping and heritage attraction. The museum’s permanent exhibition charts the history of the company with captions in English and Thai, showcasing the various traditional herbal medicines from the past until the present. There’s a section that replicates Nai Peh’s working area with a desk and an old medicine cabinet. 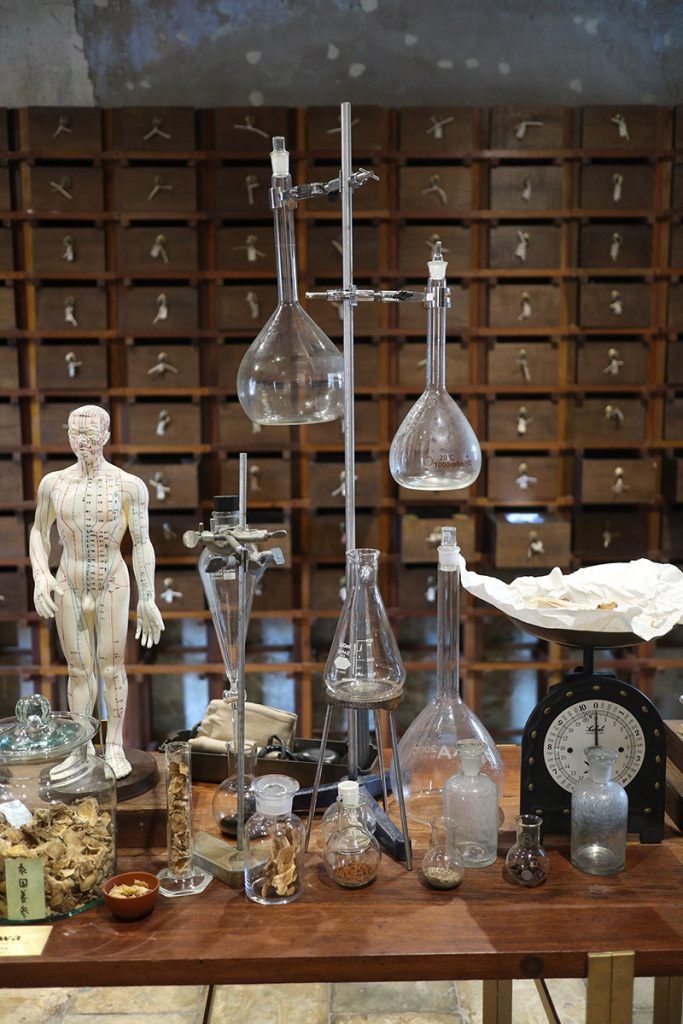 In the exhibition, a collection of ingredients for Chinese cures are on display to illustrate the procedure for making the Krisana Kran drug which has remained the same as it was 128 years ago. The current owner says that as the production method remains unchanged, the company can only produce 100,000 bottles of Krisana Kran per year, which are highly accessible at THB 26 per bottle.

The museum aims to tell a story of an enterprising clan that has engaged in producing traditional Chinese drugs to save people’s lives for more than a century. Despite its compact size, the museum is well worth a visit to learn how a family of Chinese immigrants helped improve the wellbeing of others and worked their way up from humble beginnings to become one of the most successful and richest Thai-Chinese families in Thailand today.