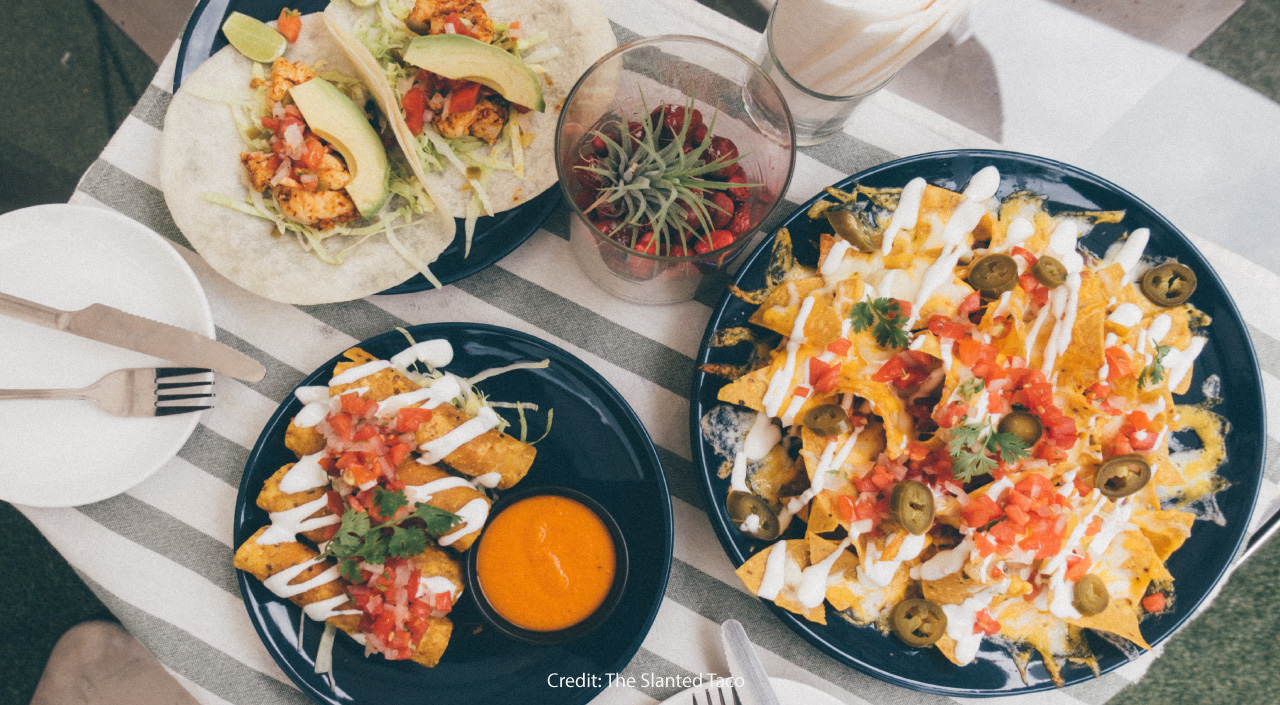 When I first moved to Bangkok years ago, the one cuisine that I perpetually missed from my days of living in both San Francisco and New Mexico was Mexican. Sure there were a few taco and burrito spots around town, but they tended to be hit and misses, hampered by the lack of really fresh ingredients (face it, a burrito wrapped in a semi thawed about-to-expire tortilla just falls flat) and even when they were tasty, they had very little variety (yes, burritos and tacos were in, but mole or pozole, forget it).

Fortunately, this has long changed, and now Bangkokians are spoiled for choice when it comes to Mexican or Tex-Mex, with plenty of variety to select from, and even real tortillas made fresh on imported tortilla presses. Here’s a selection of some of the top spots to head to for your carne asada, quesadillas, and enchiladas, along with other “south of the border” (or should we say miles and miles west of the border) favorites. 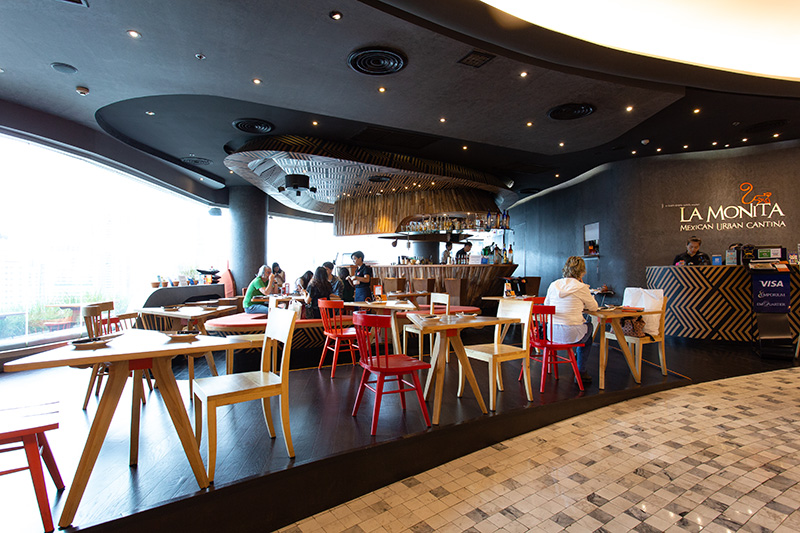 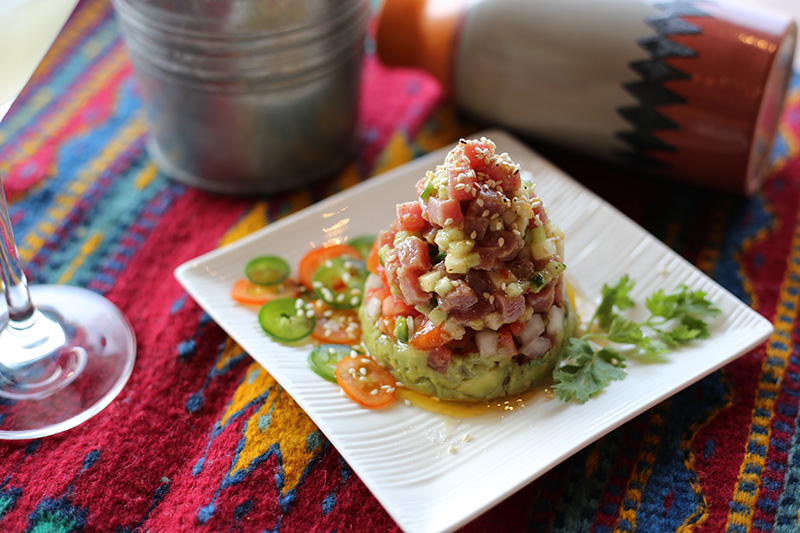 La Monita Urban Cantina
Chef Billy Bautista and his Thai wife Kasama “Oh” Laopanich missed the top -notch Mexican food such as they’d eat in San Francisco’s Mission District (where Billy grew up and Oh studied), so they decided to open their own place, La Monita Taqueria, followed by an offshoot El Osito, which quickly became the go-to spot in Bangkok for quality burritos and tacos.

Years later, they not only opened a San Francisco-style food truck in Siam Paragon, but have now branched out to create the Urban Cantina, which Billy hopes can show off the “elevated” side of Mexican cuisine, something more akin to fine French or Japanese.

At La Monita Urban Cantina, set in the EmQuartier’s Helix Quartier on the 7th floor, you won’t find tacos or burritos, but instead dishes like alambra mar y tierra made with New Zealand rib-eye, ceviche served with wasabi and Peruvian leche de tigre, and homemade sausage longanizo queso. Add to this the chic décor, the home-mixed sangria and mixology cocktails, and you’ve got all the makings of a Mexican night out that you won’t be forgetting anytime soon. 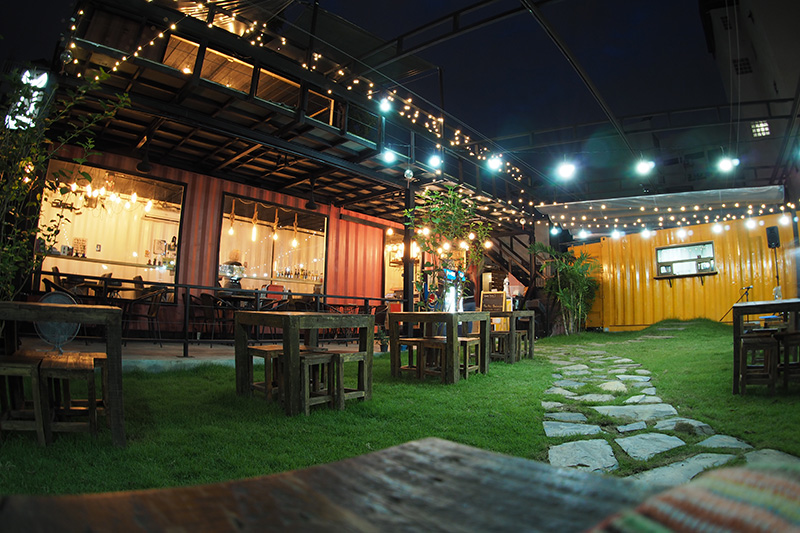 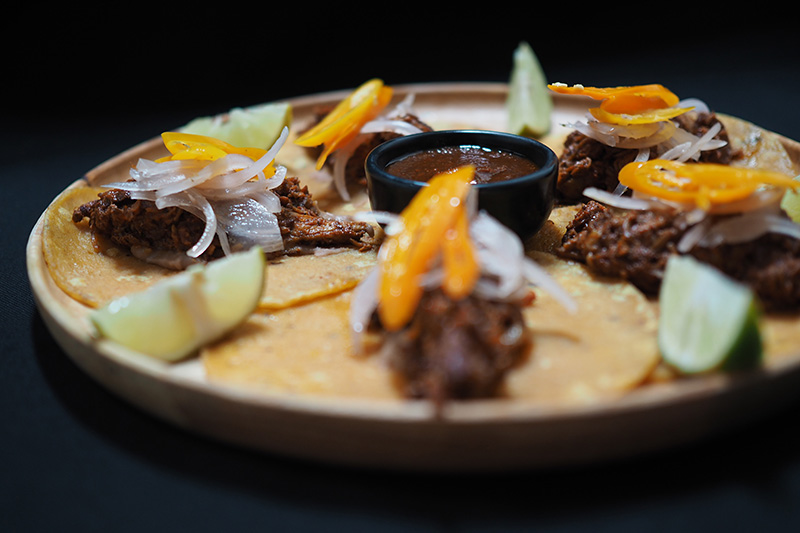 The Missing Burro
Yet another spot to delve into authentic Mexican delights that you’ve probably never heard of before. Foodie brothers Itzco and Tlahui Calva brought Mexican cuisine to the sois of Thonglor, serving tacos de barbacoa y panuchos de cochinita (panuchos are Yucatan specialties made with refried tortillas stuffed with refried black beans and topped with chopped cabbage, pulled chicken or beef, tomatoes, pickled onion, avocado, and pickled jalapeño pepper) or pambazos (fried bread filled with potato and chorizo dipped in a red guajillo sauce) as just a fraction of the unique gourmet menu items.

The setting is pretty cool too, with the restaurant hidden down a dead end soi away from the crowds in Thonglor, and housed in a pair of colorful funky shipping containers, with a garden for outside dining as well. They even do live music on some nights, and have well-crafted drinks to accompany the stellar eats. 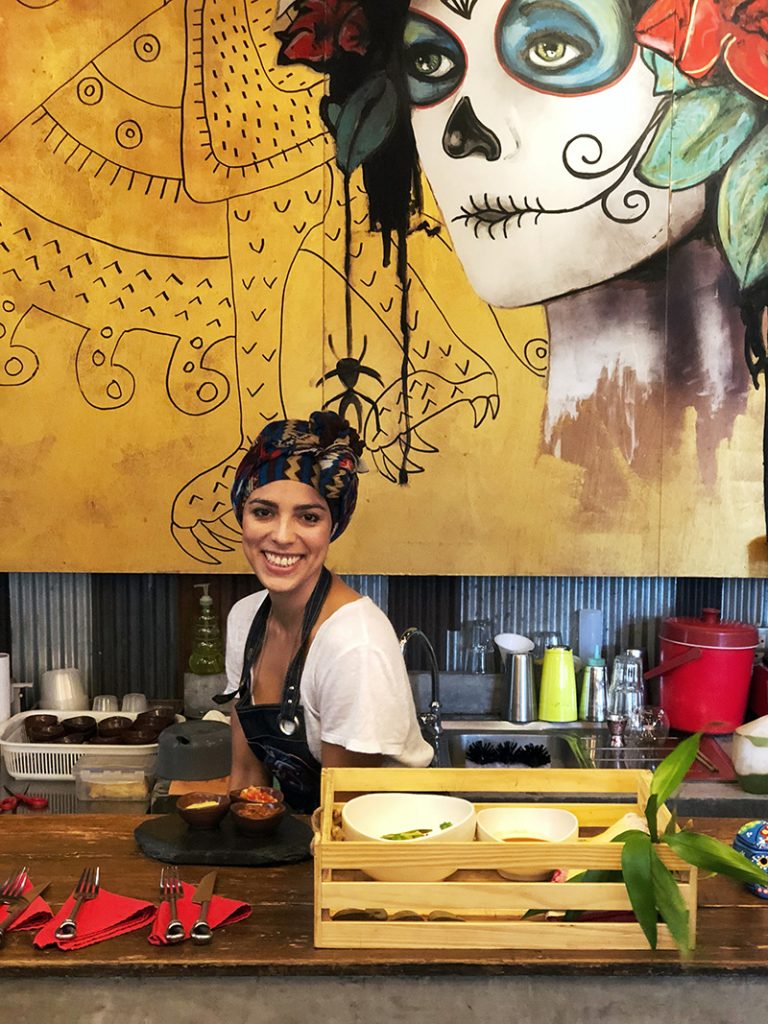 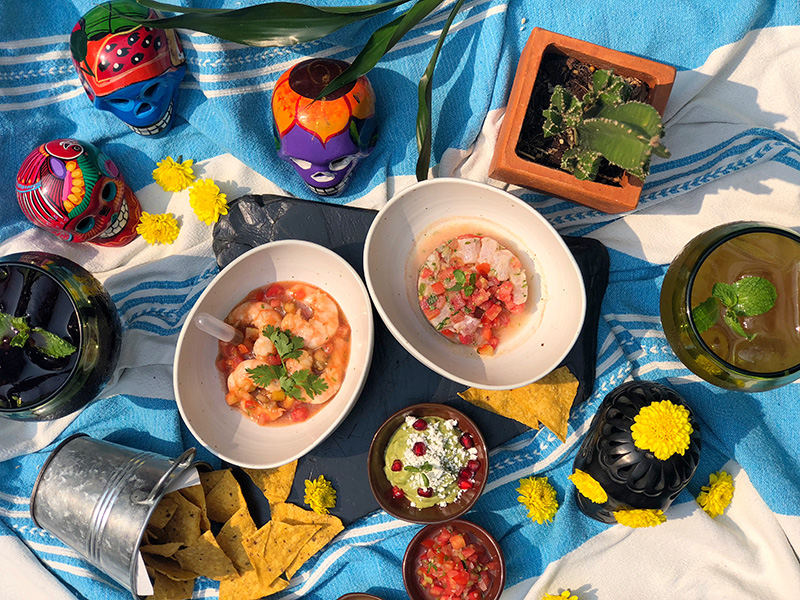 Barrio Bonito
Whether it be ceviche, homemade salsa and guacamole, quesadillas or huevos rancheros, Barrio Bonito excelled for almost a decade on Koh Chang island, and their Bangkok endeavor, set in a happening people-watching niche in The Commons on Thonglor, has been just as well received.

Dishes here are creative, colorful, and usually accompanied by an array of fantastic drinks. Energetic crowds spill in on weekends to indulge in tequila and margarita-fueled evenings, accompanied by the excellent authentic food and lively vibe. It makes you wonder how Bangkok ever survived without good Mexican dinners. 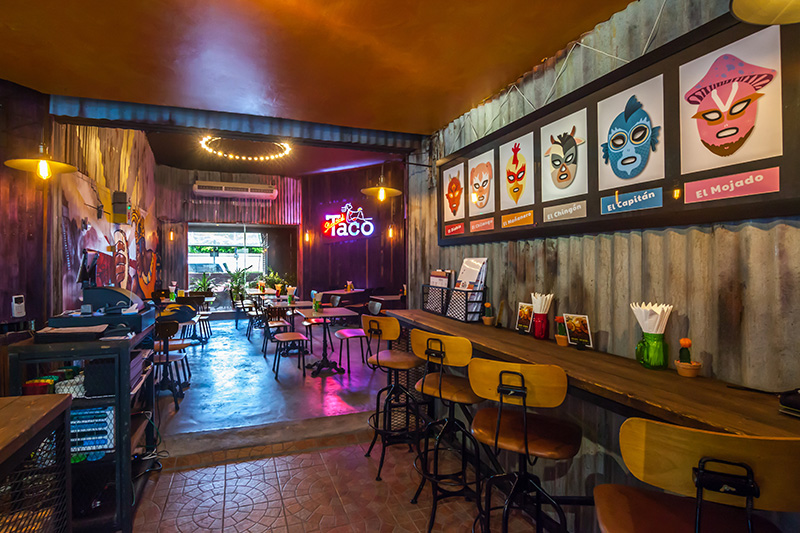 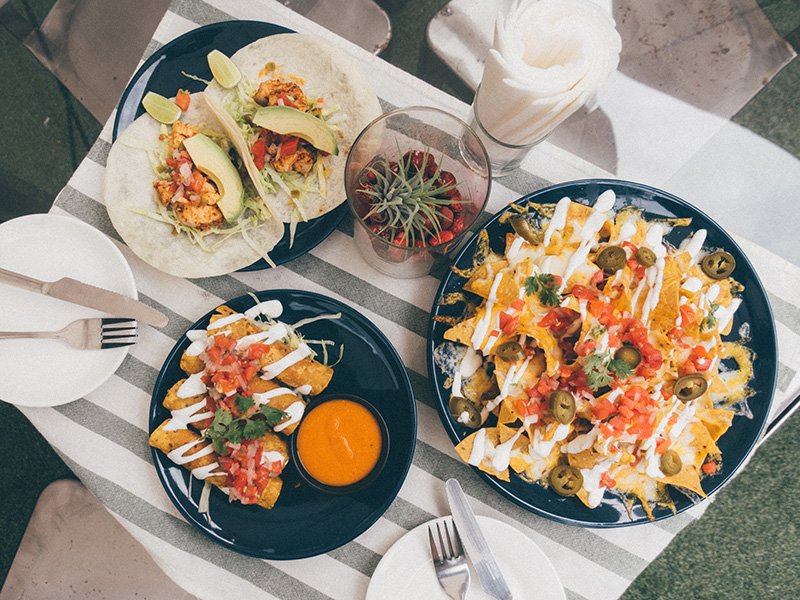 The Slanted Taco
Pozole, or hominy, is not on most Mexican menus in these parts, but at The Slanted Taco, this excellent spicy stew is served alongside other authentic dishes which are all made entirely from scratch.

The fresh-of-the-press corn tortillas and strong margaritas are served by Chef Areeya Bramble, a graduate of Le Cordon Bleu Dusit Culinary School, and there are specials each week such as the “2-for-1 Taco Tuesday” which make eating here a great deal. The location on Sukhumvit Soi 23 ensures a party vibe, and neighboring next to Craft, one of Bangkok’s best craft beer bars, almost ensures that patrons won’t be heading out just to eat.