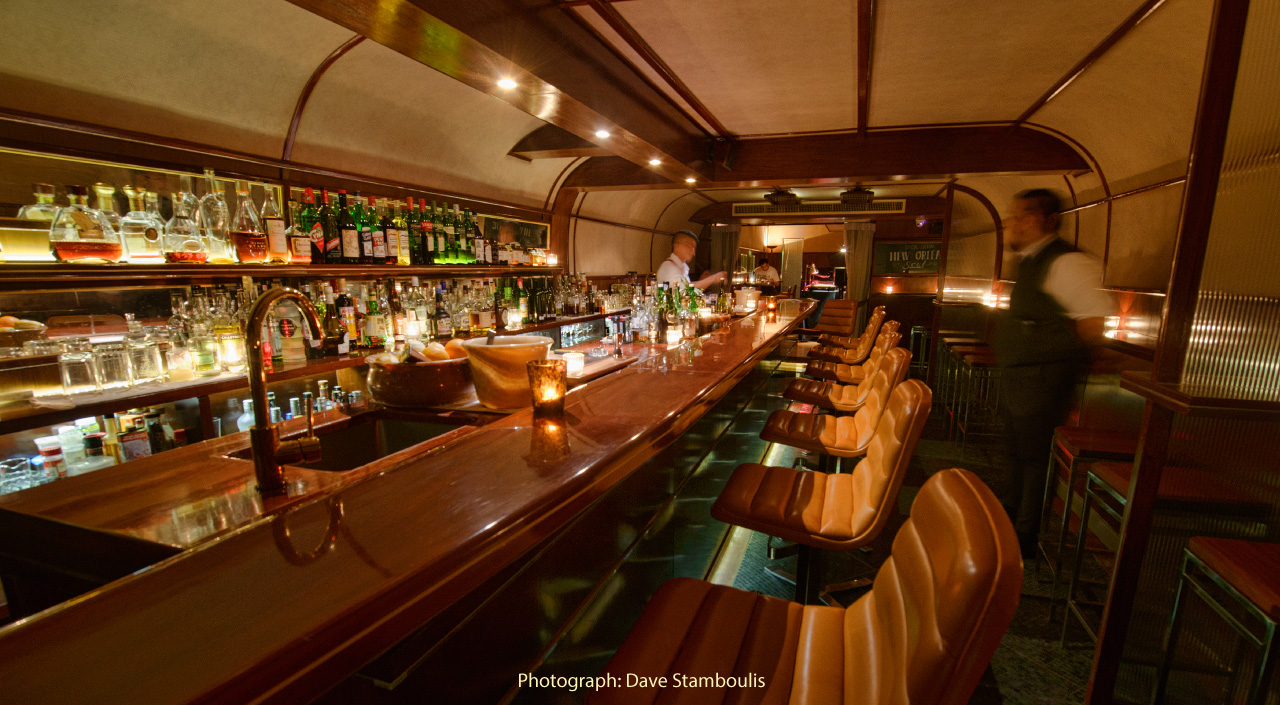 While the word “speakeasy” is synonymous with the days of Prohibition in the United States, the term itself actually predates the Great Depression, from 1929-1933, when speakeasies became popular. In the 1890s throughout the eastern states, there were unlicensed saloons which were called “speak-easies”, due to the fact that one was supposed to speak quietly when ordering alcohol, so as not to alert the neighbors.

alcohol, or prior to this, to evade taxes and other punitive anti-drinking measures, but they morphed into something far greater because of this. Seen as hidden hole-in-the-walls, tough to find and enter, they were an excellent source to find a drink during times when it was tough to, and furthered the notion that anyone who had a few chairs and some bottles of moonshine could run their own happy hour business. 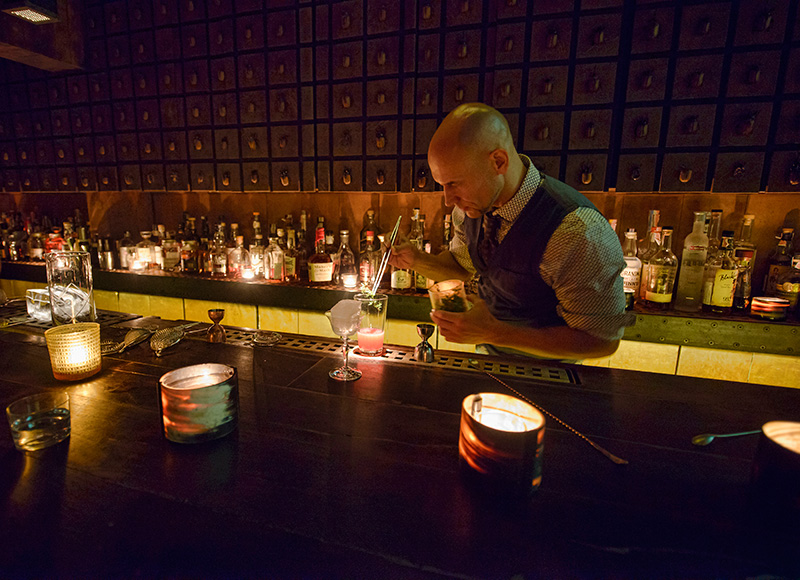 J Boroski
This is ground zero when it comes to the definition of a speakeasy. There is no address, and the best we can do is to tell you that the bar is in an unnamed soi on Thonglor. Send them a message on Facebook to get directions or do a bit of internet searching and you might get lucky (management here is not interested in promoting the bar or making it a popular stopover on a cocktail crawl).

In case you aren’t familiar with Joseph Boroski, he’s the guy who has designed most of the creative drink menus at all the swank hotel bars around town. He calls himself a “mixsultant,” and the New York cocktail guru runs a Bar and Hospitality School that trains the best in the business, and when he isn’t here or at his Hong Kong speakeasy, he’s out trotting the globe plying his drink trade. There is no menu at J Boroski. You let the bartenders know what kind of drinks you tend to favor (sour or sweet), and they go ahead and get creative. It’s dark and rather mysterious in here, exactly as you’d imagine a speakeasy should be. 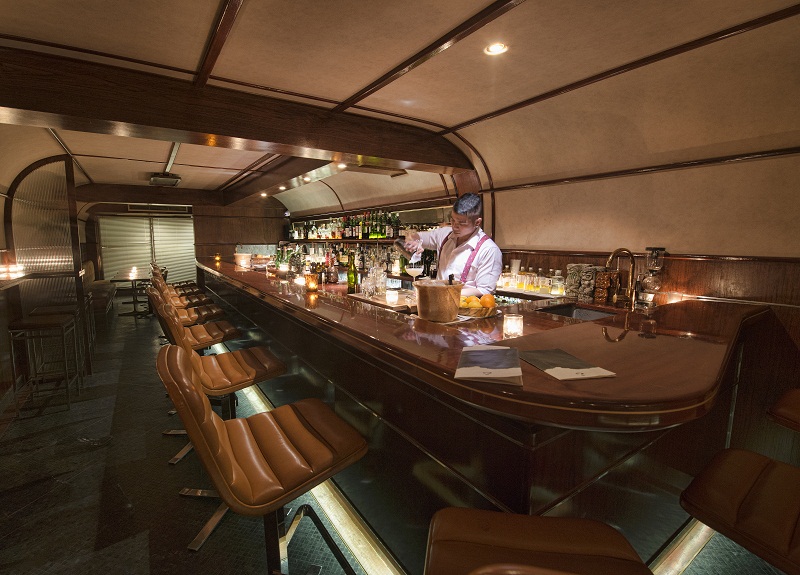 Q & A Bar
Hidden down a nondescript alley, your only clue to knowing that you’ve arrived at Q & A is the question mark symbol that’s up on the green door. Make it through here and you’ll be treated to a dapper interior that resembles a 1920s American railway car, with

a row of plush leather bar seats for you to plunk down on and watch the amazing mixology team create drinks.

The menu here features a wide array of classics, 52 to be precise, laid out on the menu to correspond to a deck of cards, and you can even get a “drink passport” here to stamp that goes hand in hand with a set of collectible cards showcasing all of the drinks (which range from a Cuba Libre and Pisco Sour to a Tequila Sunrise and Old Fashioned). There is also a set of more hard hitting drinks known as “Questions,” while “Answers” feature sweeter concoctions that are a bit easier on the palate. 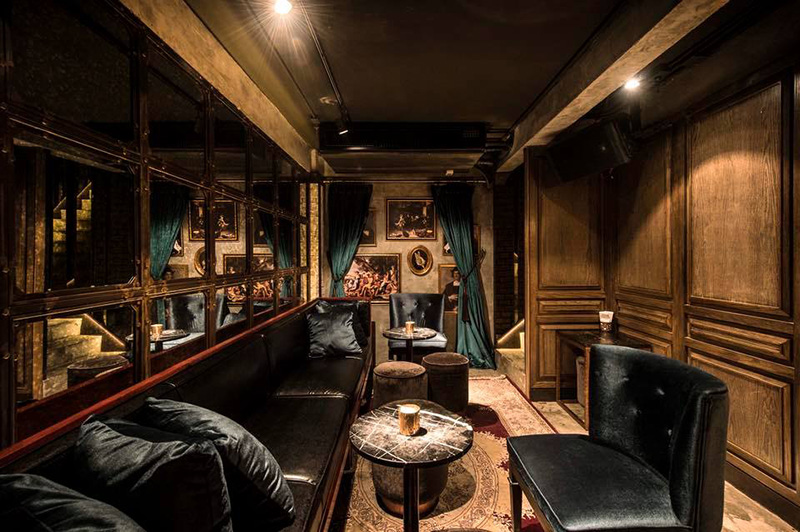 Rabbit Hole
Named after Alice’s Adventure in Wonderland’s proverbial drug induced nirvana, you disappear down this rabbit hole by finding a sliding door next to the Ainu Japanese bar outside. You’re right in the heart of Thonglor, but inside it’s a complete escape.

Lots of local mixologists make this their bar of choice on nights off, and there are constantly new rounds of craft cocktails being created each week. The Casa Nostra resembles an Old Fashioned, yet with the taste of smoked cigar wafting right out of it, and there are plenty of other novel creations. So put on your trench coat and top hat, and disappear into Bangkok’s
hidden cocktail world.