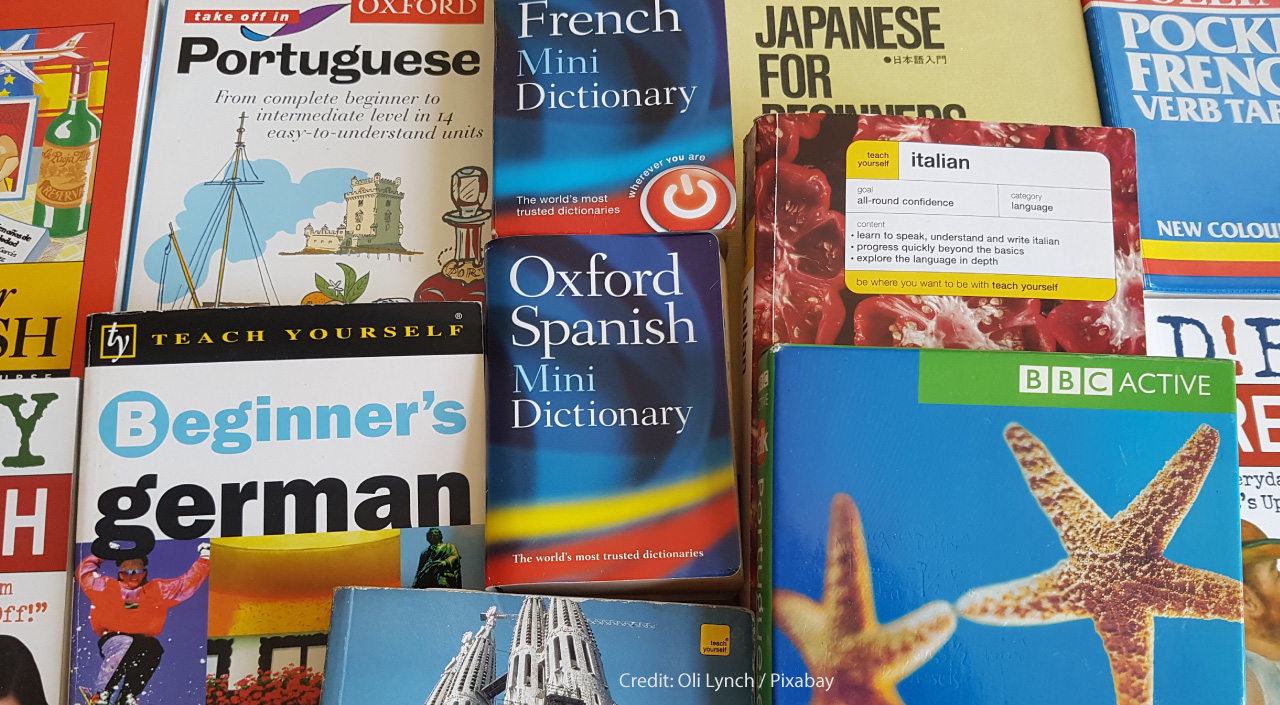 Like many other Thai students, I started learning English as a foreign language at a young age. Not until Mathayom 4 (Grade 10) did I had the chance to learn French, another new foreign language. Although I can use Thai and English quite efficiently on top of my fair knowledge of French, I picked up other languages such as Japanese and Spanish along the way just to satisfy my passion for new languages and traveling. There are so many advantages of learning a new language and it’s never too late to start!

Career Boost
Learning a new language can open more doors – whether it is a part-time or a full-time job. Knowing an additional language gives you the upper hand, especially if you want to work for international companies or nonprofit organizations. Many multinational conglomerates in hospitality, energy or technology would prefer someone who can speak at least one language of the countries they’re operating in.

If you have your own business, knowing another language can also help you expand your client base into countries that use your new language. You can also go side-gigging as a tour guide, translator, interpreter, or tutor.

A Window to the World
Before traveling overseas, I try to learn the language prior to visiting the country. Even with a basic grasp of grammar and some useful phrases, it’s possible to get into a conversation with locals and bone up on their culture. Traveling would be much easier especially in countries where English is not a lingua franca.

If you love going to Japan like I do, basic Japanese could literally enhance your travels there. Useful terms like sumimasen (excuse me) or arigato gozaimasu (thank you very much) will surely make you feel more welcome.

Boosting Your Brain
Several studies suggest that learning a new language could help your brain function better. According to a study by the American Academy of Neurology, people who speak more than two languages have lower risks of developing memory problems.

Another study also shows that speaking a second language may delay the onset of three types of dementias: Alzheimer’s disease, front temporal dementia and vascular dementia.

A research project by the Swedish Armed Forces Interpreter Academy tested two groups of students: one group was under an intensive language learning class for 13 months, and the other was subject to intensive learning that was not related to language. The results from the MRI scans of their brains show that the students who took the intensive language class had greater growth in their brains’ hippocampus and areas of the cerebral cortex, which were related to language learning, when compared to the other group.

These may have resulted from how the brains need to juggle between the two or more languages and the need to increase their recognition ability, understand the context, and respond in a different language.

Saving Lives
English philosopher Francis Bacon once said that “Knowledge is power”, which is very true. We can frequently see how knowing another language can help others just by watching the news. Whenever there’s an incident, we will likely see the need for volunteers who can speak different languages to help foreigners who are either professionals assisting others or the victims themselves affected by the incident.

The rescue of members of the Wild Boar football team and their coach from a cave in Chiang Rai province is a case in point. In the 2006 tsunami, we also saw Thai and foreign volunteers helping the victims, all communicating in different languages.

All in all, learning a new language is a rewarding challenge to take on. It is also fun and you can also get to make new friends. There are many language schools that offer different language classes for beginners and advanced students with tutors who are native speakers. But to make it work, you need a good reason to be inspired to take on a new language –  whether it is for an upcoming trip to a new country or the will to understand your favorite foreign soap opera in its native language. Let’s hope you can find the passion, motivation or inspiration either from culture, music, food, business, people, or traveling to learn a new language soon!