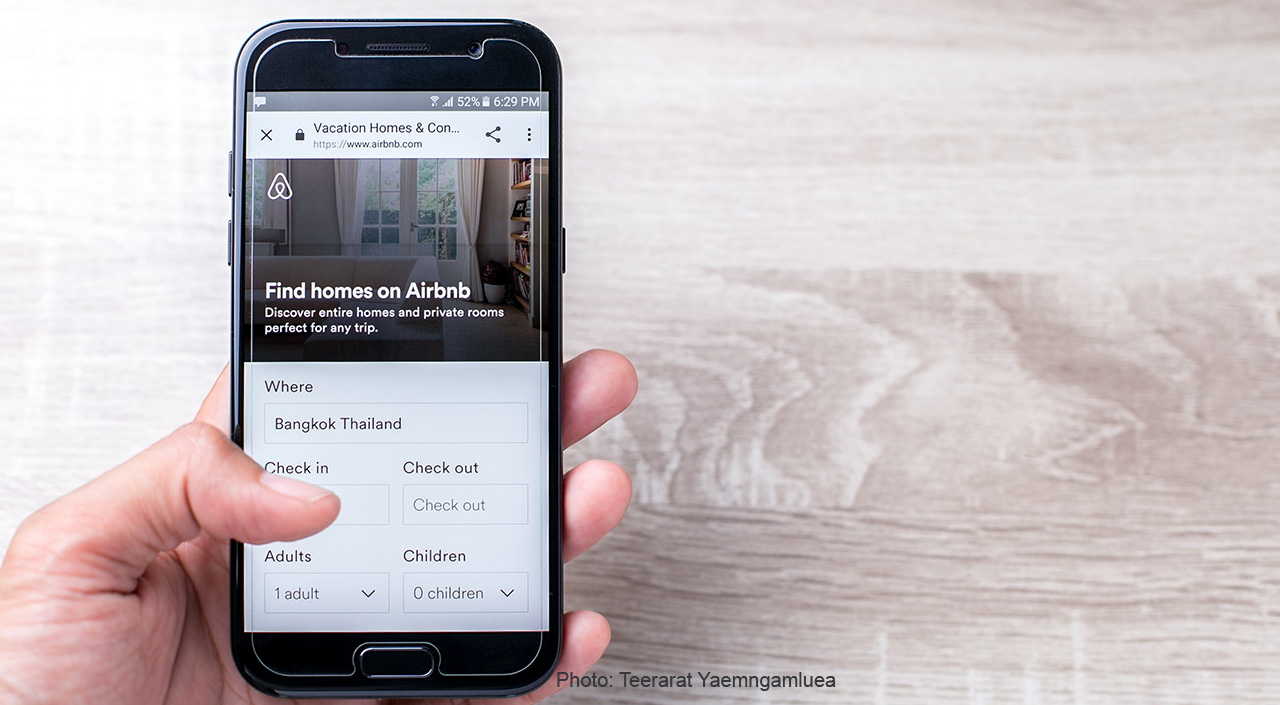 Where do you stay when you travel? Up until a few years ago, for most folks, the answer was a hotel. Those budgeting their cash opted for youth hostels or guesthouses, but pretty much the trend was for the traditional stay. Then along came Airbnb, a cross between a hotel, homestay, private house lodging, and pretty much everything in between, which has made some serious inroads into the hotel stay market.

According to Phocuswright, a travel research firm, the past four or five years have seen one of every three leisure travelers opting for private accommodations over hotels, a massive jump from the one in ten travelers which was the norm five years ago.

In Bangkok alone there are 132,286 hotel rooms, costing an average of THB 2,837 a night. Contrast this with the 8,891 Airbnb rooms which cost an average of THB 831 per night. Pricing aside (a majority of Airbnb places are cheaper than hotels, but not always), what are the main advantages or disadvantages of each?

First off, hotels still win out in terms of being trusted brands which pretty much guarantee your reservation. You make an advance booking at the ibis or Marriott and show up at the property a month later and not too much can go wrong. Yeah, they might put you in a different room and, of course, just like airlines, these places do overbook, but in all likelihood, you are getting what you paid for. With Airbnb, on the other hand, the host reserves the right to cancel, and can even do so less than 7 days before you arrive.

While Airbnb has put policies in place that financially penalize hosts from doing this, and can even remove them as a host if they do this more than three times in a year, it still puts a major crimp in your travel plans if you are on the shortlist of a host’s deciding to cancel your booking.

Hotels also offer a seemingly more accountable set of safety and security rules. Yes, there are dishonest employees that pilfer things out of rooms, and some hotels are in on neighborhood scams and other disreputable practices, but again, you probably have a bit more ground to stand on when your bag goes missing from the room at the Marriott and you most certainly are not likely to be the victim of identity theft while staying there.

While Airbnb has taken plenty of steps as it has grown to rectify these situations, both in terms of verifying hosts and guests, as well as compensating victims for these bad experiences, it still remains an organization based on trust, which probably discourages a certain portion of the travel market.

All that said, I’m starting to lean towards Airbnb over a hotel most any day. I’ve only used Airbnb a handful of times, and all have been unique, a far departure from the often sterile or generic hotel stay. My wife and I stayed in a farmhouse in the Dolomite Mountains of Italy, getting to be the only foreigners in the village, our room guarded by a giant amiable Saint Bernard, and although neither our host nor us spoke a common language fluently, friendly pantomime won out and solved pretty much any questions we had.

In Hong Kong, we stayed in a real dive in the center of the city, which required a brutal walk up around 150 stairs to the 8th floor, as it was an ancient traditional apartment with no lift. The cramped little space wasn’t anywhere I’d want to stay over time in, but considering that it was New Year’s and that we were paying 70% less than what any Hong Kong hotel or guesthouse was charging at the time, the option of staying in the heart of the city and spending all those savings on some great dim sum made it a steal.

On a recent trip to Kyoto, not only was I able to get a room in a traditional Japanese house during the height of autumn colors, it came with an amiable owner who invited all her guests into her makeshift bar for discounted meals and drinks, and she even put on a barbecue that introduced locals to guests, making for a far more personal experience than one would ever get at a hotel.

Whichever one you opt for, the competition is probably great for the industry. Hotels have recognized that travelers want a more personal experience and are starting to be less uniform, even in brand hotels, which have added local touches or personal features to rooms and outlets. Also, far more commercial lodgings, ranging from B&B’s to hostels to guesthouses have listed their properties on Airbnb, meaning it’s no longer just a private lodging network.

The former more traditional and more modern rivals are perhaps moving closer to one another as time goes by. Young travelers visiting Bangkok these days probably want an experience that makes them feel like they are integrating or touching closer to the real Thailand, whether that means being in local neighborhoods with good street food or staying in a place that has traditional teak chairs, triangular cushions, and homespun tapestries or silks on the wall.

These days, you see both more hotels outfitting their rooms like a traditional Thai home, just as much as you see Airbnb apartments starting to resemble cutting edge hotel architecture and design. The good news is that there is plenty of space for both, so make sure to give both options a shot on your next staycation.