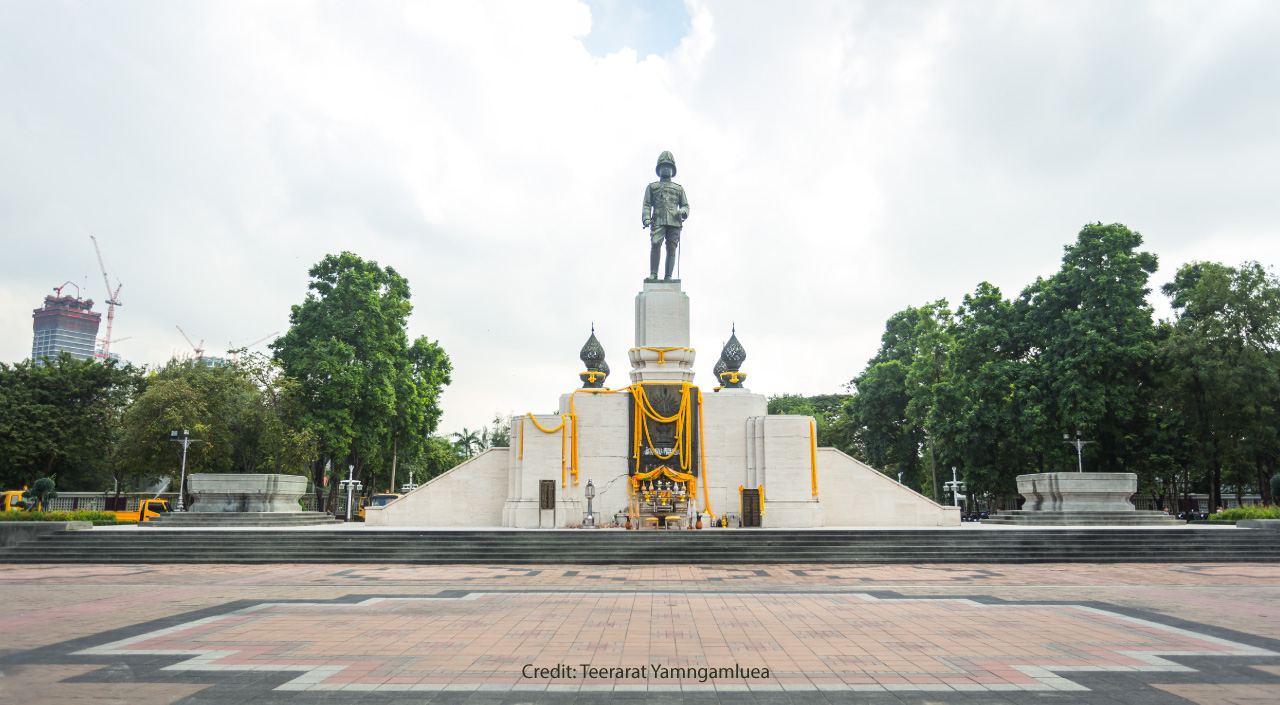 When it comes to a place ideal for recreational activities in Bangkok, most would think of shopping malls and parks. Lumpini Park, the “lung of Bangkok,” is a perfect spot for a picnic, exercise, jogging, paddling a boat, or enjoying a music festival during the current holiday season. Relatively less known is the park’s learning center that organizes a series of free vocational training courses open to members of the public. 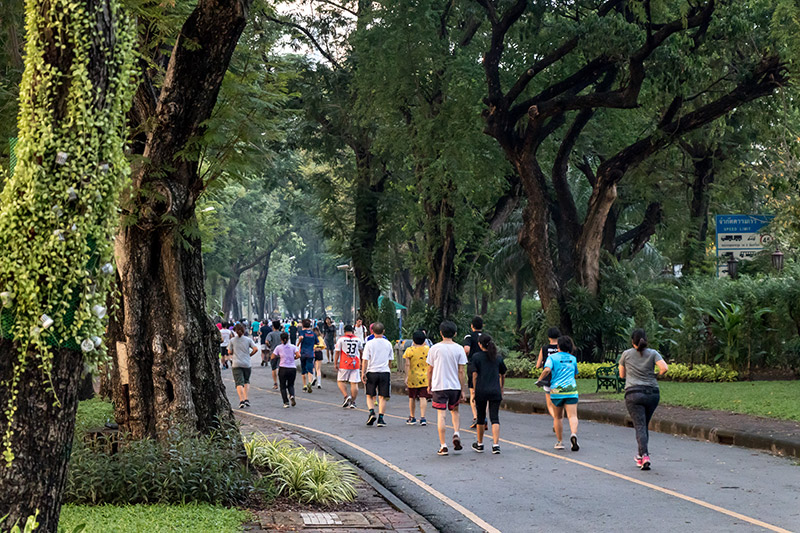 Joggers of all ages enjoy a morning run under the tree shades. | Credit: Teerarat Yamngamluea

Lumpini, or “Suan Lum” as Thais call the park, is Bangkok’s first public park that was established in the 1920s as one of the royal projects of King Vajiravudh (Rama VI). The park was originally designed to host a fair similar to the famous World Fair held in Paris and London during those times.

However, it was decided that an agricultural fair would be held at the park and that exhibitors and visitors from around the country (and hopefully the world) would be provided accommodation at Phaya Thai Palace and shuttled between the palace and the park by tram. There were plans to turn the venue into a public botanical garden after the fair. But the fair project was shelved following the demise of King Vajiravudh.

The park was given a new lease on life during the reign of King Prajadhipok (Rama VII). The king appointed the government to supervise the park’s management. In 1942 a statue of King Vajiravudh was built to commemorate the creation of Lumpini Park. 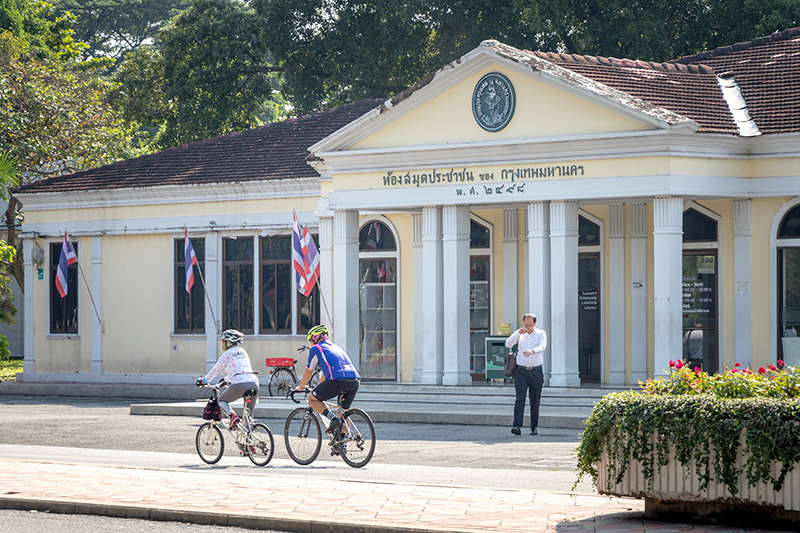 Located behind Gate 8 but seemingly hidden from sight is the BMA Vocational Training Center that provides vocational training in different areas including handicrafts, electronics repair and cooking. The workshops – open to the general public without prior knowledge or skills – are facilitated by experts in different professional fields, some of whom have been teaching here for over a decade.

The center attracts trainees from all walks of life. When school is out, many high students turn up to take summer courses. On weekdays, housewives and retirees predominate and are keen on learning new skills while forging new friendships along the way. Some of the senior citizens attending workshops have been doing so for a decade or so, counting the center as a safe refuge to exercise the brain after a workout in the park.

On weekends, the center attracts lots of salaried employees who have become disillusioned with their 9-to-5 jobs and want to chase their dreams or carve out a new career as entrepreneurs. Many have gone on to start and manage successful SMEs. 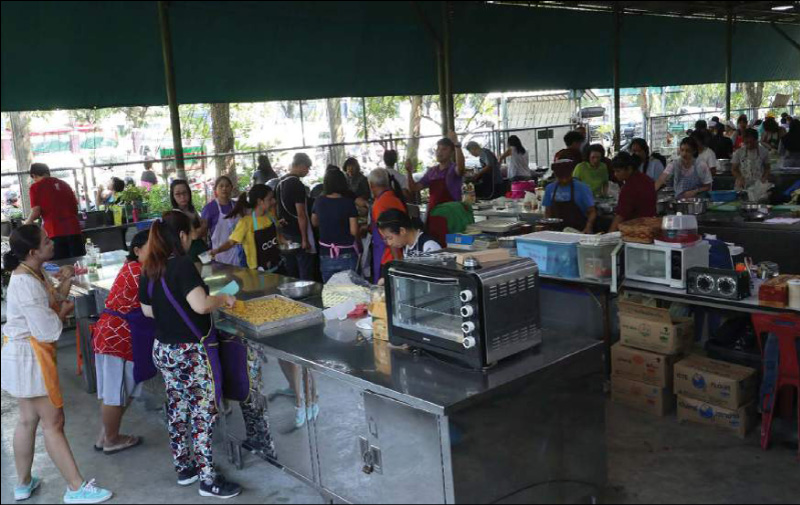 Workshops on offer are as follows:
Drawing and Painting – Basic to advanced drawing, oil and watercolor painting, and batik painting.

Floristry – Students learn how to decorate and arrange flowers as hanging pots and bouquets.

Sculpture – Focuses on how to create sculptures and models from various materials.

Making Amulet Frames – A subset of jewelry making, this class is crucial for jewelers who need to help their customers frame their Buddhist amulets. 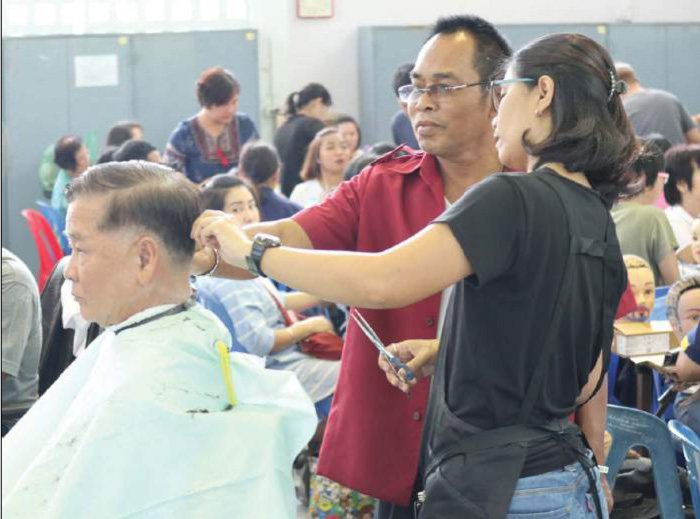 Makeup – Ideal for anyone interested in venturing into cosmetics, becoming a makeup artist or putting on makeup the right way. 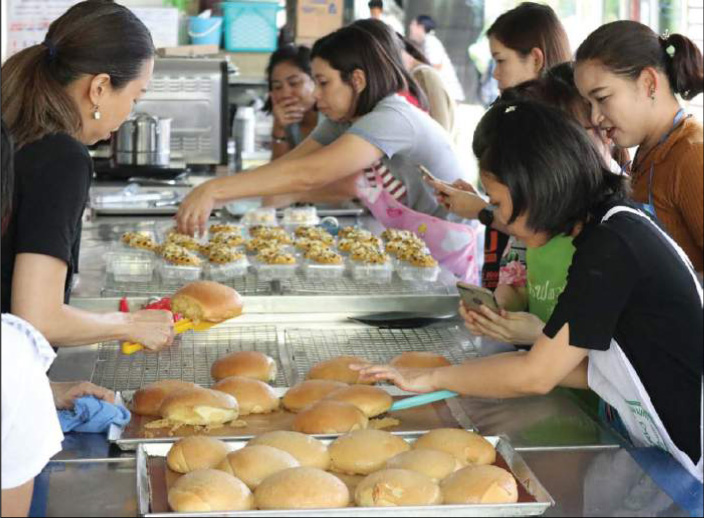 While trainees are mostly Thais, there’s a sprinkling of foreigners as well. But they will need to be well versed in Thai. Workshops run from 9am to 3pm on weekdays and weekends.

The duration of each course varies, depending on the subject. Besides the subjects already on offer, workshops on other professional areas are occasionally held, subject to demand and availability.

Trainees will be examined at the end of each course. On successful competition of each workshop, trainees will receive a certificate from the Bangkok Metropolitan Administration that would be useful for securing a business licence in Thailand and many other countries.

More than just a school, the Park Vocational Training Center provides the opportunity for people to develop an occupation, look into alternative career choices, and occasionally, find new friends, too!