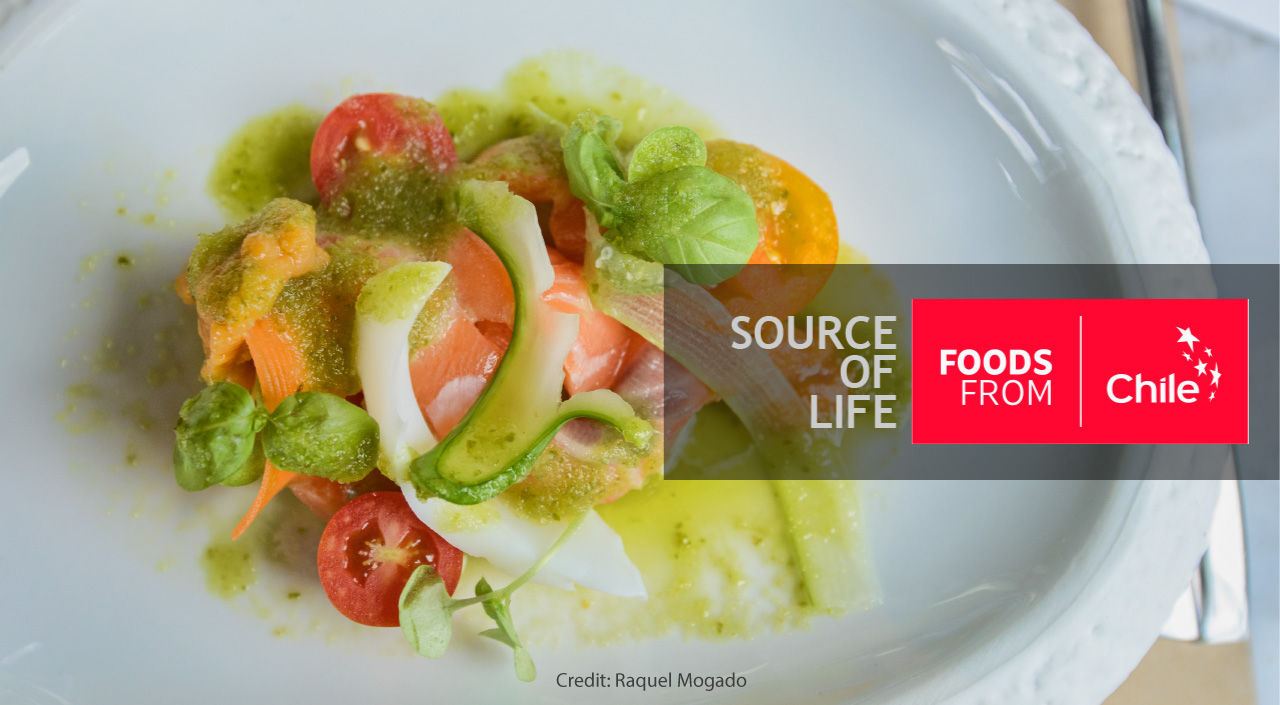 Travel Tools: Embassies Are Your Friend

When I travelled as a young man,  everyone used guidebooks for getting around. Those on a budget had “the bible,” as it was known then, Lonely Planet guides for the “shoestring” traveler, while those looking for more luxurious experiences  carried Fodor’s or Frommer’s.

The internet didn’t exist, nor did the mobile phone. These days, the guidebook is slowly turning into a dinosaur. On a recent trip to Laos, I did a boat trip with a group of about 15 young travelers, and asked all of them which guidebook they were carrying and where they sourced their travel information. Only two of them had books, while all the others relied on internet searches, Trip Advisor, and a handful of apps to get all their tips. However, despite all the wealth of online info out there and the tendency to gravitate towards it, a recent experience in Bangkok reminded me of the incredible value a country’s embassy or consulate actually can provide.

While a visit to the U.S. Embassy most certainly isn’t going to result in an invite to come in and peruse tourist brochures, less politically charged and less security-paranoid nations are actually pretty welcoming when it comes to embassy assistance and endeavors. My wife and I are planning a trip to Chile next year, and when I mentioned this to a Chilean friend, she invited us to come along to an event hosted by the Chilean Embassy to help promote their products. “Foods From Chile” is a project that is launching in Thailand, hoping to introduce Thais to the wealth of Chilean seafood, fruit, fine wines, and other products that make Chile one of the top gastronomic markets in the region, as well as worldwide.

Chile leads the world in grapes, blueberries, salmon fillet, and mussel exports, to name but a few, and has recently signed free trade agreements with five countries in Southeast Asia, making it a large and extremely beckoning market. Despite being South America’s second biggest exporting country (after Brazil), it needs to raise awareness around the world about all it has to offer, especially in places so vastly physically distant like Thailand. 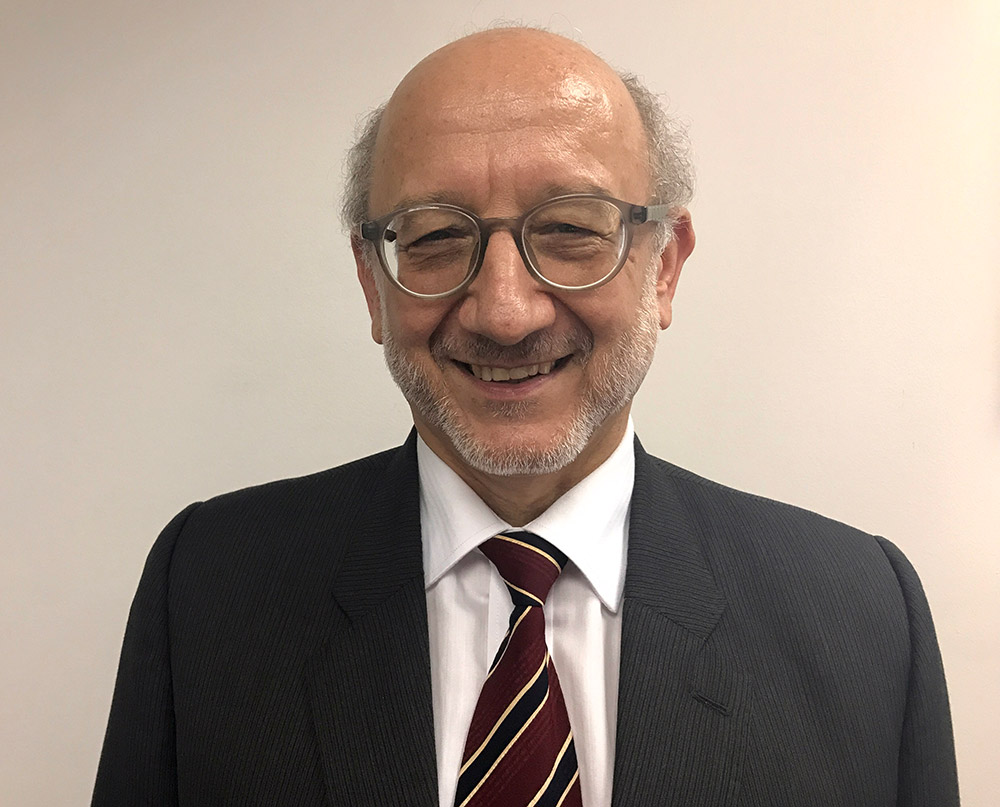 The event took place in the Sofitel So Bangkok’s elegant Park Society restaurant, with Chile’s new Ambassador to Thailand, Christian Rehren Bargetto, on hand to greet everyone and field questions. Ambassador Bargetto has served in Japan, the U.K., as well as Malaysia amongst a long list of distinguished postings. 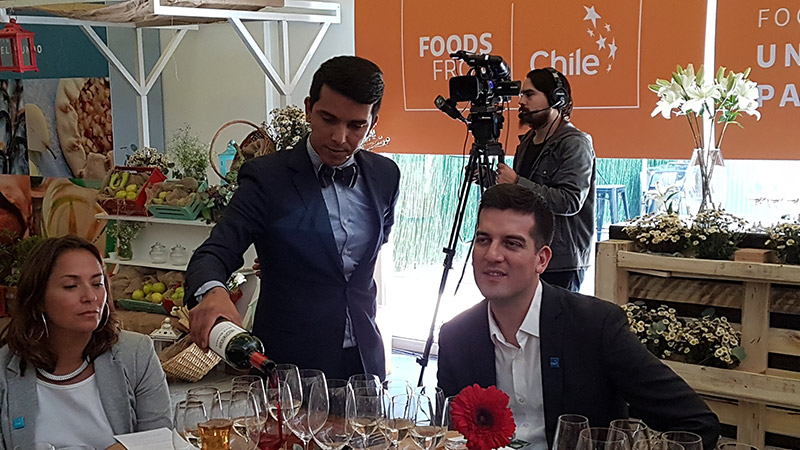 Also present was the Chilean Trade Commissioner, Diego Alonso Osses Cavero, as well as the Ambassador’s sommelier Marcelo Pino, both a member of the Chilean Sommelier Association as well as a professional surfer, who enlightened us not only on the vast array of famed Chilean wines, gave some detailed history on each region of the world’s longest country, highlighting its geography and climate, and in addition to recommending the country’s best wines, gave some outstanding beach directions to boot!

We picked up pamphlets on Patagonia, and then were treated to Chilean Chef Pilar Rodriguez (a Le Cordon Bleu grad who has worked with haute cuisine chef Christian Le Squer in 3-Michelin starred Ledoyen restaurant and has since developed her cuisine around Chilean wines) whipping up an array of salmon, longaniza, and other Chilean dishes made with their local products, giving us samples of rica rica, a medicinal fragrant herb that grows up on the altiplano (high plain) in Chile’s high northern deserts, as well as a few shots of tasty pisco, the country’s national spirit, made of highly fermented grape juice. 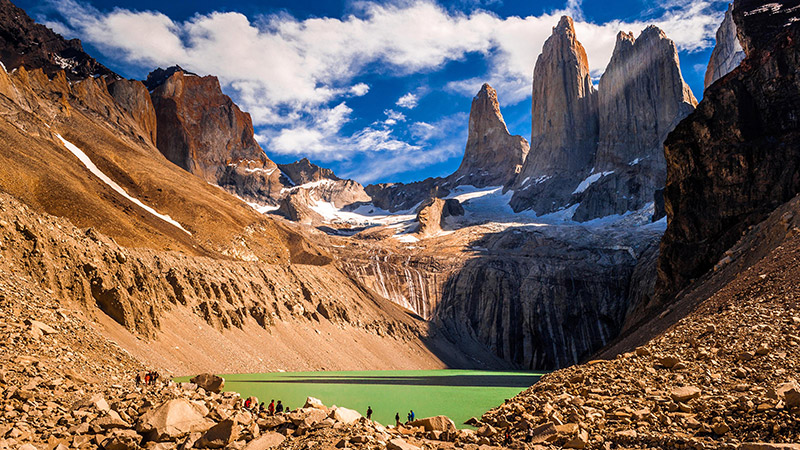 In addition to all the gastronomic treats, we were able to get firsthand information from an array of diverse Chileans about some of our far away bucket list spots like Patagonia, Torres del Paine National Park, Valparaiso, Easter Island, and Santiago, and return home a bit more knowledgeable and a lot more excited about our impending trip.

As aforementioned, the bigger countries’ embassies may not be so inviting in terms of walking in to engage in some trip planning, but they are still worth checking out, even if online. While they may often issue overcautious travel warnings and advisories, they also have excellent resources and recommendations. A search of the US Embassy and Consulates in Australia website revealed a “Discover America Guide” PDF file that featured the excellent Travel USA magazine with a wealth of tips, while the German Embassy in Bangkok’s website features links to Germany’s Tourism Center as well as copies of Deutschland Magazine.

While online trip reports and blogs deliver a wide array of information on a place, they are often highly subjective, not to mention not always exactly ethical when it comes to their reasons for selling you on a destination. One ultra-famous travel blogger, whose name I won’t mention here, often expounds on amazing adventure travel destinations, always followed up with glowing recommendations on the need to get a good insurance provider when going to these places. And yet a bit of follow-up searching on the noted provider reveals that they actually are passing travelers off to a U.S. insurance firm which gets report after report of not paying claims or giving anything they promise. Additionally, the famed blogger turns out to be the main spokesman for the provider!

Embassies at least give a depth of solid and well-researched information that can usually be trusted, and can also point you in many valuable directions, so don’t forget to include them in your travel planning. And if you happen to be heading to Chile, check out the Bangkok embassy’s website at www.chile.gob.cl/tailandia/en . It has links to some great travel pages highlighting everything from culture to noted newspaper publications on all things Chilean, and if you’re hungry for more info on fabulous Chilean food and products, check out the “Foods From Chile” page: www.foodsfromchile.org .