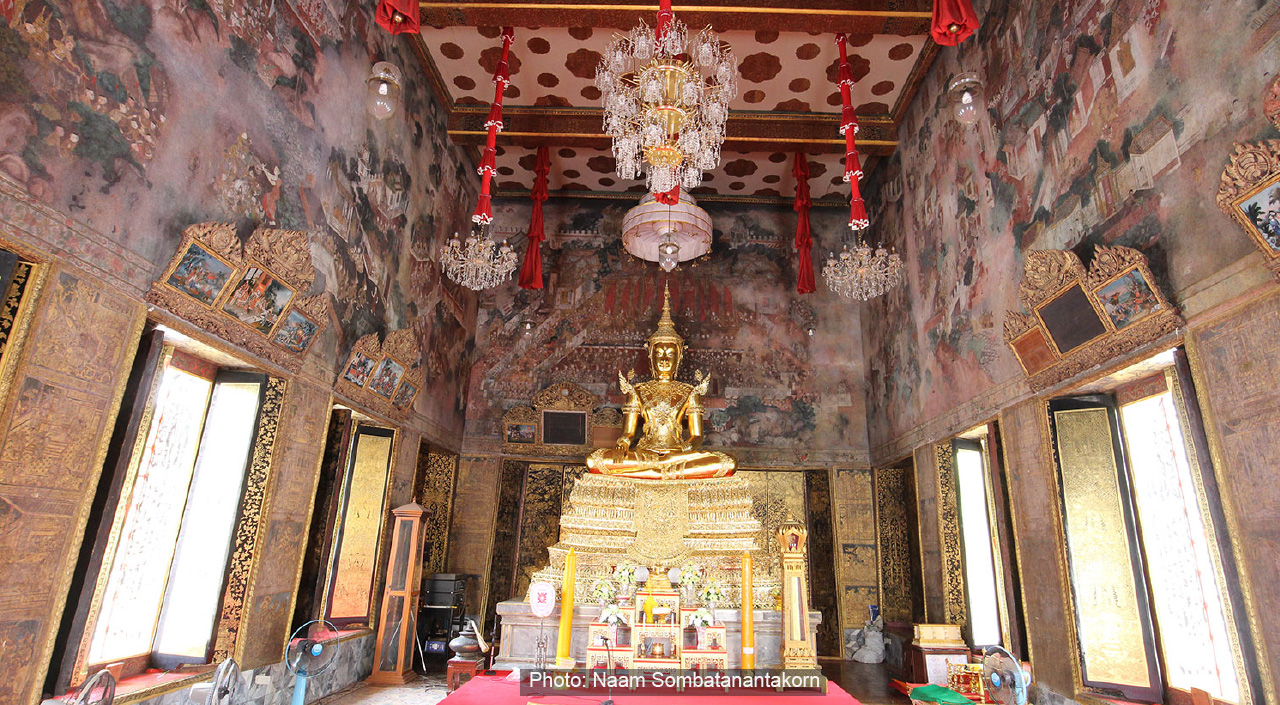 Thonburi for the slow life

It is quite normal for people to rise at the crack of dawn to beat Bangkok’s notorious traffic. They wake up, go through their morning routine – a quick wash, quick breakfast, and getting the kids ready for the school – and then head off to work as early as 6 a.m. These mundane morning matters are more or less the same everywhere in the world; however, upon closer scrutiny, our lifestyle has been changing rather gradually these past years. 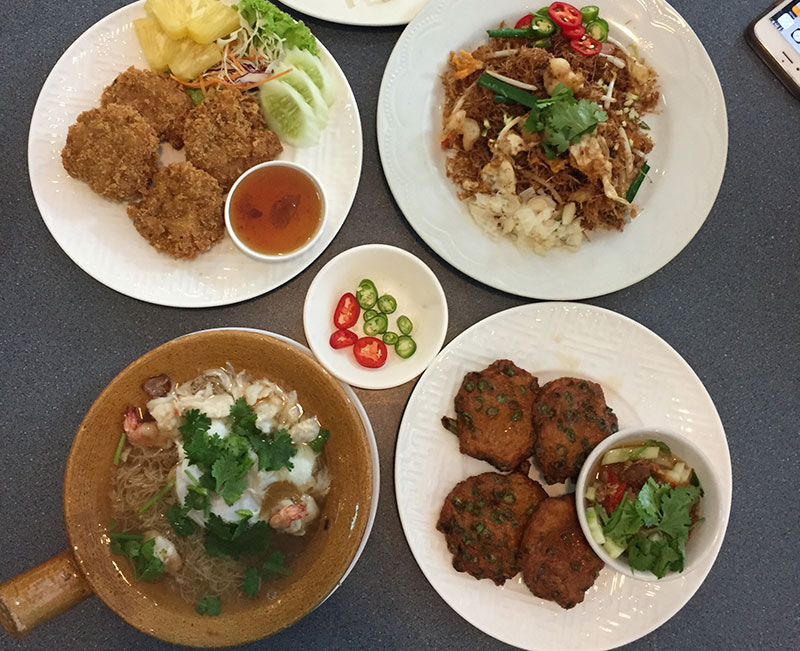 Some years back, I had a chance to witness and experience a much simpler way of life. I guess it was the precursor of what we today call the “slow life” trend. Every day at about 5 a.m., I would see gentle middle-age ladies strolling through the local fresh-produce market to buy their groceries. After the shopping and some idle chit-chat on the day’s gossips along the way, they would hurry back home to prepare breakfast and lunch for the rest of the family. These home-made meals would be separated into two portions: one to be offered to Buddhist monks on their morning alms rounds and the other for her family members. In the late afternoon, after all the household chores, they would set off for the market once again to buy more ingredients, this time for dinner. Family members would always be served fresh, home-cooked meals in the comfort of their home. 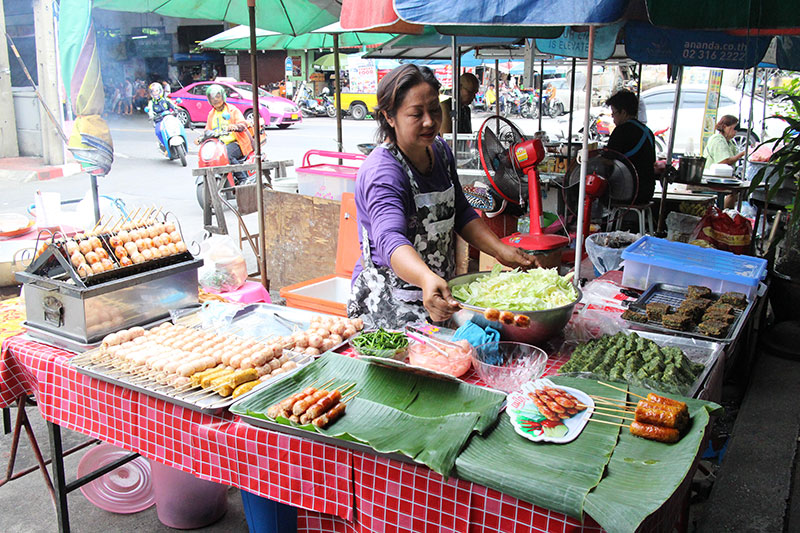 Those days are gone. Our way of living has changed completely. Now most people have a day job to hold down and hardly cook for themselves any more. As a result, fresh-produce markets are slowly disappearing. In their place are ready-to-eat food markets that have proliferated over the years around the city. A ready-to-eat food market worth exploring is Talad Plu (aka Talat Phlu) just over the Chao Phraya river in Thonburi. It used to function as a fresh-produce market.

It’s best to visit the market in the morning at around 9 a.m. just for a traditional breakfast. You must try gao laow talad plu (Talad Plu’s beef broth) at this well-known shop of the same name, which has been in business for more than half a century. Its famous beef broth soup comes with a good choice of beef styles: meatballs, sliced beef, braised beef, beef tendon, etc. 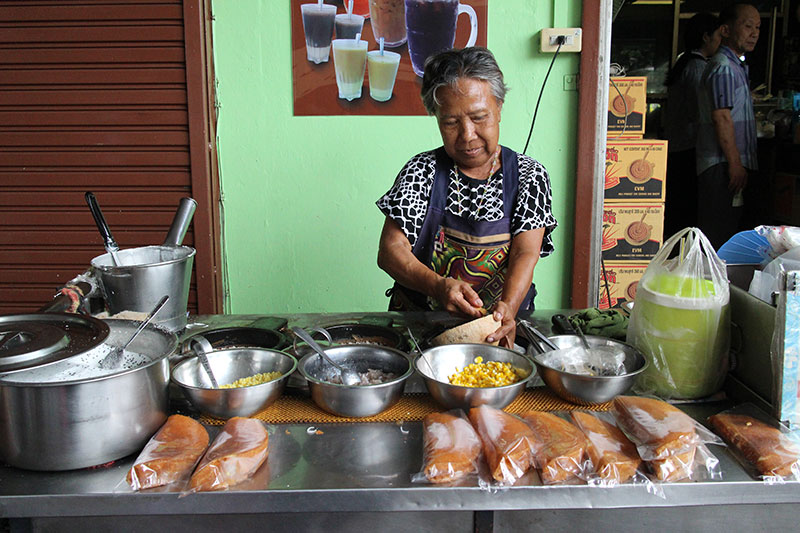 Next door is a famous Thai dessert shop called Je Jeng that serves a vast array of Thai sweet treats. Walk past the nearby intersection and across the bridge, and you’ll find a shop selling khanom bueang or Thai crepes on your right. Give it a try – the crepes alone are amazing and worth the trip!

You may need to make some room for other dishes available in the neighborhood as well. There’s poh piah sod (summer rolls), the famous khanom gui chai (Thai fried chive cakes), and many more. 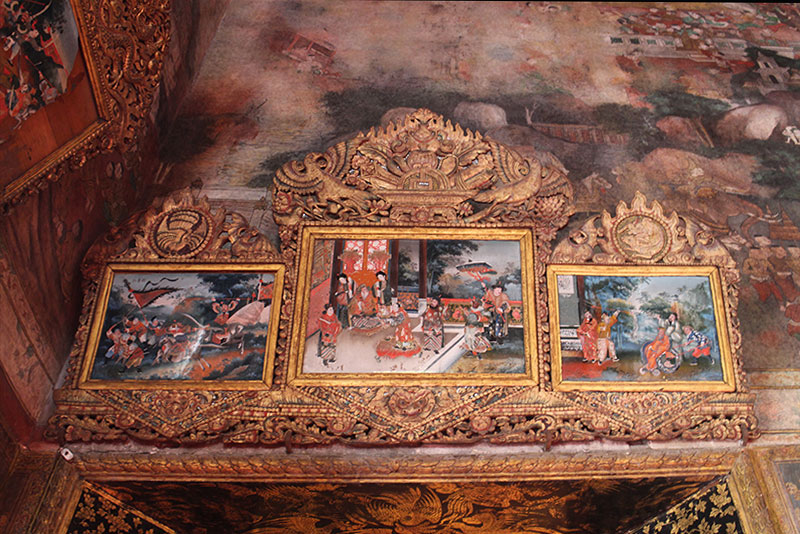 With your stomach full by now, it’s best to burn off the calories by taking a leisurely walk to Wat Nang Nong Worawihan. Built in the late Ayutthaya period (1351-1767) and one of the oldest temples in the area, the temple underwent extensive renovations at the behest of King Nangklao (Rama III) in 1832. Some of the must-sees in this temple include the principal Buddha statue, Phra Buddha Maha Chakkraphat, and the mural paintings in the ordination hall.

One of the most unique Buddha images of its time, the bronze Buddha image is displayed in a seated posture in full regalia. Much of the design can be attributed to the influence of Sukhothai-era art. The Buddha image’s original crown has been removed and placed at the top of the towering stupa, or Phra Prang, of the Temple of Dawn, better known as Wat Arun. This explains the sheer importance of the statue right from the reign of Rama III. The murals capture the scenes from China’s best-known martial epic novel The Three Kingdoms. Royal artisans created the masterpieces using the black lacquer and gold gilt painting technique. There are 12 parts with 48 pictures narrating the story with the descriptions shown around the ordination hall’s terrace that explain the story behind each picture to interested viewers.

Other fascinating artworks include the exquisite mother of pearl inlay on the entrance door of the ordination hall, the wall frames showing the reverse glass painting technique, and paintings of Fu, Lu and Shou, the three Chinese gods of prosperity, status, and longevity. 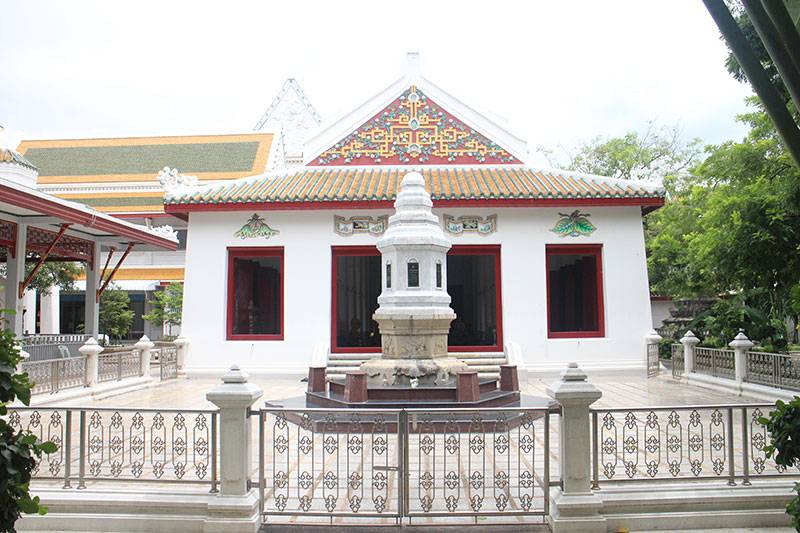 Another interesting temple just within walking distance along the nearby train tracks is Wat Ratcha-orasaram or Wat Ratcha-orot. The name “Ratcha-orot” means a king’s son. The patronage of this temple chiefly came from Prince Chetsadabodin who later became Rama III.

The prince favored Chinese-style art, and therefore combined Thai and Chinese elements in the architecture and interior design of this temple, creating what was considered a “rebellious” break with tradition at the time.

Chinese motifs with Siamese painting techniques adorn the walls and ceiling while the gables of the ordination and principal Buddha image halls are richly decorated with multi-colored, porcelain tiles, a well-known decorative technique from China. The outcome of this rebellious combination impressed many people, including Sir John Crawford, the British ambassador during the reign of Rama II, who praised the temple, in one of his accounts, as the most beautiful in Bangkok.

The gallery at the back of the ordination hall features stone inscriptions of herbal medicine recipes. These stone tablets are about the same age as the stone inscriptions at Wat Pho, which is recognized as a Memory of the World by UNESCO. Behind the gallery is a chapel with a reclining Buddha statue similar to the famous Reclining Buddha at Wat Po, but smaller in size. This perhaps implies that Rama III brought the best of many worlds into his religious project. By the time you walk out of the Reclining Buddha chapel, the sun is probably directly overhead. It’s time to hail a tuk-tuk and head back to Talad Plu for another delicious feast.