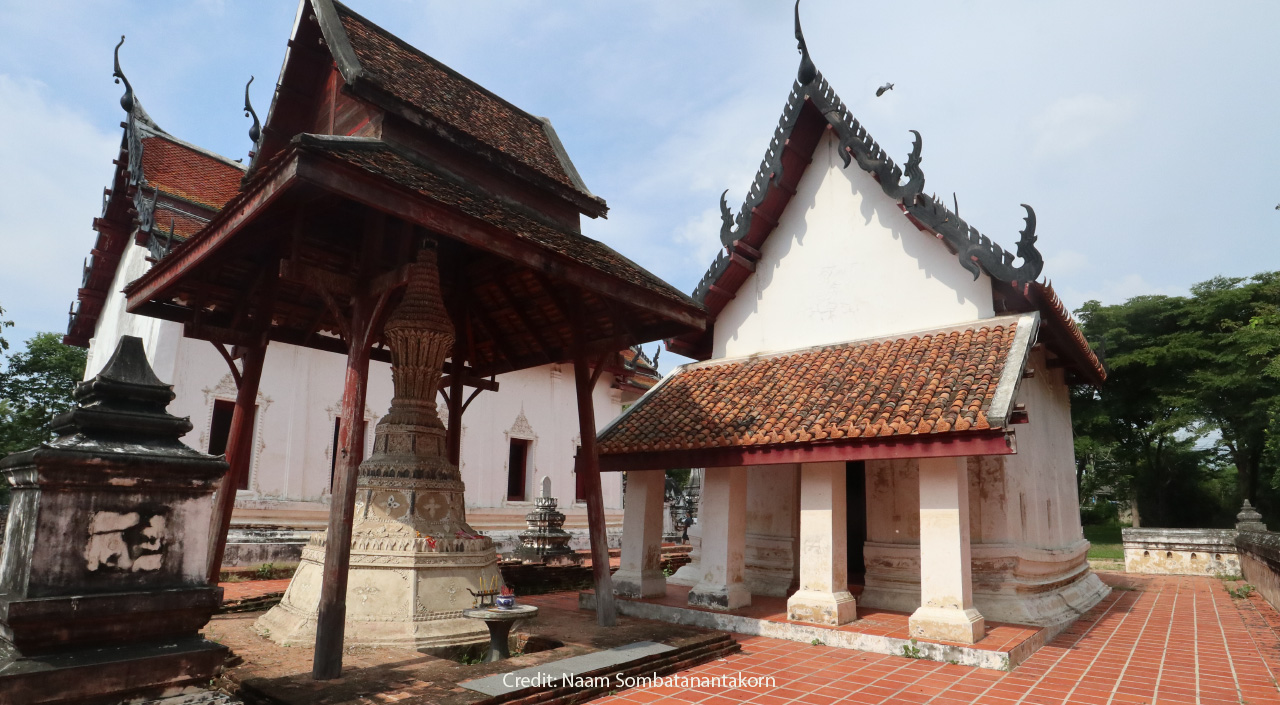 The Mon of Sam Khok

In Thailand, villages, districts, towns and other places are named after their most noticeable geographical feature or best-known natural resource. Bangkok means an area of olives (bang means a place near a small river and kok is short for makok or olive). Don Mueang (don is elevated tract, and mueang is city) means a city set on a high-lying area.

Areas around Bangkok are home to ethnic “Mon” people who migrated from Burma centuries ago and made relatively peaceful Siam their new home.

The Mons are an ethnic group indigenous to Myanmar’s Mon State near the border between Thailand and Burma. During the reign of King Rama II, a war between the two kingdoms broke out and triggered waves of Mon refugees who migrated to places in Siam including Ayutthaya and Nakhon Sawan provinces, and areas around Bangkok.

Among the Mon refugees were rice farmers and highly skilled craftsmen working with earthenware including pottery and water jars. Top-quality red bricks in Thailand are generally known as it mon (Mon bricks) as a tribute to the Mon’s superb craftsmanship. This type of red bricks is a mixture of rice husk ash, fine soil from sources near the banks of rivers and sand.

Most of the Mon migrants who were resettled in Sam Khok district in Pathum Thani province, were from Mottama in Myanmar. Sam Khok, or “three small hills” (sam is three, and khok is a small hill), was mentioned in a French map in the late 18th century and described by a French explorer as a small town by a cruising canal and a sanctuary for Mons who lived peacefully in their new hometown.

According to historians, the name “Sam Khok” refers to the three elevated areas of Pathum Thani that were spared from seasonal flooding during the rainy season unlike most low-lying areas of the Central Plans. 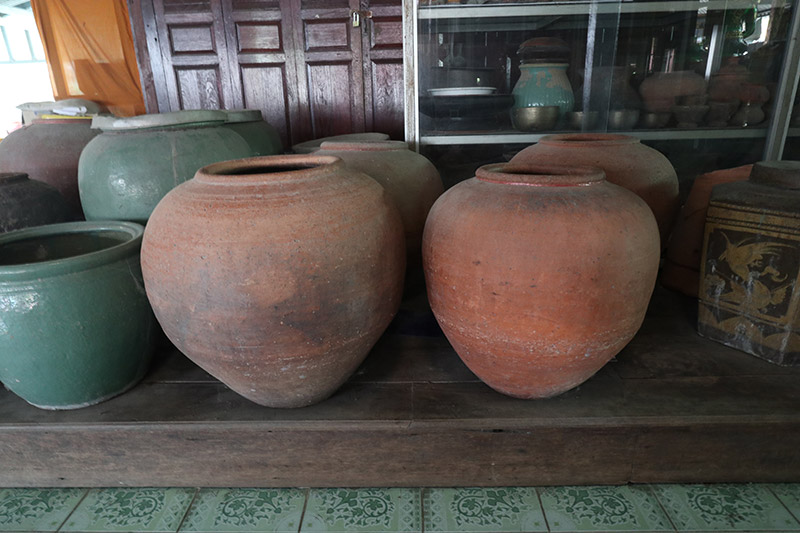 The district’s most famous product is “toom Sam Khok” or Sam Khok water jars. Called “toom-ee-loeng” by the Mon, this type of water jars is used primarily to store cool rainwater (because of its thick wall) and comes in different sizes.

To keep the water cool inside the jars during the summer, locals would sink the jars halfway into the ground underneath the elevated floor of their houses (built on silts).

Sam Khok Mons and their peers in other areas sold their famous wares in Bangkok. In those days they traveled by boat to the capital city along the Chao Phraya River with their cargoes destined for different markets in Bangkok. These included Khlong Ong-Ang (now a quiet residential area on the Khlong Rop Krung in Bangkok’s Rattanakosin Island) and Ee-Loeng market, which was renamed “Nang Loeng” in the 1940s by Prime Minister Field Marshal Plaek Phibunsongkram. Ee, as a offensive title used before women’s names, was replaced by the polite honorific nang (Mrs). Sadly, today water jars have all but disappeared from Bangkok markets.

In 1815, King Rama II’s visit to Sam Khok brought a significant change to the area. When people heard of their king’s visit via the waterway, they gathered along the river banks and welcomed the monarch by offering him lotus flowers. As a result of this trip, the king gave the province a new name, “ Pathum Thani ” (“City of Lotus”). 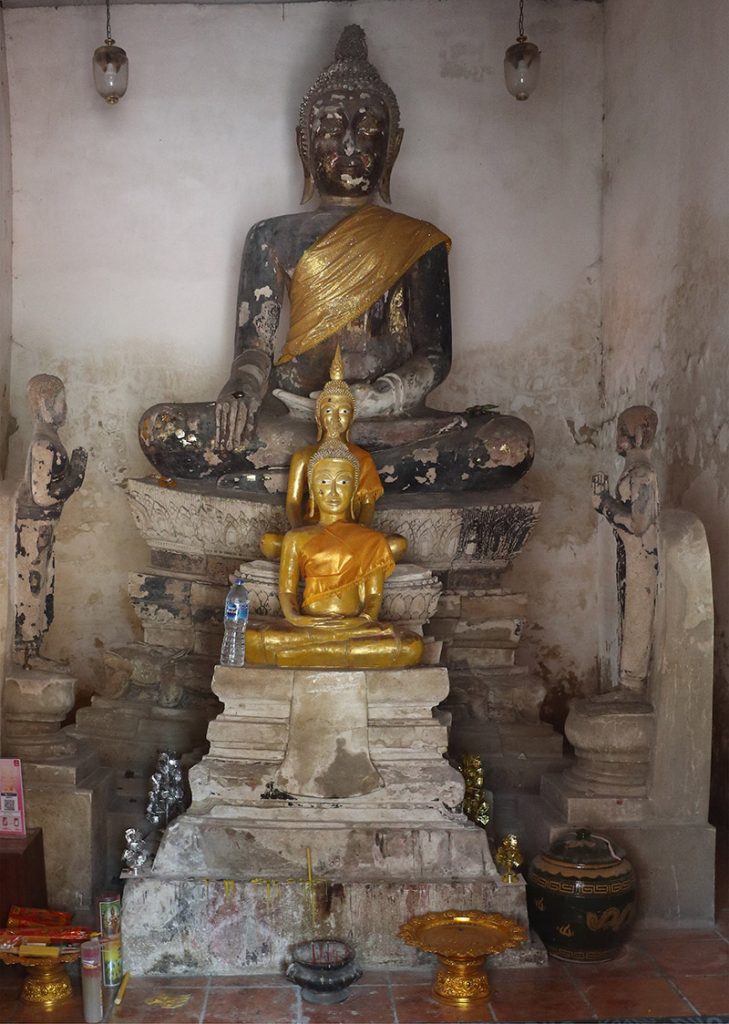 A typical half-day trip to Sam Khok isn’t complete without a visit to the site of antique kilns in the morning. The kilns date to the Ayutthaya period. At the antique kiln site, visitors can learn about the origins of earthenware and how it was made. Opposite the kiln site is Wat Sing. The temple, especially the ordination hall and the principal Buddha image hall, is known for its Ayutthaya-period architecture and murals. The stupa in front of the ordination hall enshrines ashes of Phraya Krai, a member of the Mon royal family who spent his twilight years in monkhood at this temple. 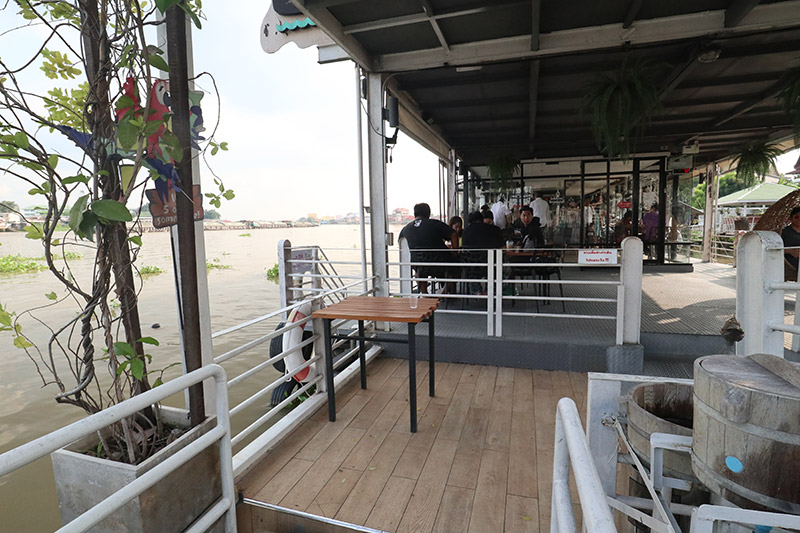 The principal Buddha image hall’s wooden gables known for their exquisite carvings have stood the test of time for almost 200 years. The temple also exhibits antiques and artifacts found around the temple area, including Ee-Loeng water jars. Finally, the best way to end this day trip is by visiting Baan Nhuer Nham restaurant situated on the river banks and enjoy the scenic views.