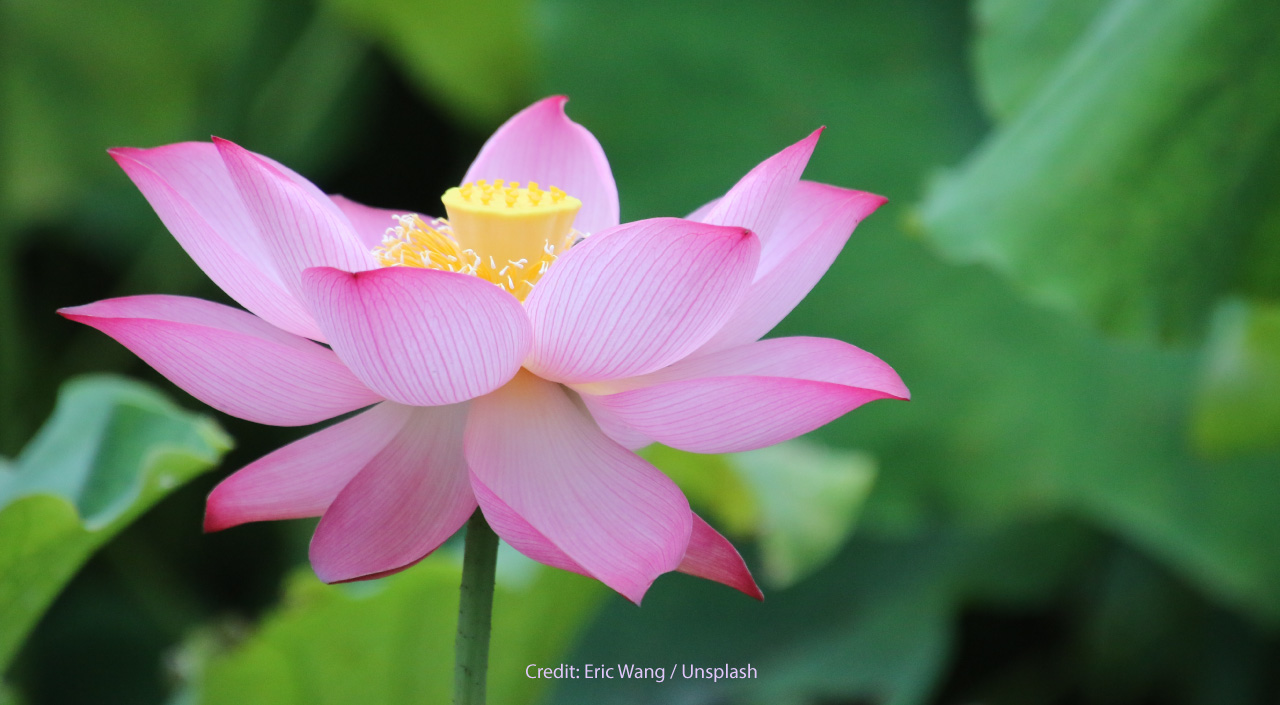 Around late March and early April, the denizens of the northern hemisphere are looking forward to the arrival of spring with eager anticipation. This is when the weather gets warmer and towns are filled with beautiful blooming flowers of different kinds. The first time I did the O-Hanami (Japanese for “flower viewing”) was in Washington, DC. The city came alive thanks to the breathtaking beauty of the cherry blossom or sakura that drew lots of flower viewers like those in Japan. The experience brought back lots of my childhood memories of the ubiquity of colorful indigenous flowers in nature that felt like paradise .

The following are some of the notable home-grown flowering plants that provide almost year-round visual delight in our own neighborhood without the need to fly out of the country:

Ton Khoon/Ratchaphruek
Ton Khoon, formally called Ratchaphruek, is a flowering tree well known for its bright yellow hanging blossoms, which are also considered Thailand’s national flower. Also known as the golden shower tree and Indian Laburnum, Ton Khoon is native to South Asia and Southeast Asia where it can be found in Myanmar and Thailand.

Ton Khoon is considered an auspicious tree thanks to its symbolic golden color and name – ton means tree and khoon is a homophone of the Thai term meaning “multiply”. It’s believed that the plant will multiply its grower’s riches.

Ton Khoon is a medium-sized tree that grows to a height of 10 – 20 meters and is in blossom during the summer time. This plant loves the sun and grows well in sun-soaked Thailand. Ton Khoon’s dark old pods make for an excellent laxative when boiled in water. Its young pods are used as a popular herbal remedy for removing phlegm from your throat. The flowers can help treat gastric ulcers.

Dok Bua
Dok Bua ( dok means flower, bua means lotus) is the term used to call both the lotus and water lily, while in English these two terms refer to different types of aquatic plants. The main difference of these two plants is the fact that the leaves of the  lotus (Nelumbonaceae) rise above the water while those of the water lily (Nymphaeaceae) float on the surface.

While the white water lily is the national flower of Bangladesh and the blue water lily is the national flower of Sri Lanka, the lotus is known in Buddhist countries as a sacred flower due to its association with the Buddha’s birth. Lotus flowers emerged from the ground when the Buddha was born and bloomed under his feet during his first steps. Also, the lotus blooming above the water symbolizes the stage of enlightenment when the mind is clear and soul awakened, resulting in the \ realization of the truth of life.

While the flowers are used as offerings to the Buddha, many parts of Dok Bua can be used as food and medicine. Its seeds are an energy source, high in protein and possess antioxidant properties. Its leaves are used to wrap steamed rice and its edible stems end up in a Thai curry. An infusion of lotus roots is a natural sore throat and cough remedy.

The best time of year for Dok Bua flower viewing is from December to February and the best place to see a sea of red water lilies is at Nong Han Kumphawapi Lake in Udonthani province.

Nang Phaya Sua Krong
During the “winter” time in Thailand, you can experience Thailand’s own “sakura” without having to fly overseas. In Chiang Mai, as in some other northern provinces, you can view Nang Phaya Sua Krong or the wild Himalayan cherry (Prunus  Cerasoides) that usually grows higher up in the mountains at an elevation of 1,000 to 2,000 meters above sea level. The flowers can be found in parts of China and India as well.

In Chiangmai, you can find these beautiful pink flowers at many places such as Doi Inthanon, Doi Chiang Dao, Huay Nam Dang, etc. The blossoms of Nang Phaya Sua Krong are at their peak during December to February. This is when the landscape is entirely covered with the sweet pink flowers looking similar to the sakura blossoms in Japan, hence its nickname “Thai sakura”.

Commercial Flower Viewing
There are many types of indigenous or exotic flowering plants commercially grown for tourism, especially in the north and northeastern of Thailand where the weather is cold enough to maintain the vitality of the flowers. One of the most popular destinations not too far from Bangkok is Lopburi where you will find bright orange sunflower fields starting to show off their beauty from November. After a day out taking pictures of the flowers, you can also indulge in shopping for healthy sunflower seeds prepared from the previous season.

The lovely pink cosmos flowers garden at the Jim Thompson Farm in Nakhon Ratchasima is also something you may not want to miss, although the farm is only open exclusively in December every year. Another must-see is the Floral Park at Wang Nam Khiao, also in the same province. This is where you will find a wide variety of local and exotic flowering plants in the farm’s beautiful rustic landscape.

For those who love tulips, there’s no need to travel far to the Netherlands anymore. Just fly or drive up to Chiang Rai province during December or January when the Chiang Rai Municipality welcomes visitors with a field of colorful tulips to  promote its renowned annual Flower Festival.

Flowers are symbols of hope and a new beginning. In Thailand, there’s no shortage of magnificent flowers. Just take a break and venture out to soak up the beauty of a field of flowers near you. These wonderfully fragrant, colorful gifts of nature can surely lift your spirits and enliven your day.