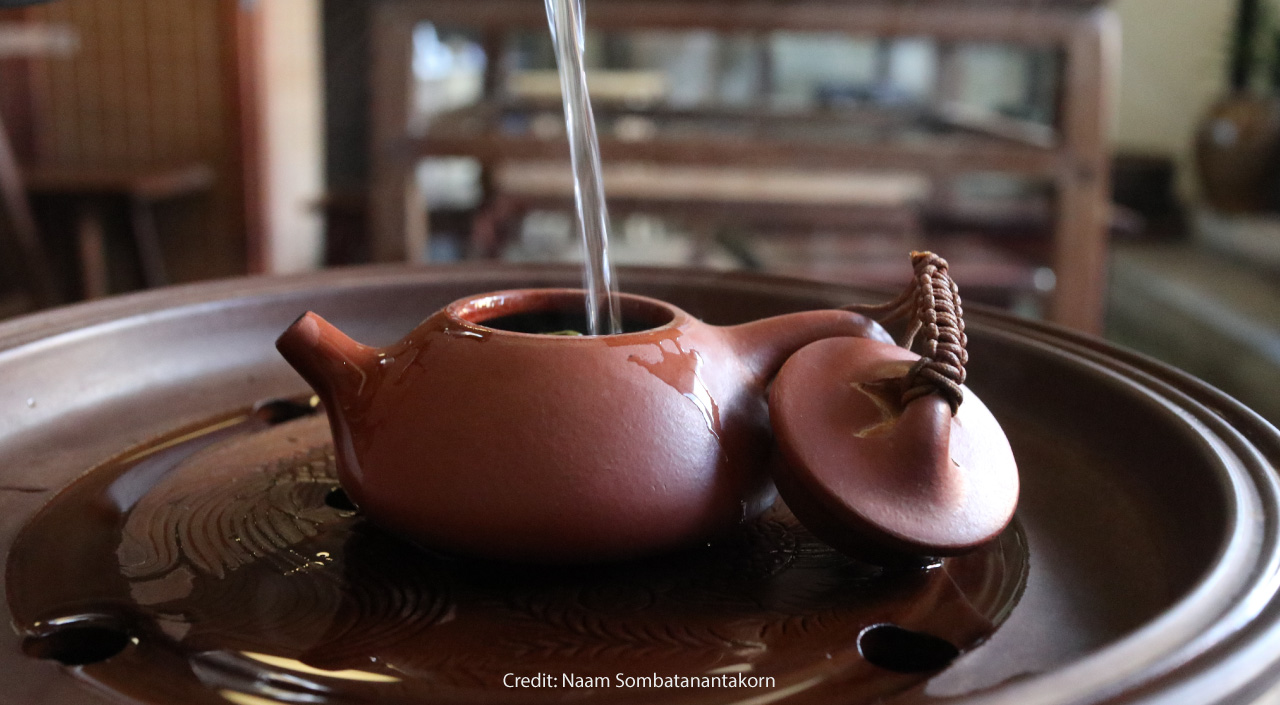 Tea, from Past to Present

The Chinese have been brewing tea for more than 4,000 years. Legend has it that the emperor Shennong, himself a keen herbalist, was boiling water under a tea bush when a dried tea leaf accidentally fell into the pot. He found the infusion refreshing and soon he developed a taste for it and got into the habit of adding more cha (tea) leaves into his boiling kettle from then onwards, thus creating one of the world’s most popular hot drinks, tea.

Whether this is a folkloric tale or just a clever ploy to promote consumption of clean drinking water, tea drinking is a deep-rooted tradition that’s been part of Chinese culture for millennia. It’s believed that tea was first used as herbal remedies during an outbreak of cholera. Drinking water was boiled to kill germs, but people found it hard to consume plain boiled water when ill. So, they put dried tea leaves into the drink to create a satisfying aroma and taste. That is why the Chinese have a sip of hot tea throughout the day. 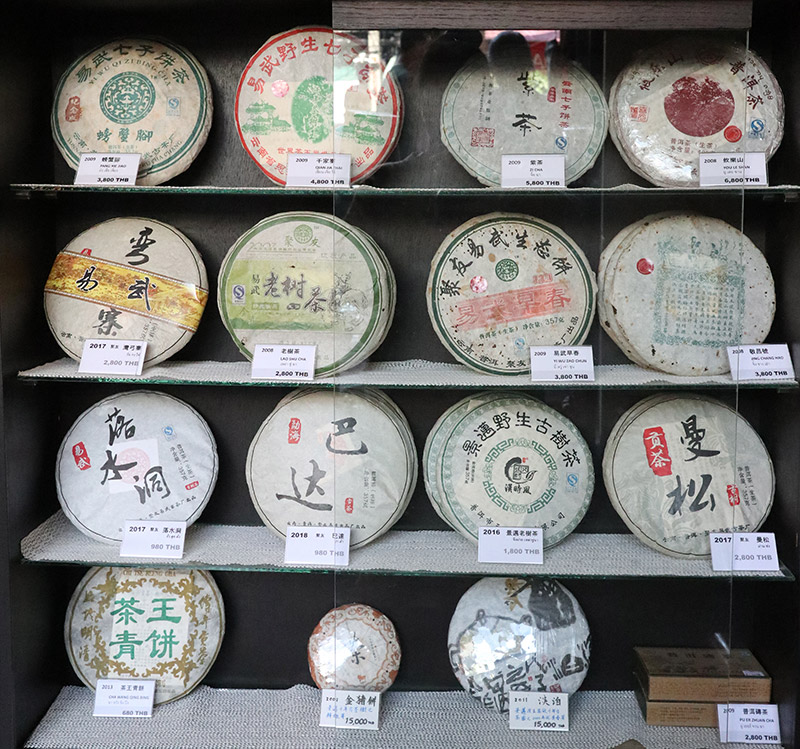 In the early days, tea was harvested and sun-dried for year-round consumption. Due to its benefits and popularity, tea farmers devised new ways of tea preservation. Disks or lumps of compressed dried tea leaves were produced for mainly horseback transportation. Exposed to the elements like heat and humidity and subjected to different climates of remote markets, some of the tea cargos turned bad. However, farmers found that the bad tea tasted even better, and so tea fermentation was developed to produce a range of flavors and aromas.

During the Han dynasty (206 BC – 220 AD) there were six land routes of tea exports or “Tea Roads”. However, it was not until the 17th century that the West had its first taste of tea as a result of Amsterdam’s tea imports from China by the Dutch East India Company. During the colonial era, the British brought commercial tea production to Assam, India in the hope of breaking China’s stranglehold on the tea market.

It’s believed that tea was introduced to Thailand sometime during the Sukhothai era when the kingdom had diplomatic relations with China. However, it was during the Ayutthaya era when tea was first mentioned in a book titled Du Royaume de Siam written by French diplomat and writer Simon de La Loubere. The book portrayed his observations of Siam and its people during his time in the country. At one stage, the writer described a host serving tea to welcome guests and the brewing method used to make tea. 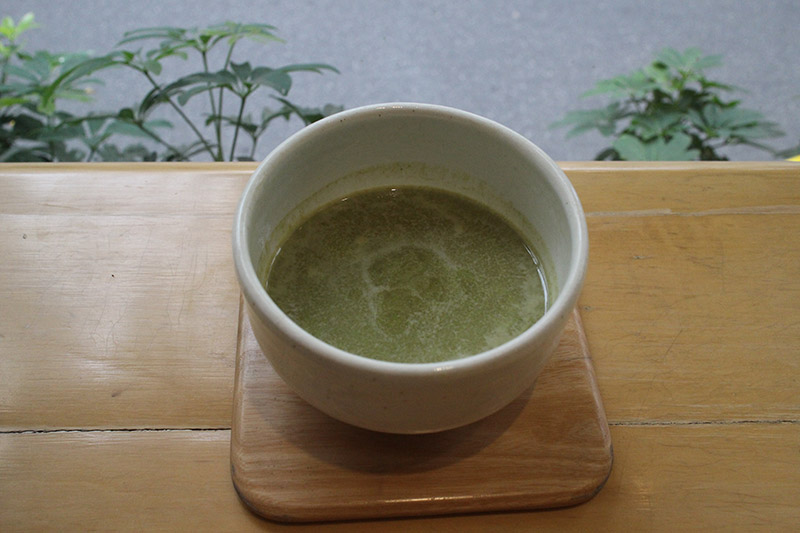 Nowadays, there are several ways to consume tea. Tea is served cold, blended, iced, or even made into ice cream or jelly. Teas are divided into three categories: fresh tea, semi-fermented tea and fermented tea.

Fresh tea comes from fresh tea leaves that have been harvested, immediately steamed, and then dried. The process of harvesting starts best before the first light of the day and should be done quickly to retain the original flavor and the important enzymes making this type of tea perfect for being an antioxidant agent and sipping throughout the day instead of plain water. Examples of fresh tea include green tea and white tea.

Semi-fermented teas undergo 20% to 70% fermentation, which destroys the chlorophyll in the tea during the process. The tea develops a more tender green color with aromatic flower scents subjected to the condition during fermentation. The products from this procedure include polyphenols, which help relieve inflammation, and mild caffeine that helps promote digestion and reduce fat, hence semi-fermented teas such as oolong are mostly served after a meal. 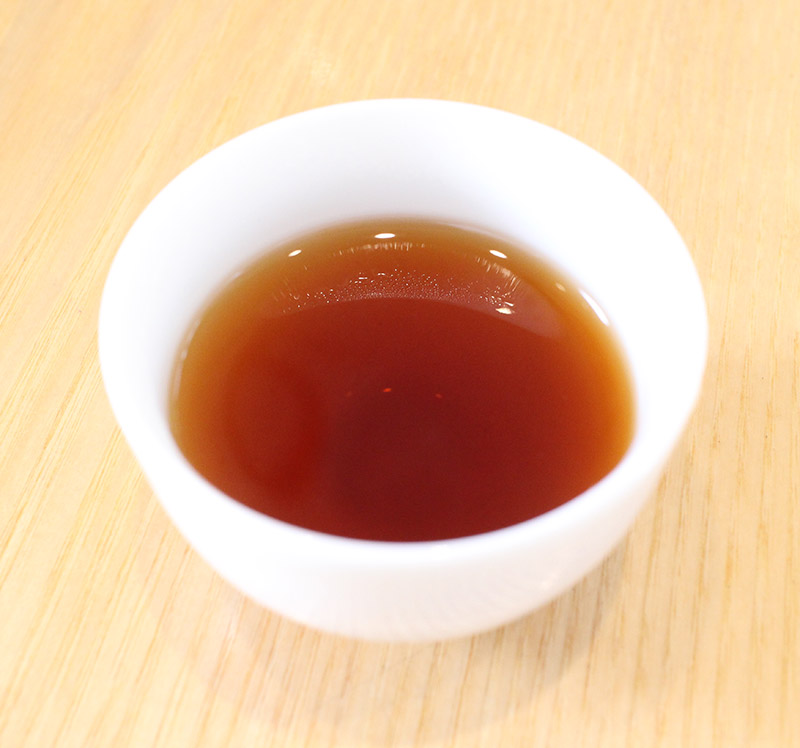 Fermented teas undergo 100% fermentation. Wellknown fermented teas include black tea or pu-erh in Chinese. The color of the tea is brown-to-dark brown and the aroma is stronger, sometimes with added floral or fruity scents. The level of caffeine and polyphenols are intense (but still less than those in coffee), and can be served to help patients with diarrhea or mild stomach problems. Fermented teas are usually served during a meal. 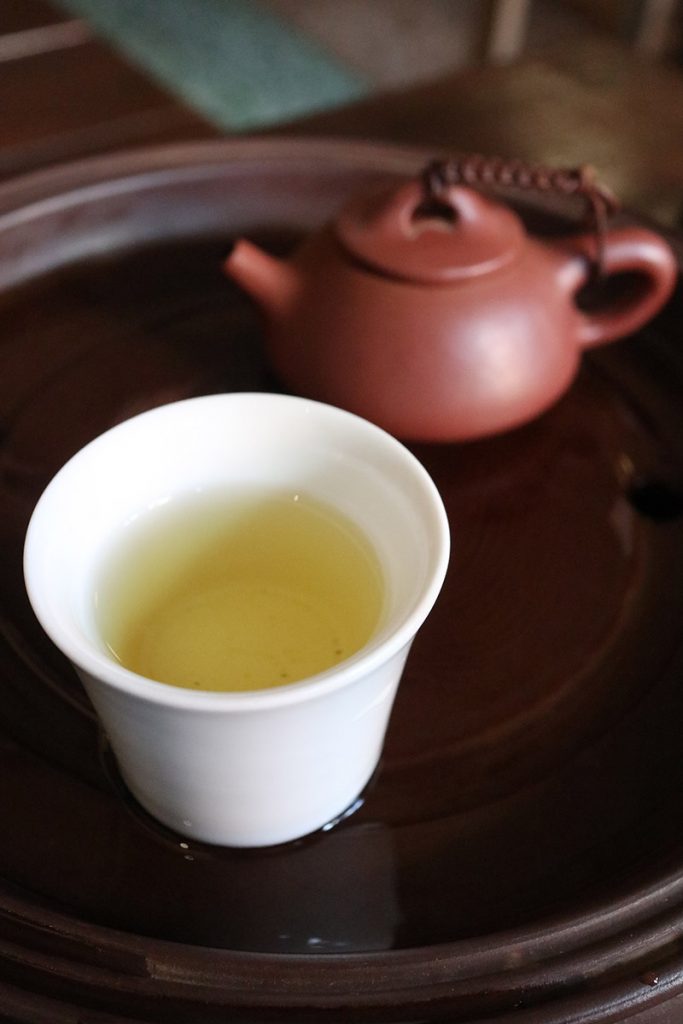 The way tea is brewed is also important. Brew in a small pot and pour the tea out after each serving to get rid of the excess caffeine (the longer you brew the stronger the caffeine). Always keep the tea warm by pouring hot water and leave it for a few minutes before consuming. Hot tea contains catechin and theanine, which help block oxidation and relax your body. Don’t leave your tea in the pot too long because besides the astringent taste, tannin in the tea would draw calcium and magnesium out of your body.

So, which tea is the best? The best tea is the tea you like. Give different types of tea a try and choose the flavor that tickles your fancy. Refrain from ready-to-drink and instant teas as they are high in sugar and caffeine. Make sure you observe how your body reacts to each type of tea. Relax and enjoy your cup of tea!