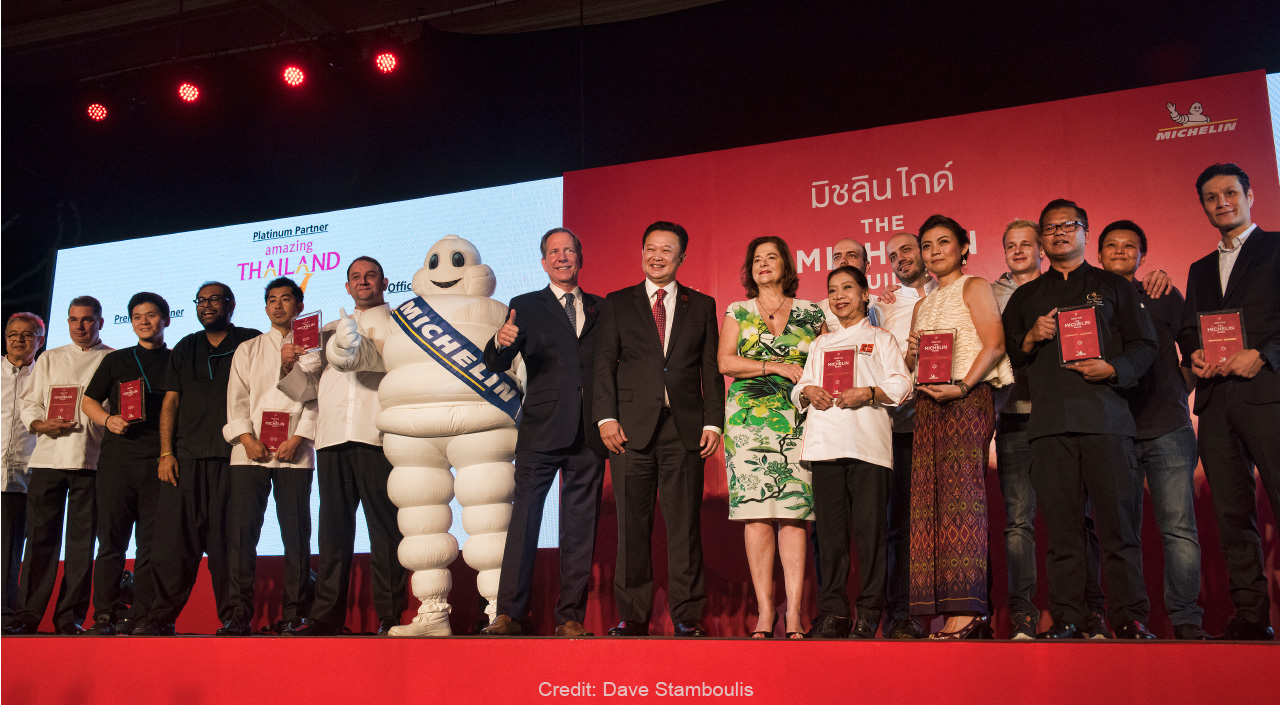 The Bangkok sky got a bit brighter with the close of 2017, as the much anticipated arrival of the Michelin Guide Bangkok became a reality, with 17 restaurants being honored with a total of 20 prestigious stars. The awards were celebrated with a gala black tie dinner atthe Siam Kempinski Hotel, with a six coursedinner being prepared by Michelin-starred chefs fromaround the world and those in attendance enjoying cutting edge cuisine, fine wines, champagne, and entertainment from the Royal Bangkok Ballet to complete the fete. 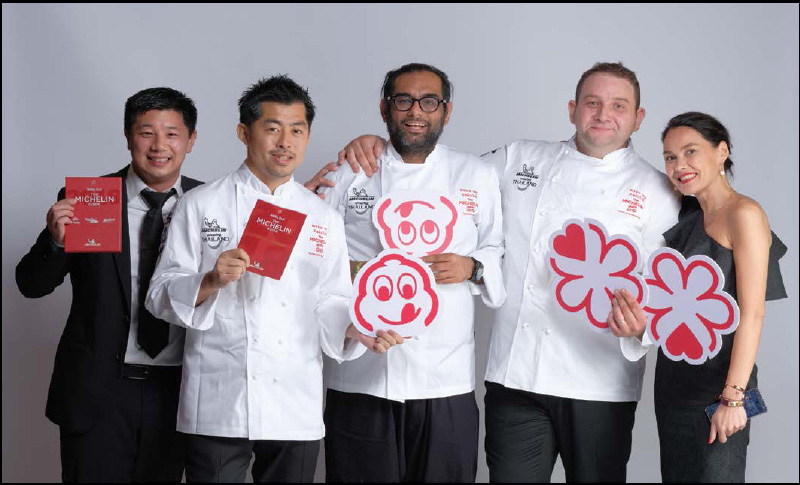 Michelin’s most coveted prize, the awarding of three stars, is absent in the Bangkok guide,but three restaurants took home two stars. Gaggan, the progressive Indian standout run by Chef Gaggan Anand was a two-star winner, as was Le Normandie, the classy French restaurant at the Mandarin Oriental, and rounding out this class was Mezzaluna at the Lebua Hotel. 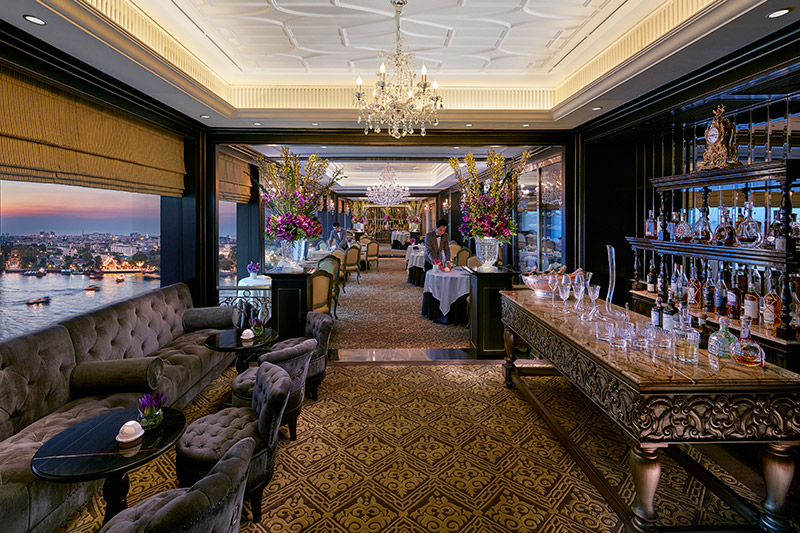 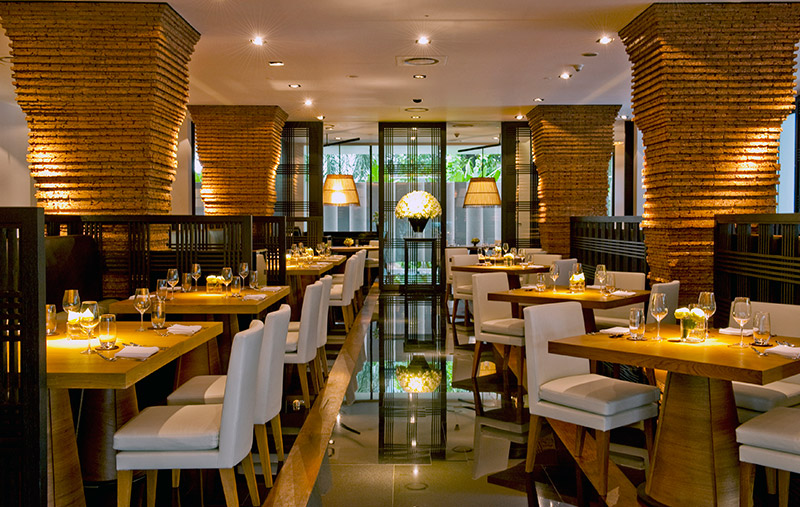 The biggest Thai award surprise of the night though went to Jay Fai, the hole-in-thewall street eatery run by a 70-year-old auntie famed for her pad kee mao drunkard’s noodles and rad na dishes, making it just the second street food city to get a starred restaurant after Singapore’s street hawkers won a couple several years ago.

Rounding out the list were five French and European contemporary dining establishments: L’Atelier de Joël Robuchon, Savelberg, Elements, J’AIME by Jean-Michel Lorain, and Sühring, run by German twins Thomas and Mathias Sühring. Along with their European counterparts are Ginza Sushi-Ichi, the lone Japanese winner, and the fusion and craft beer pairing restaurant Upstairs at Mikkeller Bangkok, presided over by Korean-born chef Dan Bark.

All the hoopla aside, and in spite of the various critics of the awards who claimed that the inspectors didn’t really know the true Thai palate or that only high-end restaurants were honored (Jay Fai may be a simple shophouse eatery, but does charge more than ten times the normal price for a plate of rad na), there are positive takeaways from the arrival of the guide in Bangkok.

First of all, and much to Thai Tourism’s delight, the awards will bring countless numbers of gastro-tourists and foodies from around the world to Bangkok. As Chef Gaggan remarked, “Bangkok has gone from being the world’s street food capital to being the world’s gourmet capital.”

Additionally, the Michelin awards aren’t only about the starred restaurants. There are a total of 98 restaurants listed in the guide, with 28 street food shophouses also getting named (restaurants must have a physical address, so pushcarts or  trolleys cannot be listed), continuing Michelin’s trend in Hong Kong and Singapore to recognize local culture.

There are also awards for Bib Gourmand, which are restaurants that provide great quality for good price (in Bangkok’s case, less than 1000 baht for a full dinner), with all the street eat selections getting a Bib Gourmand, along with 17 other  selections like Soul Food Mahanakorn, Krua Apsorn and Khua Kling Pak Sod, all noted for excellent Thai cuisine.

Finally, there are also Plate awards, with restaurants like The House on Sathorn or Le Du, who didn’t receive stars, yet highly worthy of a visit, listed here. With all this recognition, you can be sure that the authorities won’t be trying any more “let’s clean up and get rid of street food” tactics any longer. 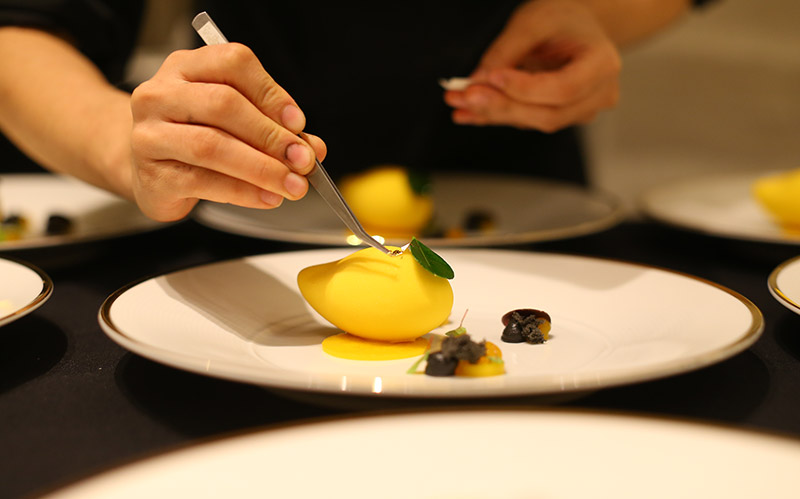 In addition to all the food tourist attention that Bangkok will be receiving, the culinary scene here itself will elevate even more. Young and talented chefs from around the world like to move around, and the opportunity to work in Michelin-starred restaurants looks pretty appealing on a resume, so with all of its official listings, the visiting chef pool should be a continuous upgrade.

Local suppliers will also be in demand. With Michelin restaurants comes greater need for high-end ingredients, whether they be avocados or truffles. Local entrepreneurs will now have further incentive to grow organic produce or fruit, and there will be plenty of buyers.

Most importantly, the Michelin Guide’s arrival has showcased Bangkok as an incredibly diverse and cosmopolitan city. International Director Michael Ellis said it best when he remarked, “You have a Japanese chef cooking French food in an Italian-named restaurant in Bangkok” (referring to Mezzaluna’s Ryuki Kawasaki). And not only are fancy foreign restaurants showcased, but in one night, the number of starred Thai restaurants in the world more than doubled.

Even the winning chefs themselves paid much deserved credit to their staff, with Le Normandie’s Arnaud Dunand Sauthier saying, “These awards show that Thais can successfully cook Italian, French, or any other cuisine they set their mind on,” and Nahm’s David Thompson playfully remarking, “All of our success is created by the staff. I don’t do anything except come and pick up awards.” 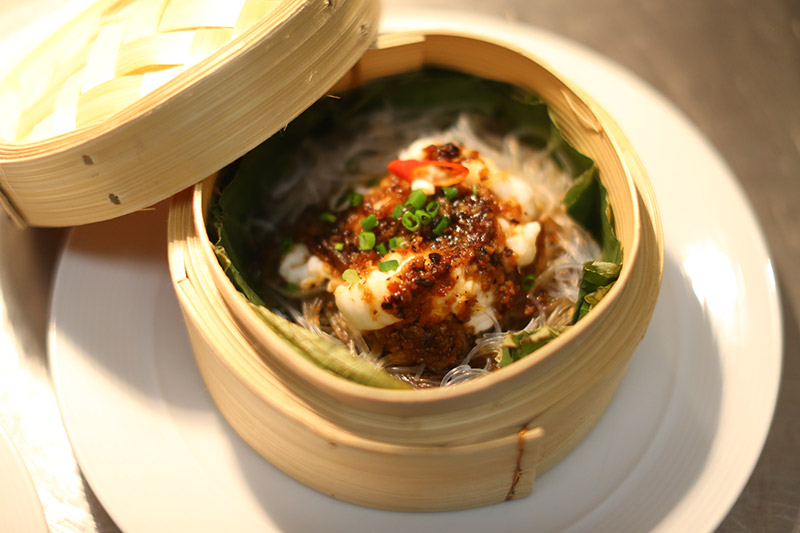 Thai cuisine has long been at the forefront of the world’s top gastronomic offerings, so it’s nice to see international accreditation and attention being given to it on such a large scale. It’s a great time to get out and explore all the wonderful culinary treats that Bangkok has to offer….just don’t go over to have a plate of pad kee mao at Jay Fai any time soon. As Chef Gaggan quipped at the end of the Michelin award evening, “This will be the last night you’ll be able to get a table at Jay Fai for the next few years!”