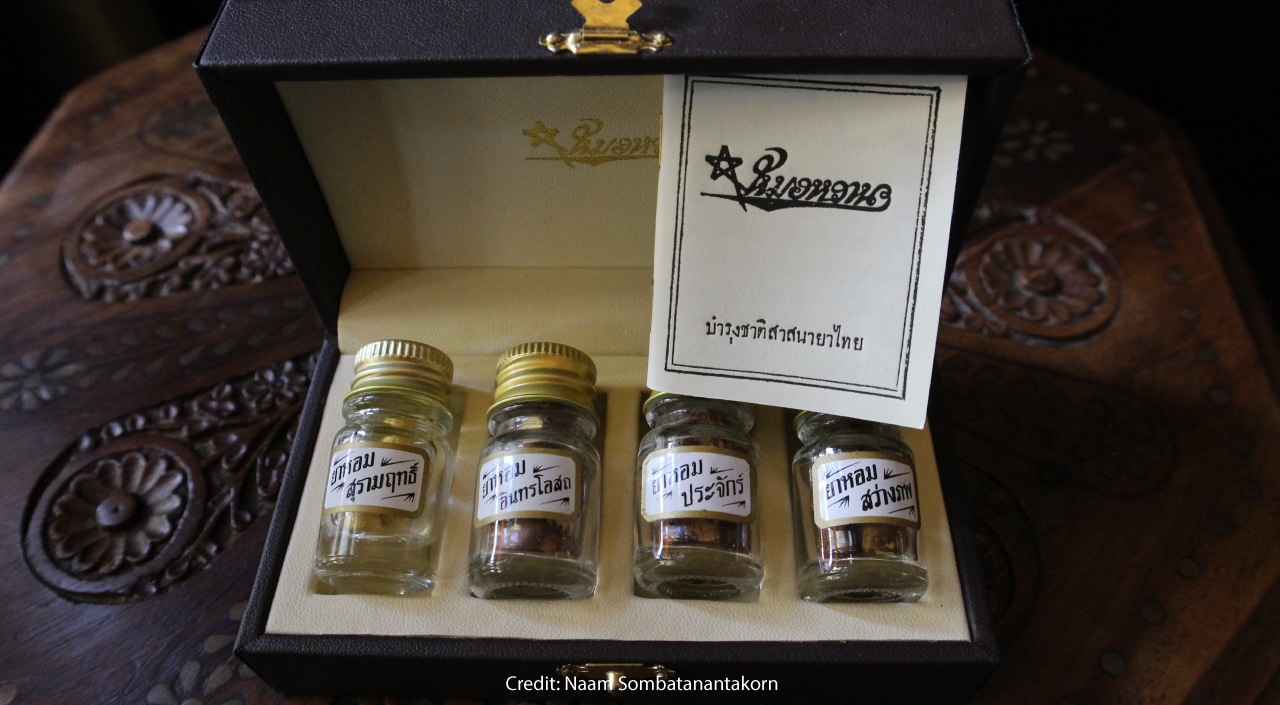 One of the Buddha’s greatest teachings is Arogya Parama Labha, meaning “Heath is the greatest gift.” This means that people should take care of their health and never take it for granted. In the old days, it was customary to give traditional, herbal medicines as gifts to the elders as a way to wish them health and longevity. Traditional medicine practitioners have been around for ages and are here to stay despite the popularity of modern medicine.

Knowledge Etched in Stone
In the past, traditional remedies were taken to prevent and cure illnesses and simply maintain good health. The knowledge of traditional Thai medicine has been passed down from generation to generation by word of mouth and through apprenticeships, but there was no proper record until King Nangklao (Rama III) ordered scholars to inscribe the vast body of knowledge of Thai healing practices into a collection of 1,431 stone inscriptions called the Epigraphic Archives of Wat Pho, and install them along the walls of Wat Pho for the sake of public learning. This led to the foundation of what was considered the first university of Siam.

It took scholars ten years, from 1831 to 1841, to record this canon of traditional Thai medicine and other ancient art and skills, including Buddhist precepts, literary works, poetry, and massage therapies and yoga. In 2011, the stone inscriptions of Wat Pho were recognized by Unesco as registered “Memory of the World”.

Introduction of Medicine Men
In 1923, the government issued the Medical Profession Act to register all traditional medicine practitioners and those related to the medical profession so that it could systematically regulate the profession. The practitioners were divided into four areas of expertise: physician, apothecary, midwife and chiropractor (or masseuse). However, to register, the practitioners would have to set off on a time-consuming, arduous journey to Bangkok given limited public transportation back then.

To avoid the hassle of traveling and endless red tape, they decided not to venture to the capital and instead styled themselves as unofficial tradition healers who used herbal remedies to treat health conditions among villagers. With no real support from the government and the modern medicine making inroads into different strata of Thai society, the popularity of traditional herbal medicine slowly waned. 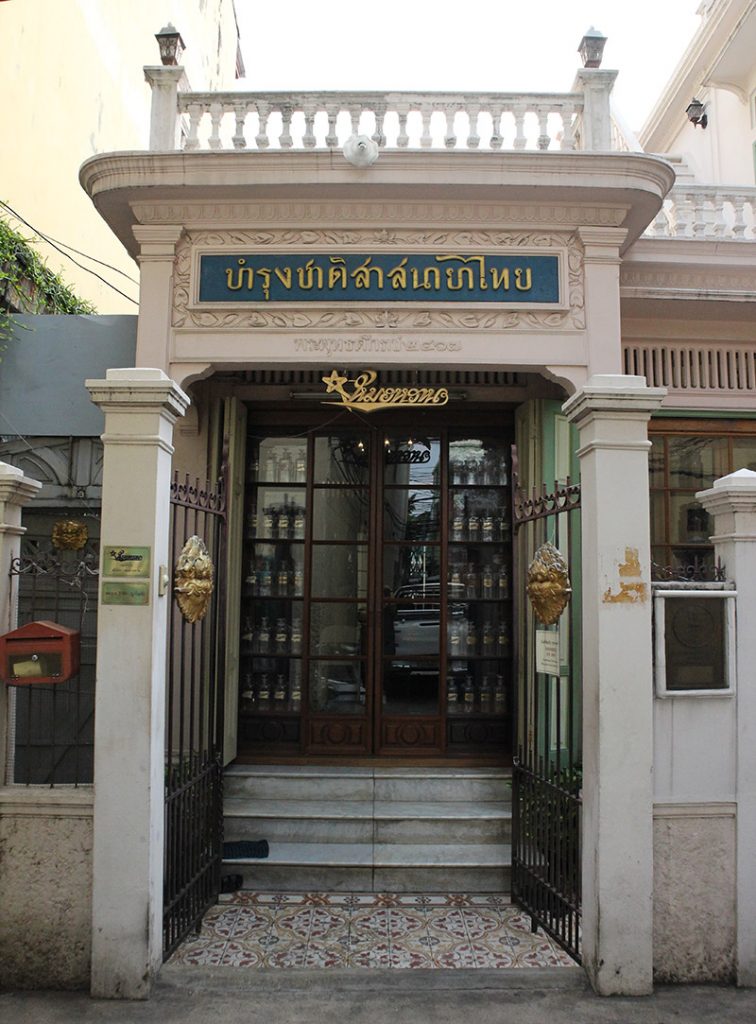 Baan Mowaan – Back to Nature
Only until a few decades ago when many were experiencing the negative side effects of modern medicine, people began to turn to traditional or herbal medicine for alternative therapies.

Bamrungchat Satsanayathai, or more commonly known as “Baan Mowaan” (baan means “house”, mo means “doctor” and Waan is the name of the owner) is an example of how practitioners of traditional medicine learn to adapt to the changing times and thrive.

A colonial-style building situated near Bangkok’s Giant Swing, Baan Mowaan is where traditional medicines have been sold since its inception in 1920. Founder Mo Waan Rod-Muang who did not register his business as required but provided traditional cures through herbal medicines as well as the accoutrements of modern medicine such as stethoscopes found in those days.

Many traditional medicines were liquids and it was quite hard to prepare and consume, so Mo Waan developed different techniques to turn these potions into pills. He designed his own tablets and branded his logo on them in order to prevent fake drugs.

Today, Baan Mowaan serves as a semi-museum and a traditional Thai pharmacy, selling four famous yahom (cordial) recipes that are still regarded as perfect goodwill presents for the elderly. The main ingredients are jasmine root, bulletwood, ironwood, negkassar, and lotus root or saffron, mixed with other ingredients.

Herbal or botanical medicine is widely used around the world nowadays. The Thai Food and Drug Administration has registered many herbs as medicine, such as aloe vera, mints, cinnamon, etc. Since many traditional herbs have been scientifically proven to cure certain symptoms, more people are taking these herbs as alternative cures. However, please discuss with your doctor or pharmacist before you take any traditional or herbal medicines. And remember that the best medicine is no medicine at all – maintain good health, eat well, exercise regularly, and never take health for granted.