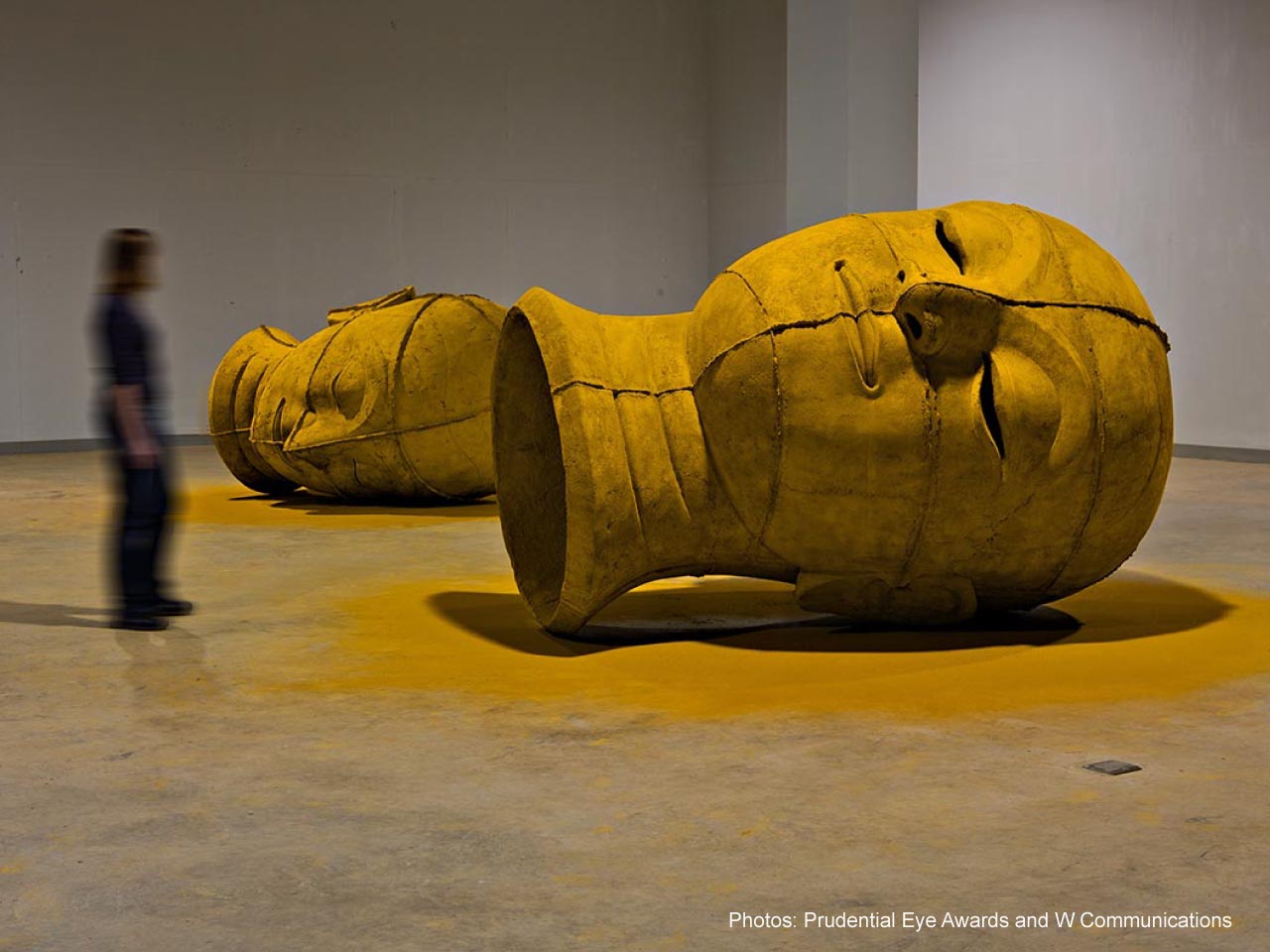 Not so long ago, most folks looked a bit confused when you mentioned the words “art” and “Bangkok” in the same sentence. A decade ago, a cultural evening for most Bangkokians meant a night of loud electronic music in a glitzy Thonglor or Ekamai dance club.

Oh, how times have changed! While not quite Paris or London yet, Bangkok has become home to a burgeoning art scene, and a perusal of any local publication will reveal a plethora of galleries, art spaces, and plenty of highbrow entertainment, much of it fuelled by homegrown talent. While some of the art movement certainly is new and novel, the leading Thai artists have actually been around awhile, but it’s just now that they are getting their due.

Witness the awarding earlier this year of Singapore’s prestigious Prudential Eye Awards’ Lifetime Achievement Award to Sakarin Krue-On, which recognized an artist with a superb international track record for his contributions to the field of Asian contemporary art over the course of a lifetime. 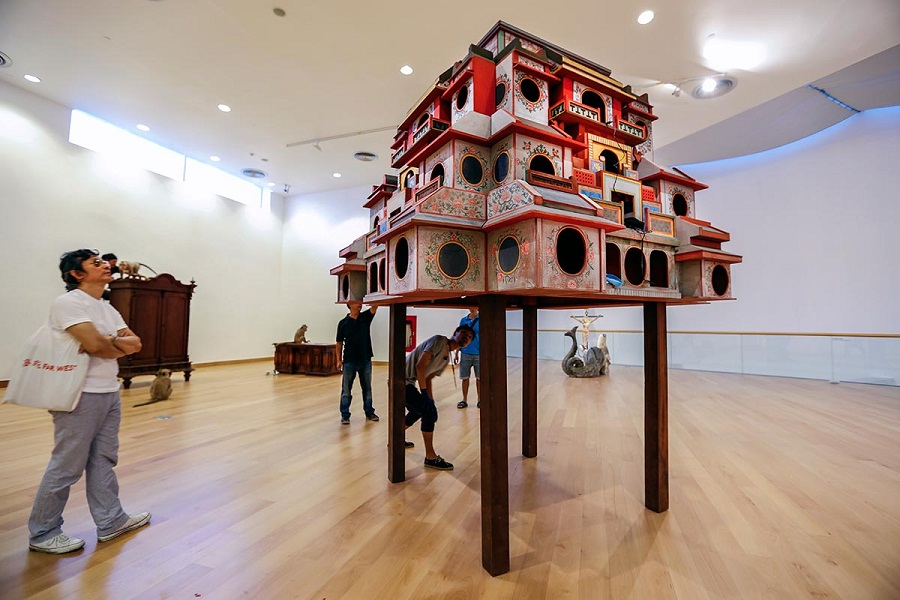 Sakarin Krue-On hails from Mae Hong Son province, grew up studying in schools in the U.S. and Canada, and got an art degree from Silpakorn University. He started exhibiting his artwork over thirty years ago, and won the Hugo Boss Prize given by the Guggenheim Museum in New York in 2004, in part for his work designing the first-ever Thai Pavilion at the Venice Biennale, as well as his exhibition Temple, in which he turned three gallery rooms into meditation spaces, with a focus on traditional Thai murals.

Further awards followed, with Krue-On being awarded the Thai Silpathorn Award for Visual Arts, and being invited to teach at Columbia University’s School of Arts. He travelled to Germany in 2007 to create a massive, fully-functional terraced rice field of some 7,000 square meters built on the side of a hill by the Schloss Wilhelmshöhe Castle at the Documenta 12 exhibition, which focused on colonialism and globalization. And he returned to the Venice Biennale and Thai Pavilion in 2009, this time creating a mock tourist office that featured loud posters and over-friendly locals as part of his humorous take on the mechanisms of the Thai tourist industry. 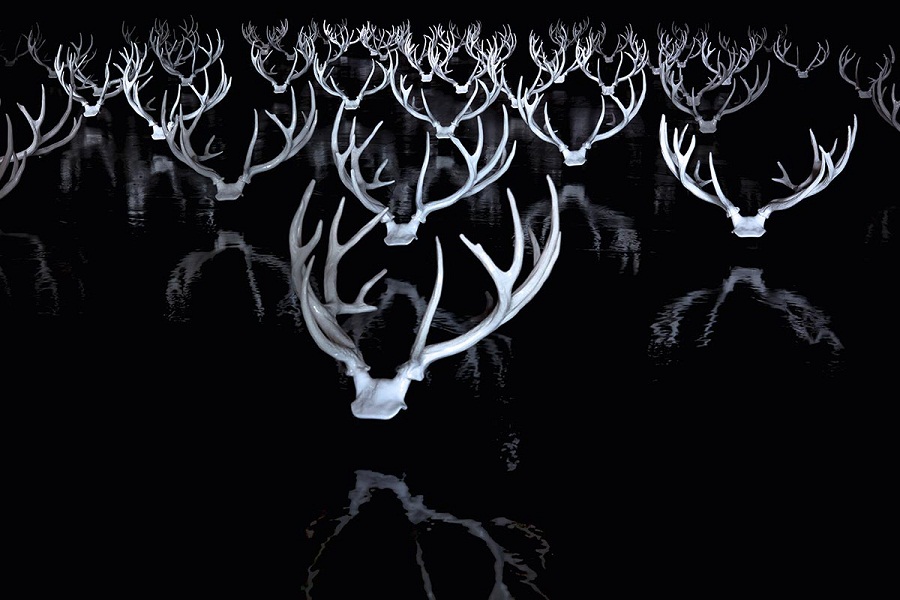 Krue-On has worked as a printmaker, sculptor, and video artist, and while his work focuses on Thai communities, he places them within contemporary contexts, while at the same time showcasing Thai traditions. Take Circle of Hope, a video projection he did of a traditional Thai goddess displayed as multiple images rotating with wildly colorful concentric circles set against a black background, mixing both technological imagery and traditional Thai motifs.

A more recent exhibition, Monkey In The House, displayed recently at the Bangkok Art and Culture Center, as well as in renowned Saatchi Gallery in London. The installation features a group of monkeys sitting in a reading room full of books that they are playing around with. Krue-On based the idea on the hundreds of real-life monkeys who live around his house, and whom he said will come in and wreak havoc if one leaves a door open to the outside.

As Krue-On worked on the project, he realized that the monkeys were not just causing chaos in his house, but were a representation of chaos in the wider world. He contrasted the reality of monkeys with the ones you see typically portrayed in Buddhism, which tend to show them covering their eyes, ears, and mouths as a symbol of serenity, and yet how in reality, there isn’t that serenity, and that the knowledge gained from a pile of books on the table does not ensure tranquility for the owner. Krue-On said he didn’t like the monkeys at first because he could not control them, but then he realized that he could control his inner mind, and through his Buddhist beliefs, he found that he could deal with chaos by achieving inner peace.

Another Bangkok Art and Culture Center piece was Rat House, in which a large-scale model of a Chinese palace poked fun of an old Thai-Chinese gambling game in which player guessed which hole a rat would run out of. Inside of the palace are silent black and white videos playing of the Barnes Maze, a 1970s psychological experiment that tested spatial learning in rats, seeing if they could find a safe escape in a maze. Here, the Buddhist notion of suffering is depicted by the hope for a way out, with the final realization that the end is just a run from one threat to another.

Krue-On, who is now the Associate Dean of the Faculty of Painting, Sculpture and Graphic Arts at Silpakorn University, gives great inspiration to the new generation of Thai artists, and tackles prevalent social problems with his art portrayals. In his exhibition, Cloud Nine, he pays homage to Bangkok’s soi dogs, depicting a group of porcelain ceramic street dogs sitting in a kitschy nouveau riche home. Part of the Thai title of the art piece is “empty hope”, meaning that the dogs can only dream of a better life, and Krue-On here takes to task the social inequalities and class divides of Thai society, as well as looking at the Buddhist take on the emptiness of dreams and self-delusion. It’s a powerful message and shows that there is a lot more than meets the eye when it comes to Thai art and its immediate future.