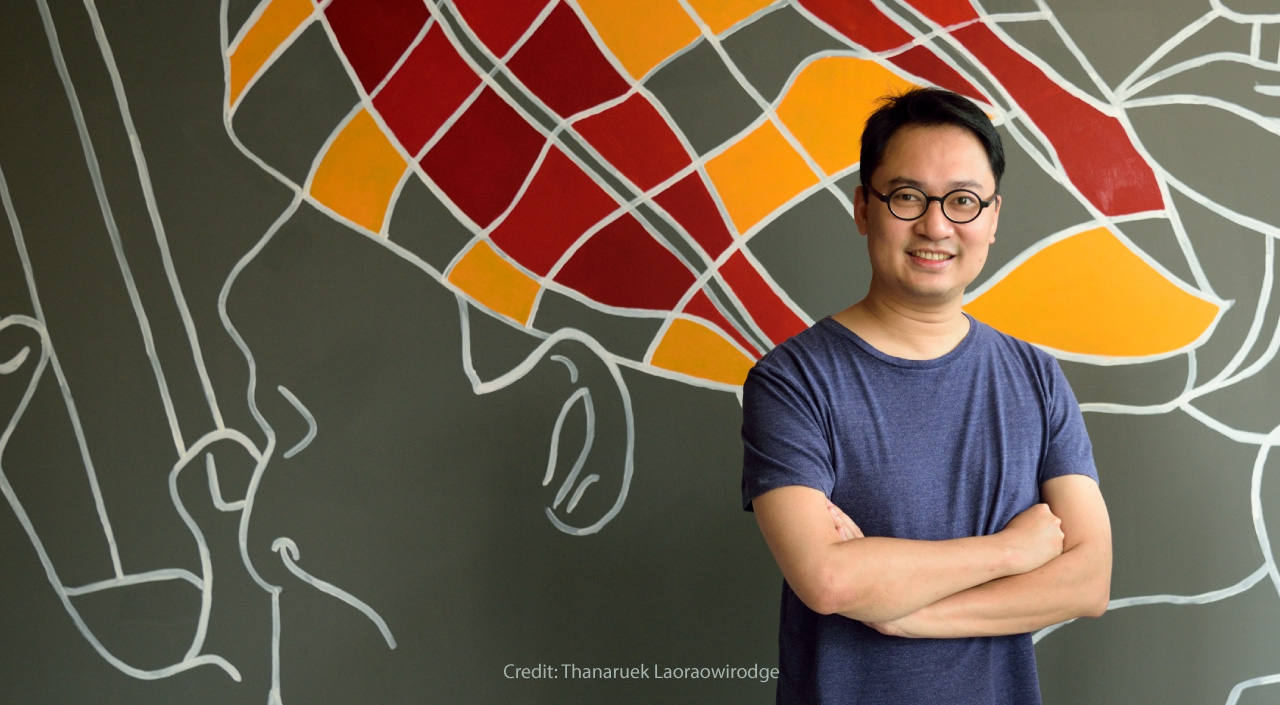 The food and beverage industry in Bangkok is unforgiving and ruthless, so when places come along that last, there must be something they are doing right. Thanaruek Laoraowirodge is someone who seems to have taken this to heart, and has become the city’s leading restaurateur, opening up friendly venues with great food and fair prices with so much success that I jokingly call him “King Midas”, as everything he touches seems to turn to gold. 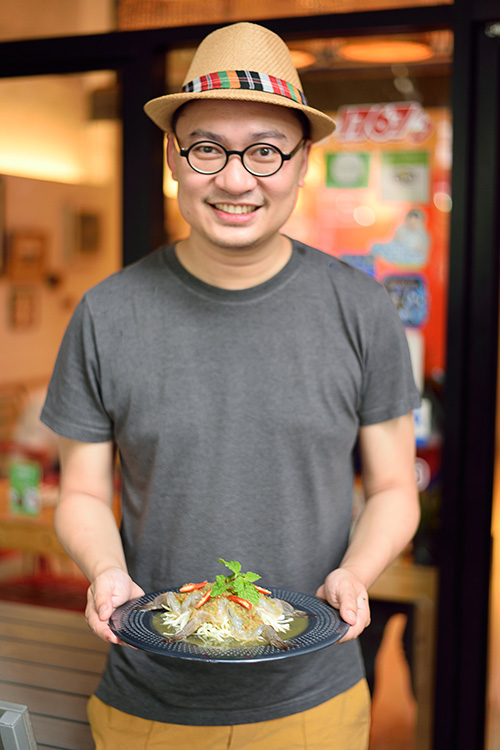 Laoraowirodge, better known as “Eh” to his friends, was born in Khon Kaen and studied at Assumption University and then Chulalongkorn University, before moving to New York to pursue a Master’s degree from NYU. Back in Bangkok, he and several friends decided to open up Minibar Royale, a New York bistro with Parisian touches, and it was here that he got his first taste of the restaurant business. 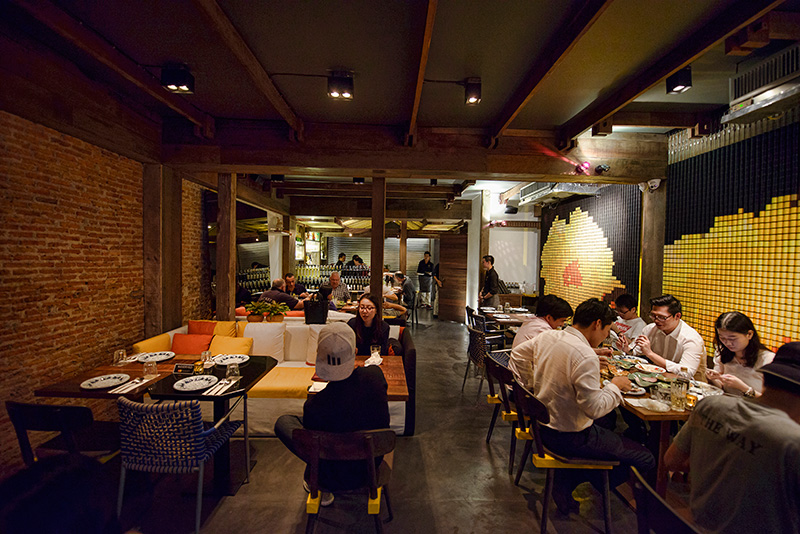 After this, Eh went international, opening up Somtum Der, an Isaan eatery in New York, which went on to be awarded a Michelin star, and finally launching Supanniga Eating Room, a homey and laid back spot featuring hard to find authentic Thai recipes. Several recipes were influenced by his grandmother, a native of Trat on Thailand’s eastern seaboard, and the dishes she prepared for Eh when he was a child. 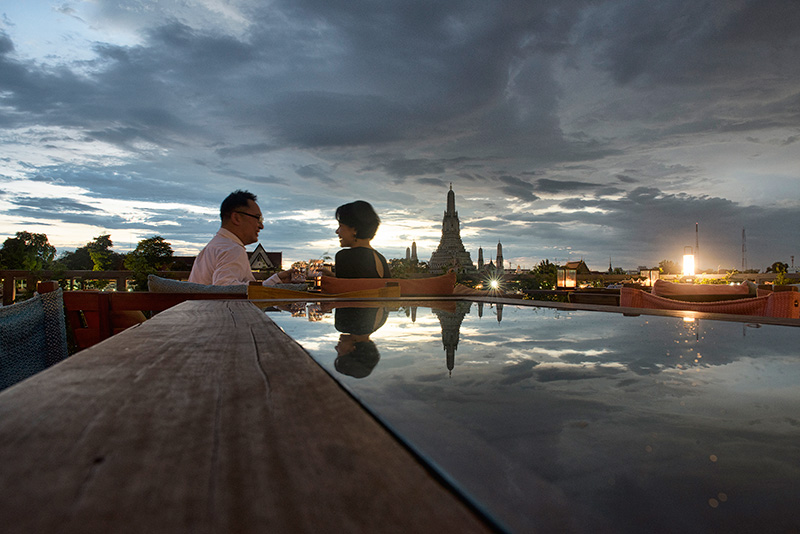 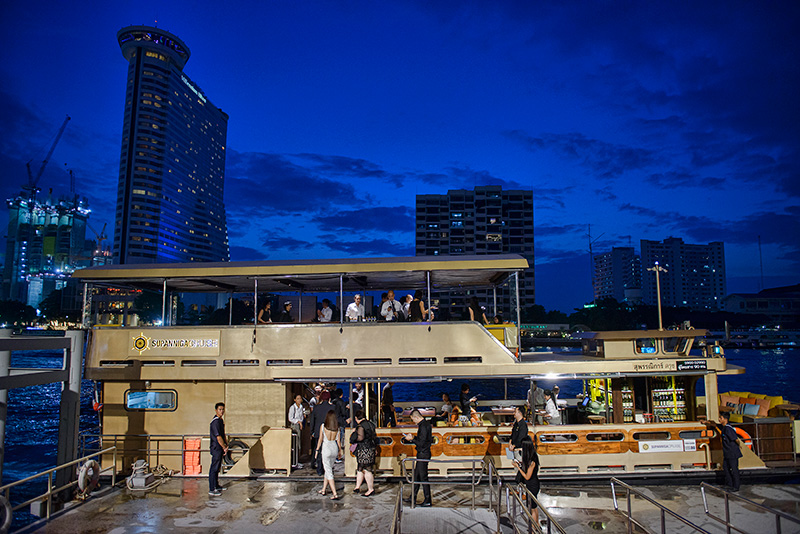 Supanniga now has four branches, with one of them being an intimate dinner cruise on the Chao Phraya river, and the latest being a pairing with coffee roasting gurus Roots Coffee and mixologist masters Vesper, set right opposite Wat Arun. This is easily one of the city’s most romantic, iconic, and absolutely perfect spots for a café/eatery with knockout food and not wallet-deflating prices (which basically doesn’t exist on the river these days). Additionally, Eh has launched multiple branches of Somtum Der around the region, with a new branch in Thonglor to go with one in Silom, as well as outlets in Tokyo and Ho Chi Minh City.

I first met Eh at his family’s wonderful boutique retreat, Supanniga Home, a hideaway villa that looked like something more out of a remote jungle than just minutes from downtown Khon Kaen. I was updating a travel guidebook to Isaan, and Eh and I hit it off immediately, sharing a common passion for food and travel.

Not only did he appreciate fine dining and gourmet recipes, but he was equally at home sitting on cushions at dive hole-in-the-walls, and the next day he took me all over the area, stopping in at the best fried chicken stall in town before heading out to sit on bamboo rafts at the Ubonrat Dam, where we ate local som tam, duck beaks, and various larb spicy salads for a pittance, all of which ranked as some of the best food I had throughout my entire northeastern journey.

I asked Eh how the Supanniga brand has become so successful. He replied that “I learned from my first endeavor in Minibar Royale that recipes are at the heart of the restaurant business, which led my sister and me to start compiling our grandmother’s recipes which have come down through the family history.”

He also realized that there was a demand in Bangkok for eateries that offer the nostalgic feeling of home-cooked meals, even if they might have a contemporary ambience that appeals to the younger generation. Eh believes that the Bangkok dining scene is far more diverse now, but that many of the trends that roll through here just come and go.

While you can tag along with the hype and make a profit, he says that this method isn’t very sustainable, and that as people eat out far more these days, they also have become more demanding when it comes to restaurant food. “The world is getting smaller and smaller. People know more and more about others cultures and ethnicities and they want firsthand experience in exploring these things. Thus, restaurants’ concepts need to capture people’s attention to these details.”

I asked Eh where he sees the Bangkok restaurant scene heading in the next decade and he said, “I think that in the future people will look for something more detailed and that restaurants’ business concepts will be more refined. I actually think it will resemble something like New York. We will have a greater diversity and variety of food, with people craving things they have never tried and experienced.” Given the successes of Supanniga and Somtum Der, I’d be reluctant to argue with him, and I just eagerly await the next venture.