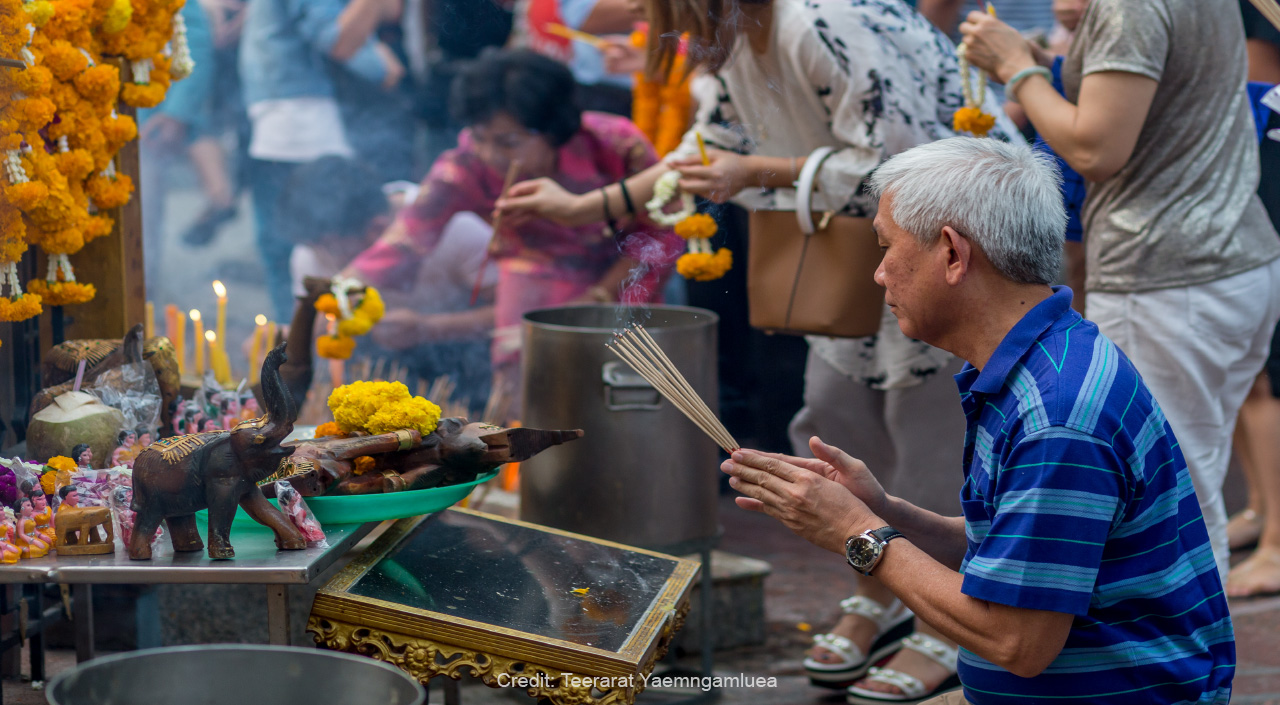 New Year and the Law of Attraction

Many of us think the New Year marks an auspicious time to make a fresh start in life for something better. Either mentally or physically, it’s always nice to improve ourselves in any way. But with goals to accomplish, we may need a little bit of the mental drive. In the 21st century, nothing is arguably more popular than the trend of “positive thinking” in relation to the “law of attraction”.

I’ve learned about the law of attraction and positive thinking from a book called The Secret written by Rhonda Byrne. The author claims that people can achieve what they want or need by believing in an outcome, repeatedly thinking about it, and maintaining positive emotional states to “attract” the desired outcome.

According to Byrne, when people create an image of what they want to accomplish in mind, either by reciting the words again and again or imagining what it would feel like when you achieve it, that could help attract what they want and make it into a reality.

Some people think that the law of attraction is more of a pseudo-scientific theory due to its lack of scientific evidence. Nevertheless, I personally find this method helpful. It gives me the power to think that anything is possible if we’re focusing on it and working hard enough, which is similar to some religious beliefs or even therapeutic methods used widely in the medical field.

The mind is very powerful and there’s no shortage of scientific research findings to support that claim. During the Second World War, Henry Beecher, an American anesthetist, had to treat an anxious soldier with serious injuries amid a desperate shortage of morphine. Instead, he ordered a shot of saline to calm him down before the operation. To Beecher’s surprise, the saline shot made him calm and seemed to even offer the same amount of pain relief like morphine.

Later studies revealed that the improvement of the symptoms was the result of the personal expectations, rather than the treatment itself. This is called the placebo effect.

Similarly, many psychologists recommend meditation to their patients afflicted with acute anxiety. Meditating is one way  to calm oneself, and with months or years of practice, patients can attain higher levels of meditation by focusing on the present and good thoughts.

This alternative treatment coincides with Buddhist teachings. Buddhism’s key to peace is by doing good deeds and having a conscious mind. All of these resemble the workings of the law of attraction. 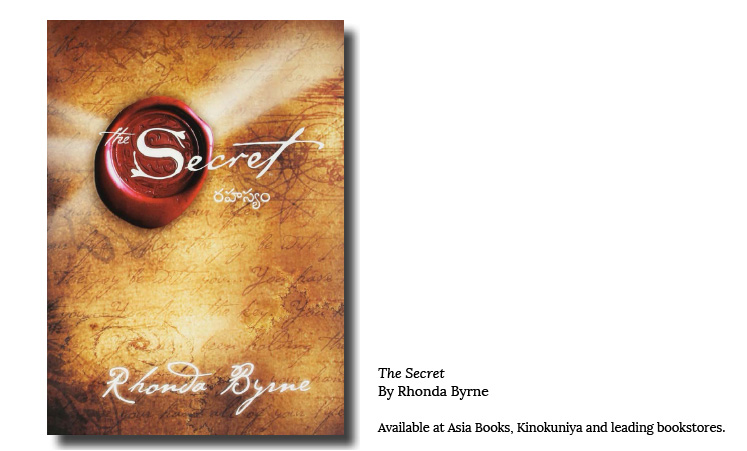 The Secret by Rhonda Byne

As a Thai, when practicing the law of attraction, I tend to meditate and pray in front of a Buddha image because this helps me focus on positive thinking that should help me accomplish my goals. Born and raised in Thailand, a society that blends many cultural beliefs, I occasionally pray at different religious sites, to several gods and goddesses of different religions as well.

These are some of the most popular places around Bangkok to pray for good luck and positivity for the New Year:

1. Wealth and good luck
Wat Thung Setthi, located at Bangna-Trad Road KM8. This temple houses Thep Thanjai. Thanjai literally means “quickly or fast” and thep “god”. The story of this religious statue is that it was created only in one day. Therefore, it is believed that if you pray to him, you may get your wishes granted as quickly as it was built. 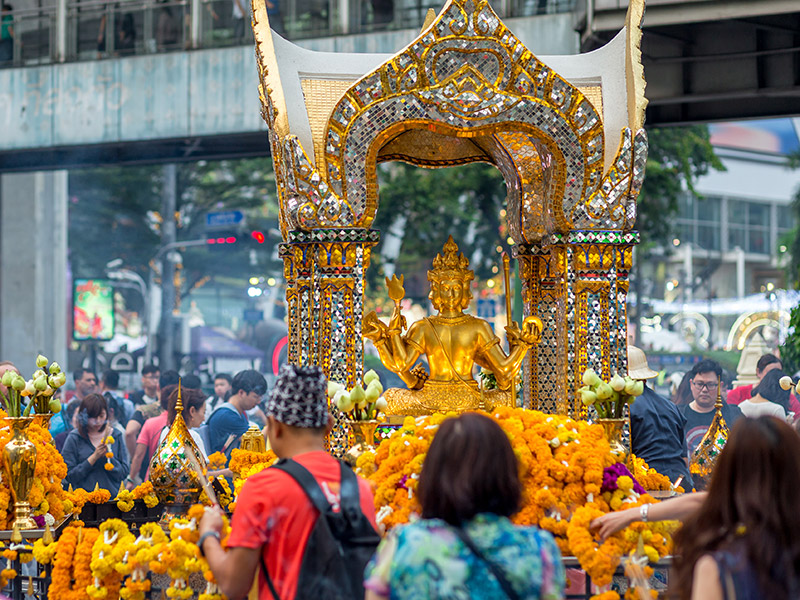 2. Career, success and prosperity
Erawan Shrine, located at the Ratchaprasong Intersection. If you’re heading downtown on BTS Sukhumvit line, right before Chidlom station, look out the window and you can’t miss this shrine surrounded by hundreds of devotees all day and night. The shrine is located outside the Grand Hyatt Erawan Hotel and houses a statue of Lord Brahma, the Hindu god of creation. He has four faces and four arms holding different symbols. It is recommended to pray to all four sides, starting from the center and walk around in a clockwise direction. 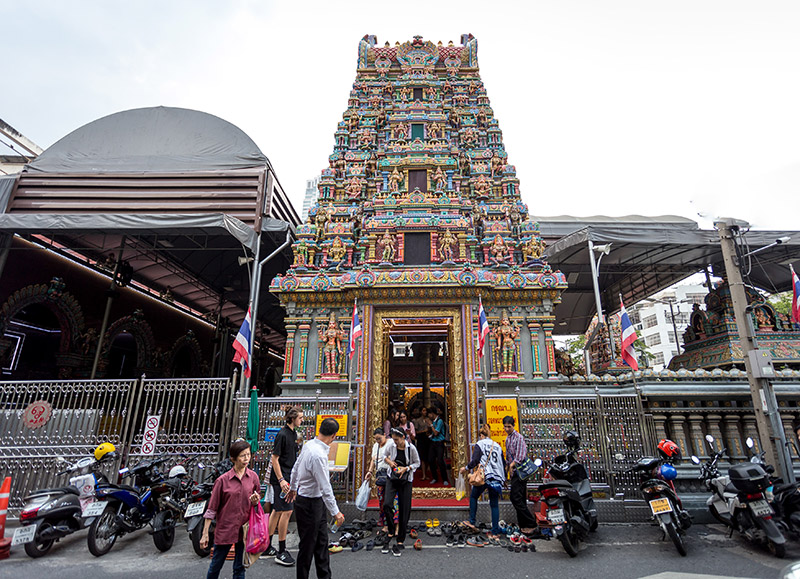 3. Love
Wat Sri Maha Uma Devi (Sri Maha Mariamman Temple or Wat Khaek Silom), located at 2 Pan Road, Silom. Uma Devi, the Hindu goddess of compassion and gracefulness, is the consort of God Shiva. Believers often pray to her asking for success in love, life and in having children.

Trimurti Shrine, located in front of CentralWorld.
The Trimuti Shrine houses the statues of the Hindu trinity of Brahma the creator, Vishnu the preserver, and Shiva the destroyer. It is widely accepted that the best time to pray to ask for a good love life is on every Thursday around 9 – 9.30 pm. But be prepared because you may find yourself among a huge crowd of devotees looking for real love. 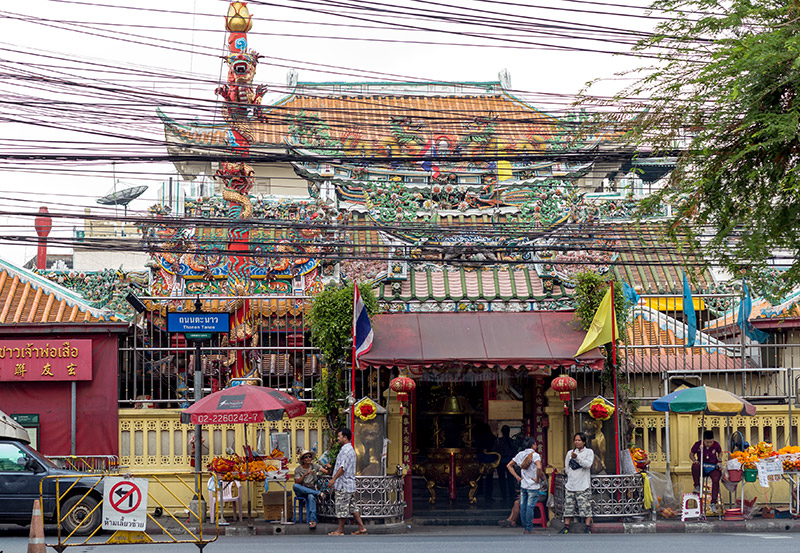 4. Children
Chao Por Sua Shrine (Tiger God Shrine), located at 468 Tanao Road, near Sao Ching Cha aka the Giant Swing. This Chinese shrine has been revered among descendants of the early Chinese immigrants to Thailand thanks to its storied past. Dating to the Third Reign, the shrine attracts throngs of worshippers who want to have children and come to pray here on the most holy day of the year. Check with the temple regarding this special day as the date changes every year.

All in all, it’d be useless to pray to a thousand shrines or temples without taking any positive actions. Perseverance and knowledge would surely bring about success you want. But if you would like some encouragement, praying to these religious sites might be a good starting point to usher in a little positivity and good luck in the New Year.