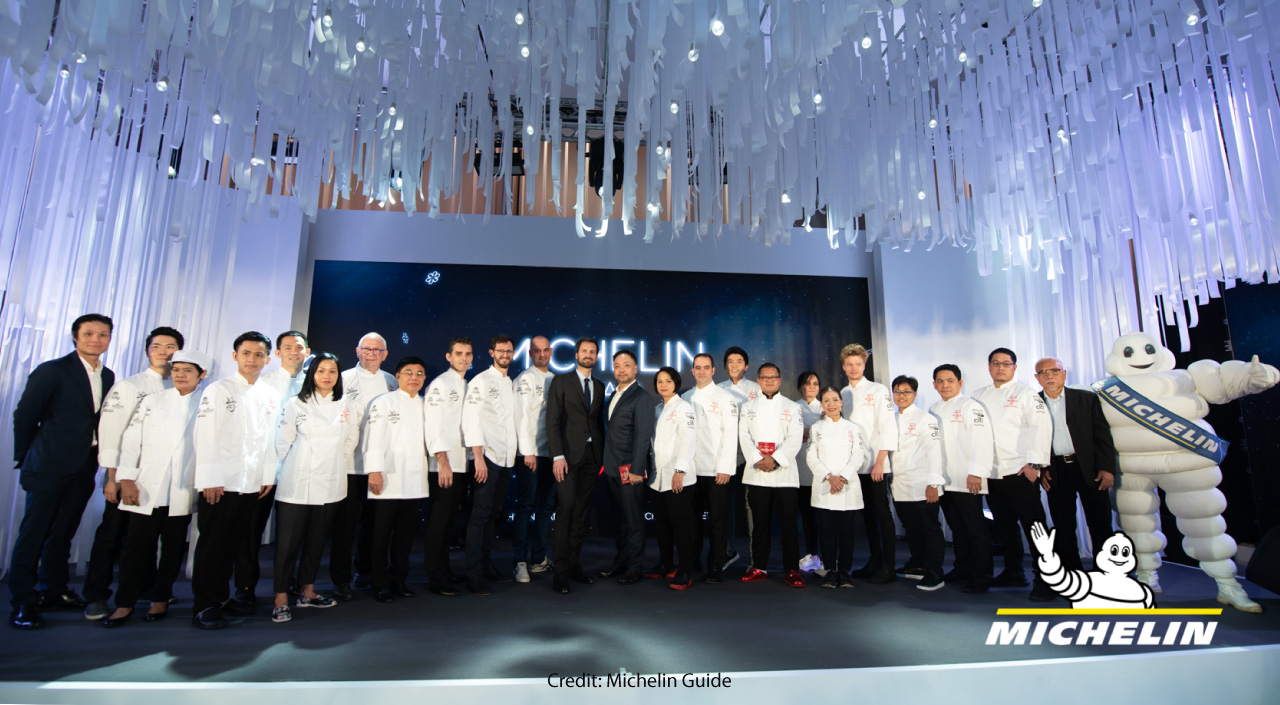 A year ago, Bangkok foodies had much to celebrate, with the launching of The Michelin Guide, Bangkok, and a worldwide recognition and celebration of Thai cuisine and fine dining in  Bangkok, spotlighting it as one of the culinary hotspots on the planet. One year on, the second edition of the guide has been released, expanding outside of the city as well as welcoming several newcomers into the fold. For you gastronomes, here’s a synopsis of the latest winners and top choices.

While nobody received the coveted three stars, last year’s two-star top dogs Mezzaluna, Gaggan, and Le Normandie all repeated, and in a big step up, the German twin master chefs Mathias and Thomas Sühring went from one-star to two for their contemporary German and European kitchen Sühring. The onestar winners also repeated, with fan favorite Jay Fai remaining as the only starred Thai street food eatery.

There are plenty of new entries to get excited about as well. Canvas, run by young American chef Riley Sanders (who did a stint at the three-starred L20 in Chicago), and featuring organic local produce and highly artistic production combining Thai and Western cuisine, received one star.

Also awarded a star was one of the city’s oldest standbys, Methavalai Sorndaeng, where the food has kept loyal customers coming back for more than 60 years. Other Thai one-star winners include Saawaan, where 10-course authentic Thai tasting menus take guests on a journey through Thai flavors, and R-Haan, a restaurant featuring Royal Thai cuisine, using ingredients from all over the country. Southern Thai cuisine joins the top restaurants, with Sorn, run by Baan Ice founder Supaksorn Jongsiri, elevating top southern eats to the fine dining level, with all ingredients sourced straight from farmers and fisheries down south.

Two winners of Plate awards from last year moved up. Le Du, which features colorful French influenced cuisine created by Thai master chef Ton (Thitid Tassanakajohn, who was trained at the Culinary Institute of America), received one star, as did Gaa, the progressive and eclectic restaurant run by Indian chef Garima Arora, the former sous chef at Gaggan.

Perhaps in its boldest move, the Michelin inspectors also went out of central Bangkok to make some selections. Ruean Panya, a family-run restaurant in Samut Sakhon that combines food and art and is noted for its seafood, was recognized as a hidden gem and given one star, as was Suan Thip in Nonthaburi. Set amidst a lush garden of trees and ponds, Suan Thip features refined cuisine inspired by royal recipes.

Even further afield, the inspectors chose Pru, a farm to table experience led by touted Dutch chef Jimmy Ophorst and set in the elegant Trisara Resort in Phuket, for a one-star award. Additionally, 14 other restaurants in both Phuket and Phang Nga received Plate and Bib Gourmand awards, ensuring that foodies don’t only have to stay in Bangkok to eat the best of Thai cuisine. 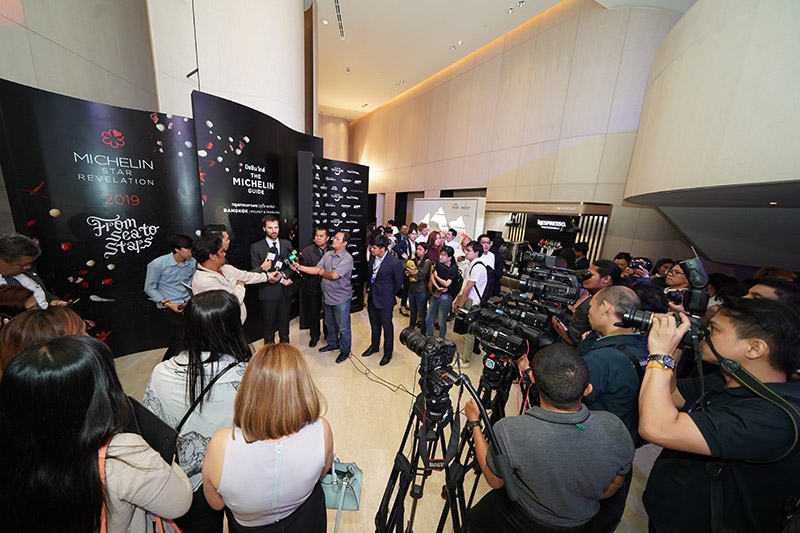 Gwendal Poullennec, international director of The Michelin Guides, said “This year’s selection highlights the diversity of culinary experiences, both within and outside of Bangkok,” and also noted the uniqueness of Southern Thai cuisine. Poullennec also commented on the excellent experience diners have these days of getting personally created meals, stating “We have also seen the blooming trend of the degustation menu, whereby chefs carefully design a complete gastronomic experience for diners.”

Even a few places that have had turnover at the helm retained their one-star awards, meaning that the head chef’s proteges or replacements have been every bit as good as their predecessors. While renowned chef David Thompson left Nahm, the fine Thai dining experience still retained its star with chef Pim Techamuanvivit at the helm. Elements and Saneh Jaan also changed their head chefs but still were given one-star awards yet again.

In addition to southern fare, northern Thai food was honored, with the inclusion of Baan Benjarong Pai, an eatery that has opened a second branch in Bangkok, which received a Bib Gourmand award. Other Bib Gourmand standouts include the addition of Jidori Cuisine Ken, a Japanese izakaya with the best chicken yakitori skewers in town, Kor Panich, the century old mango and sticky rice shop over in the Old City, and the khao man gai Hainanese chicken and rice restaurant Phan Fa, among others.

This second edition of the Bangkok, Phuket, and Phang Nga guide features a whopping 217 dining selections to choose from. The Bib Gourmand entries, which often are far more accessible to the average diner as they don’t focus on fine dining but on places that meet the criterion for excellent food at good value, have increased from 42 establishments to 72 in the new book. 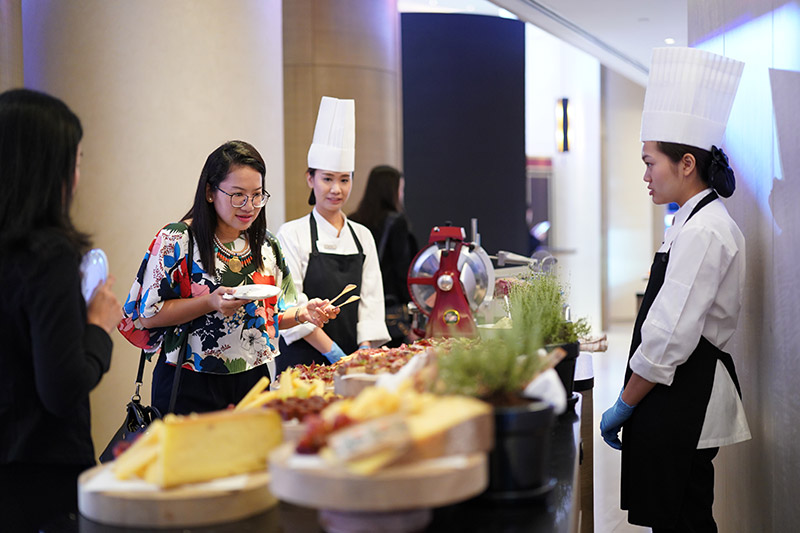 The new guide has focused far more on inclusion than exclusion, which bodes well, as it encourages all types of food lovers to get out and explore the Thai capital and elsewhere, sampling everything from pad thai at local haunts to southern and northern cuisine, and plenty more. Hopefully, next year’s guide will be even thicker, with top restaurants in Chiang Mai most likely thrown into the mix, and hey, perhaps a three-star award for some lucky spot may be in the offing. At any rate, all this focus on good food can only mean one thing – a hearty bon appétit to all!