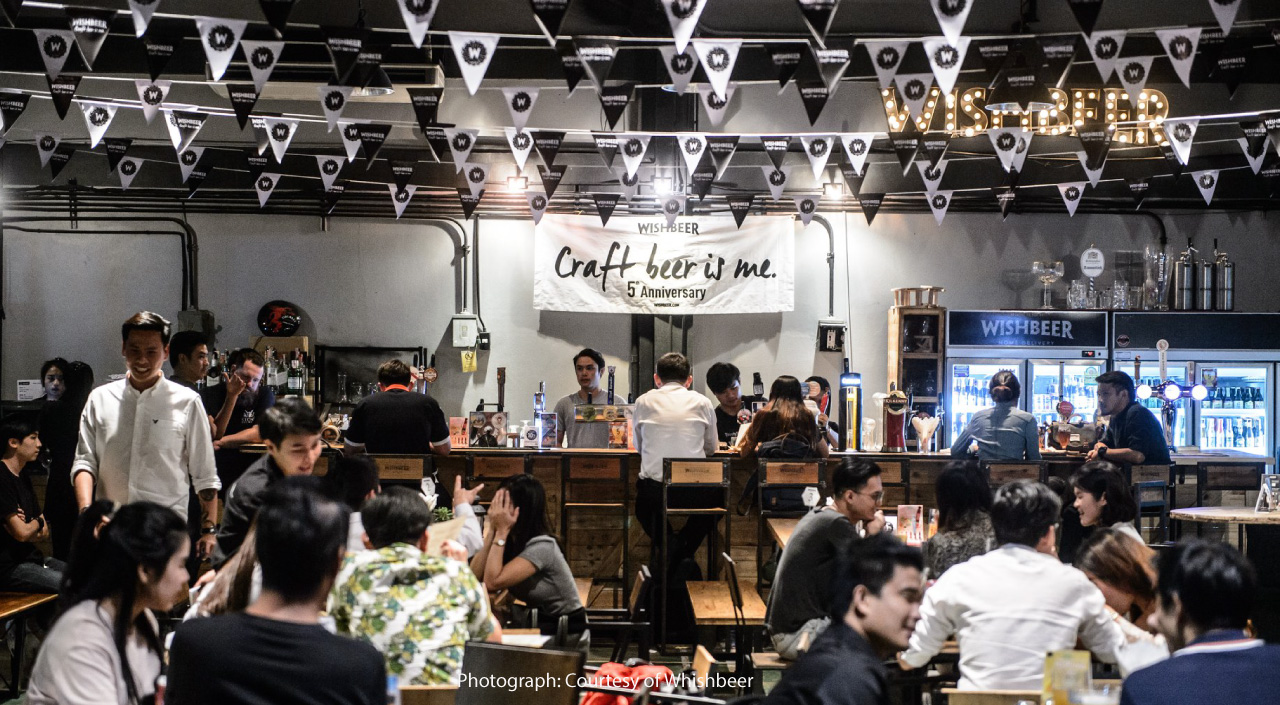 It’s April, which means two things; that we all get a much needed break from work for Songkran, and secondly, that the temperatures have passed boiling point. It’s the month to stay hydrated and cool off in more ways than one, and little beats quenching one’s thirst than a cool and flavorful craft beer.

While the government hasn’t made it any easier for local independent brewers to make their own suds at home, the craft beer movement continues to spread like a wildfire regardless, with new breweries and beers springing up daily. Here’s a look at some of the best spots to sample craft beer around town. 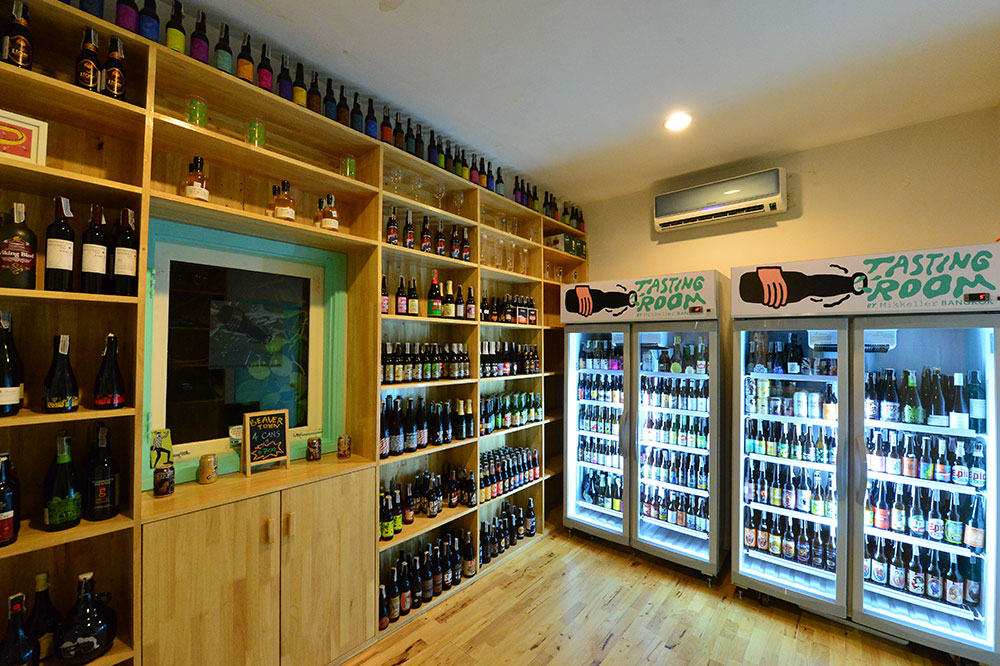 Mikkeller
With more than 30 taps and specialized craft selections, Mikkeller retains top dog status when it comes to craft connoisseurship in Bangkok. Originally from Denmark, Mikkeller started as a gypsy brewer and has become one of the most cutting edge craft collaborators in the world, with branches now in Seoul, Taipei, Barcelona, San Francisco, San Diego, Singapore, Reykjavik, and Bangkok.

It isn’t only that the beers here sound tantalizing (try an Ich Bin Organic Weisse Passionfruit or Spontanquadrupelraspberry!), but they are totally unique; almost all are hard to find topnotch crafts from around the planet. 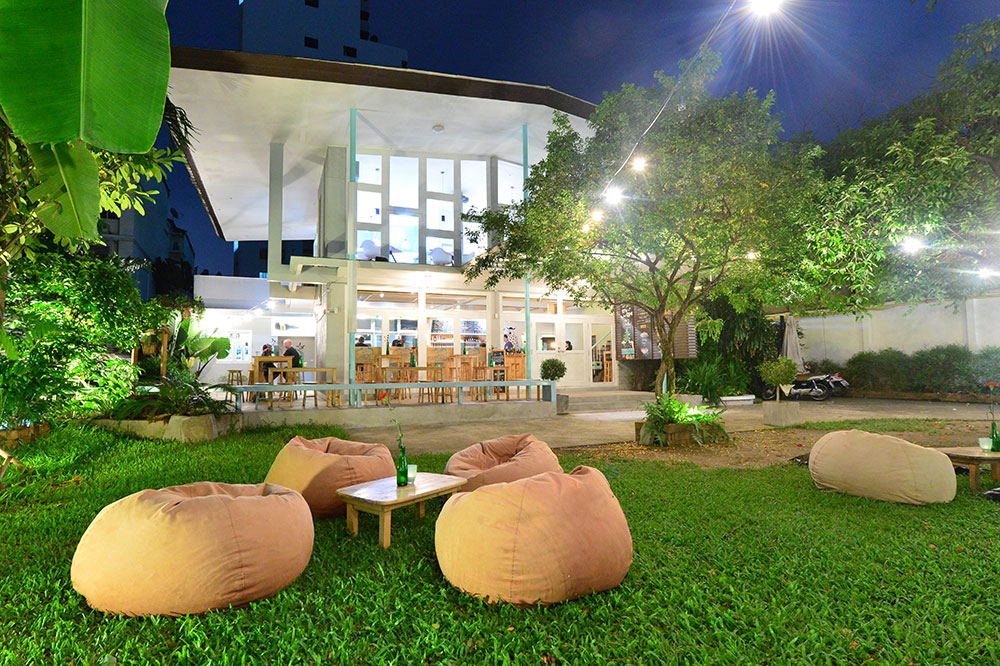 When Mikkeller first opened in Bangkok, you had to wonder what they were up to. Their cozy Thai house with a large yard location was buried deep in the sub sois of Ekamai (seriously, you will not find the bar without either a Google Map or by using their website map), a spot which certainly wouldn’t attract too many passersby. But Mikkeller planned it this way, wanting only those who cared about making the effort to hunt down truly outstanding beer to show up. 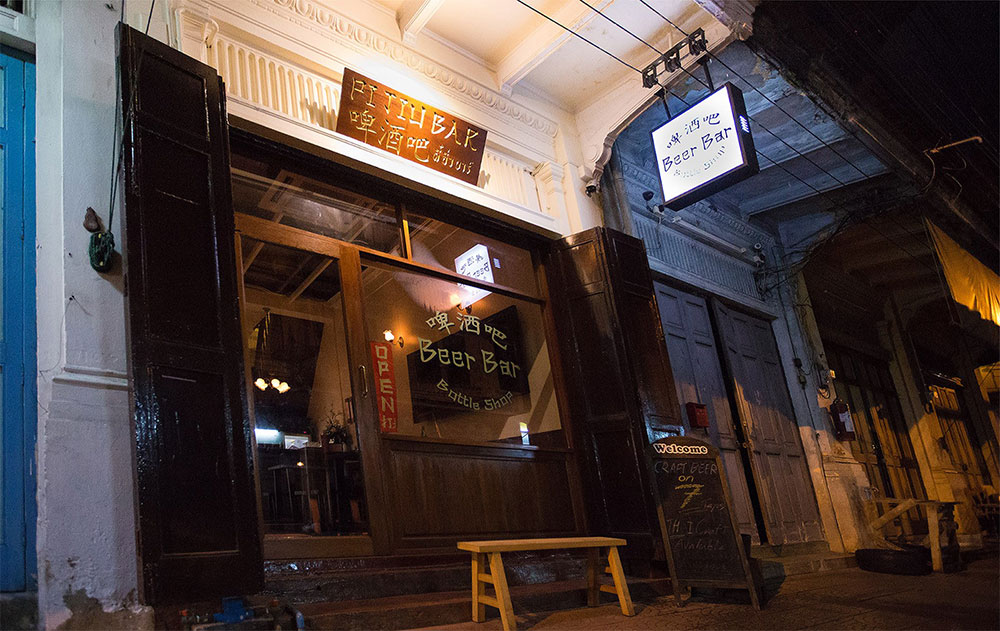 Pijiu
Over on the fringes of Chinatown, Soi Nana has become noted for several great retro-style bars and speakeasies. Teens of Thailand is Bangkok’s best boutique gin bar, and El Chiringuito’s Tapas Bar feels like something right out of Barcelona. Now craft beer has added to the scene, as Pijiu (the Chinese word for beer) combines a retro jazz cafe look and sound with an array of crafts, from local Thai selections such as Happy New Beer to US staples like Stone, Deschutes, and Anderson Valley. The team at Beervana, the craft distributors who helped launch the Thai craft craze here, are behind this funky hole in the wall, so you can guarantee that the beer quality is taken seriously. 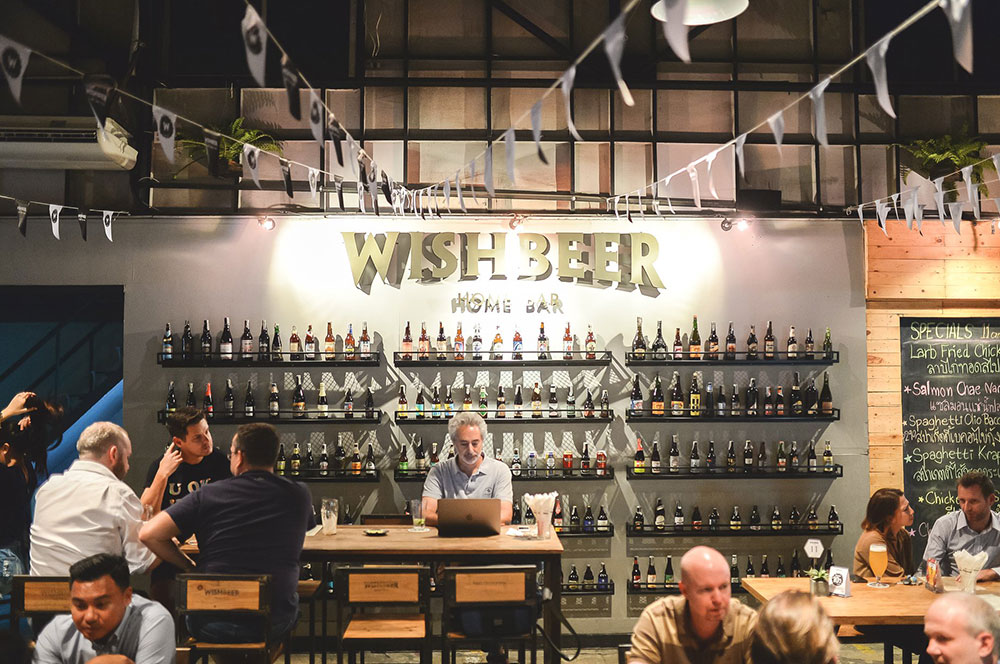 Wishbeer Home Bar
Bangkok expat Frenchman Jérôme Le Louer started Wishbeer basically as a way of being able to get his favorite Belgian beers, which he and his friends lamented not being able to buy here (way back before the whole craft craze started). Since then, Le Louer’s operation has grown massively to include a chill out bar set in an old elevator factory warehouse, along with a bottle shop and Thailand’s best-selling online beer and alcohol shop, with stocks of over 500 beers from around the world available. They’ve also got a staggering 37 beers on tap, so chances are there will be at least a few things you like on the long list of crafts. 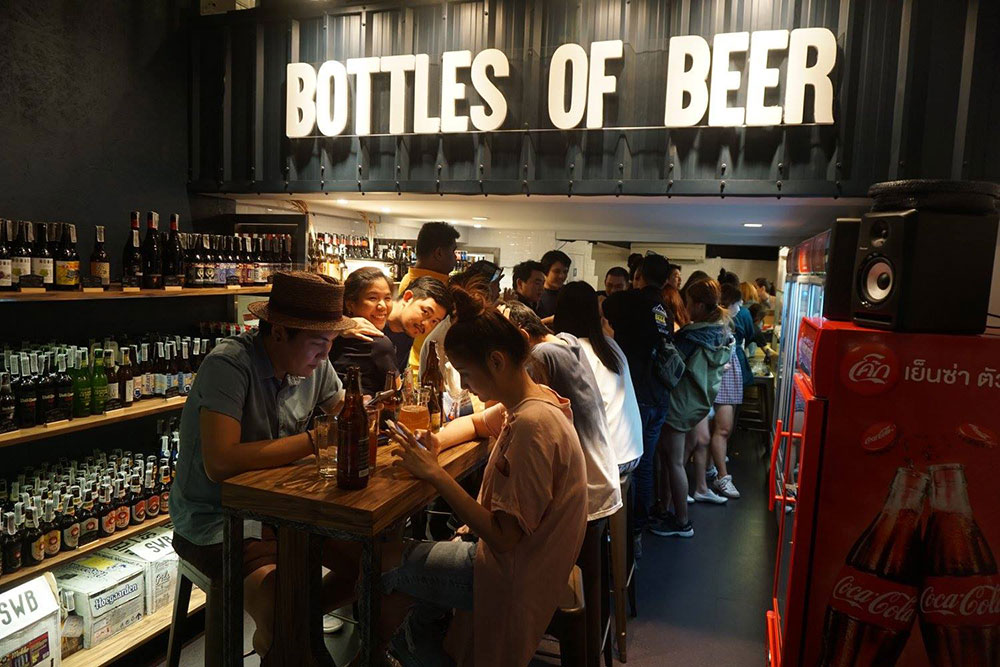 Bottles of Beer
Feeling a bit more like someone’s kitchen than a bar, this small place right near the Thonglor BTS station is basically a few tables that are surrounded by shelves and refrigerators of one very extensive selection of beers. You can find many of the latest Thai crafts here (Lamzing, Triple Pearl, Stonehead), and if you and your friends order six bottles (of any kind), you get almost wholesale discounts, making it one of the more affordable craft hangouts in town. The incredibly cute and well behaved chihuahua that has the run of the shop is an added plus, as is the rotisserie chicken that you can order from outside, served inside along with your beer.