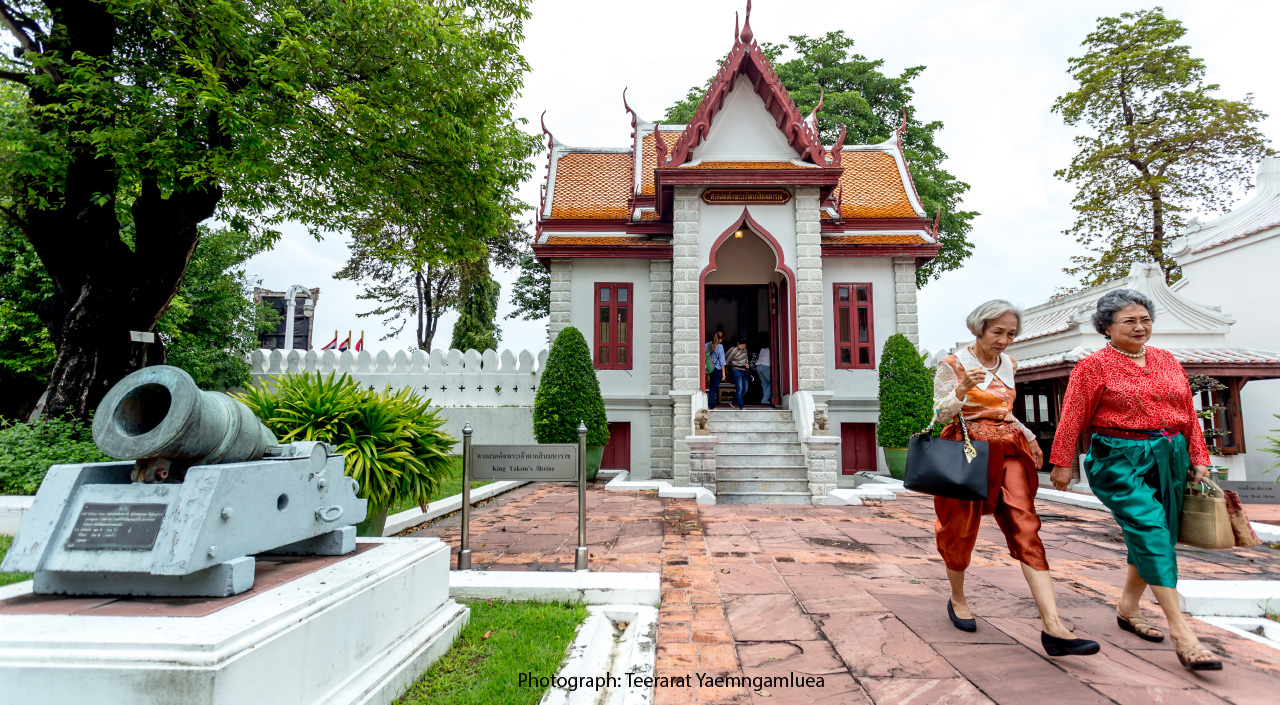 For the past few months, the famous historical soap opera BuppeSanNivas (Love Destiny), which wrapped up recently, has played a vital role in giving a much needed boost to local tourism in Ayutthaya and Lopburi. 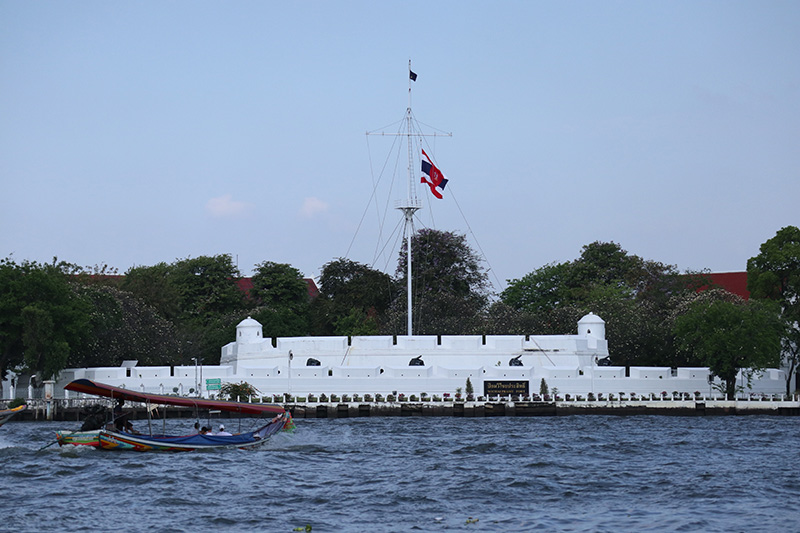 The story follows a young Thai lady in our modern world who after a car accident is transported via time travel to the Kingdom of Ayutthaya that existed more than 300 years ago. In Ayutthaya, she finds herself in the body of a young Ayutthaya lady who’s about to encounter many memorable people as well as incidents.

In one of these events, a group of Buddhist monks are forced to leave the monkhood to help build the Kingdom’s fortresses due to a desperate shortage of labor as the military fortifies the capital against imminent attack.

The fort mentioned in the soap still stands to this day here in Bangkok. The Wichai Prasit Fort – named after the project supervisor, Chao Praya Wichayen, and constructed around 1685-87 – is situated on the west bank of the Chao Phraya River, an outstanding landmark with a gaff-rigged flagpole that those traveling up and down the river can see from afar.

In the reign of King Narai the Great of Ayutthaya, Greekborn Chaopraya Wichayen, or better known as Constantine Phaulkon, the royal prime counselor, advised the king to protect the city by constructing fortresses. There were two forts built: one on the east bank (the Bangkok side) was originally called “Bangkok Fort”, and the other one on the west bank (the Thonburi side) called “Thonburi Fort”, which was later renamed Wichaiyen Fort in deference to Phaulkon.

The main purpose was purportedly to protect the city against attack via inland waterways. Any intruders sailing upstream from the Gulf of Siam would face a naval blockade together with an arm-sized chain slung between the two forts. 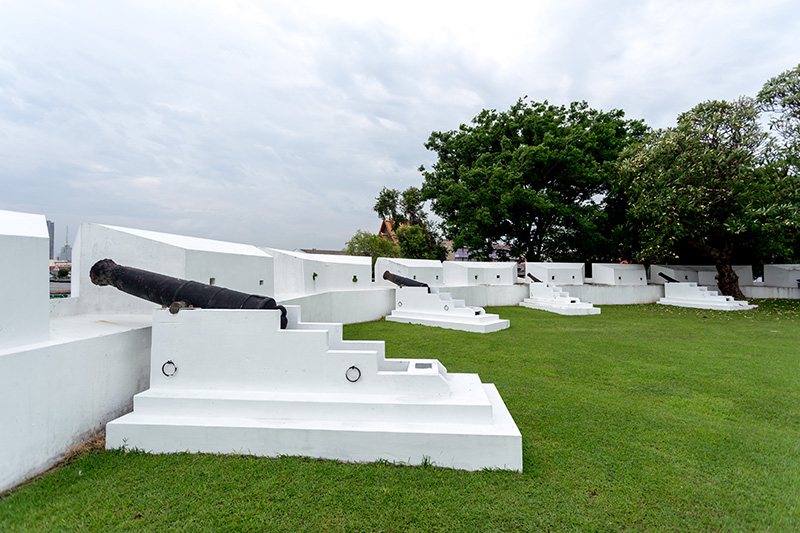 Faced with the lack of Siamese military personnel deployed south of the Ayutthaya, King Narai had no choice but to have both forts guarded by French soldiers. France was one of Ayutthaya’s Western allies and had promised to protect Ayutthaya by deploying its troops along the front line where the two Bangkok forts stood. Back then, Bangkok was the first port of call for the cruise upriver to the capital Ayutthaya. 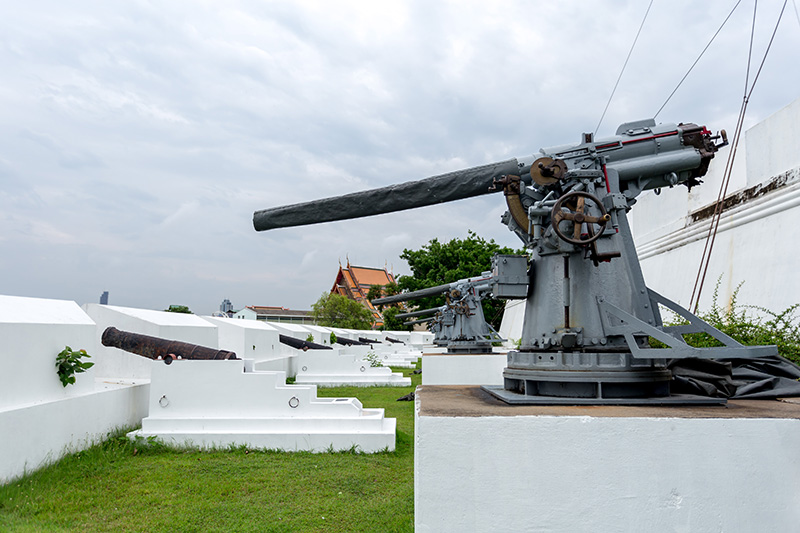 However, toward the end of King Narai’s reign, the pro-Western monarch was gravely ill. The resulting power vacuum grew and left the door open for power struggle among the royal aristocracy with deeply polarized attitudes to the issue of who should succeed to the throne.

Phaulkon, himself an ambitious man, is believed to have supported Ayutthaya’s heir apparent, Phra Pui, so that he could control and manipulate the young king.

Buoyed by the support of French troops stationed in Bangkok, he wrote a letter to Louis XIV of France, swearing his loyalty to the French king. Having uncovered this letter, Phra Phetracha, King Narai’s trusted councilor, who had had one eye on the throne, soon lured Phaulkon to Lopburi where he was captured and sentenced to death.

As the French troops waited for Phaulkon’s signal to make a move in Bangkok, Phra Phetracha had sent his men to besiege the Bangkok forts, create a blockage and persuade the French soldiers to return to their homeland.

Known as “The Siege of Bangkok”, the incident unfolded with the 200 French troops locked up inside the Bangkok Fort for four months. Finally, the French came to an agreement to leave the country by swapping the French troops with the Siamese nationals and ambassador in France. 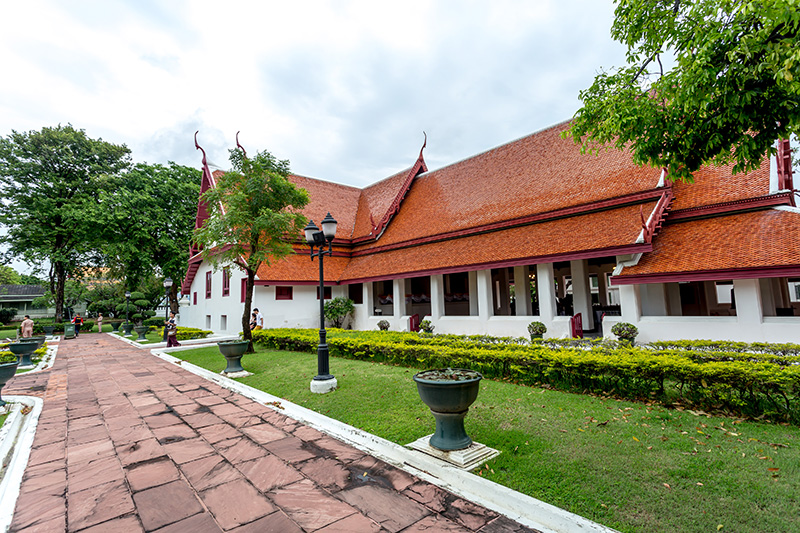 When the Siamese had landed safely, the French catholic priests, soldiers, merchants, and civilians were sent aboard three ships back to their country, halting the relationship between Ayutthaya and France for many years.

The forts had been left unguarded since then due to a shortage of security personnel. Finally, King Phetracha dismantled the east fort and turned Wichaiyen Fort into a customs house.

However, it was not until the Rattanakosin era that the east fort was completely demolished. The fort’s shaky foundations on soft soil made it impossible to restore the entire structure just as Bangkok decided to build city walls for defense instead. The place where the east fort used to stand is now within the grounds of Rajini School and Chakrabongse Palace.

The west fort is now a part of Thonburi Palace and is within the grounds of the Royal Thai Navy headquarters in Bangkok. Regulations allow only group visits and entry to the historic fort is by advance appointment only. The historic fort opens its doors to the public around December. For the rest of the year, it’s possible to view the fort from the top deck of a boat cruising up the river.