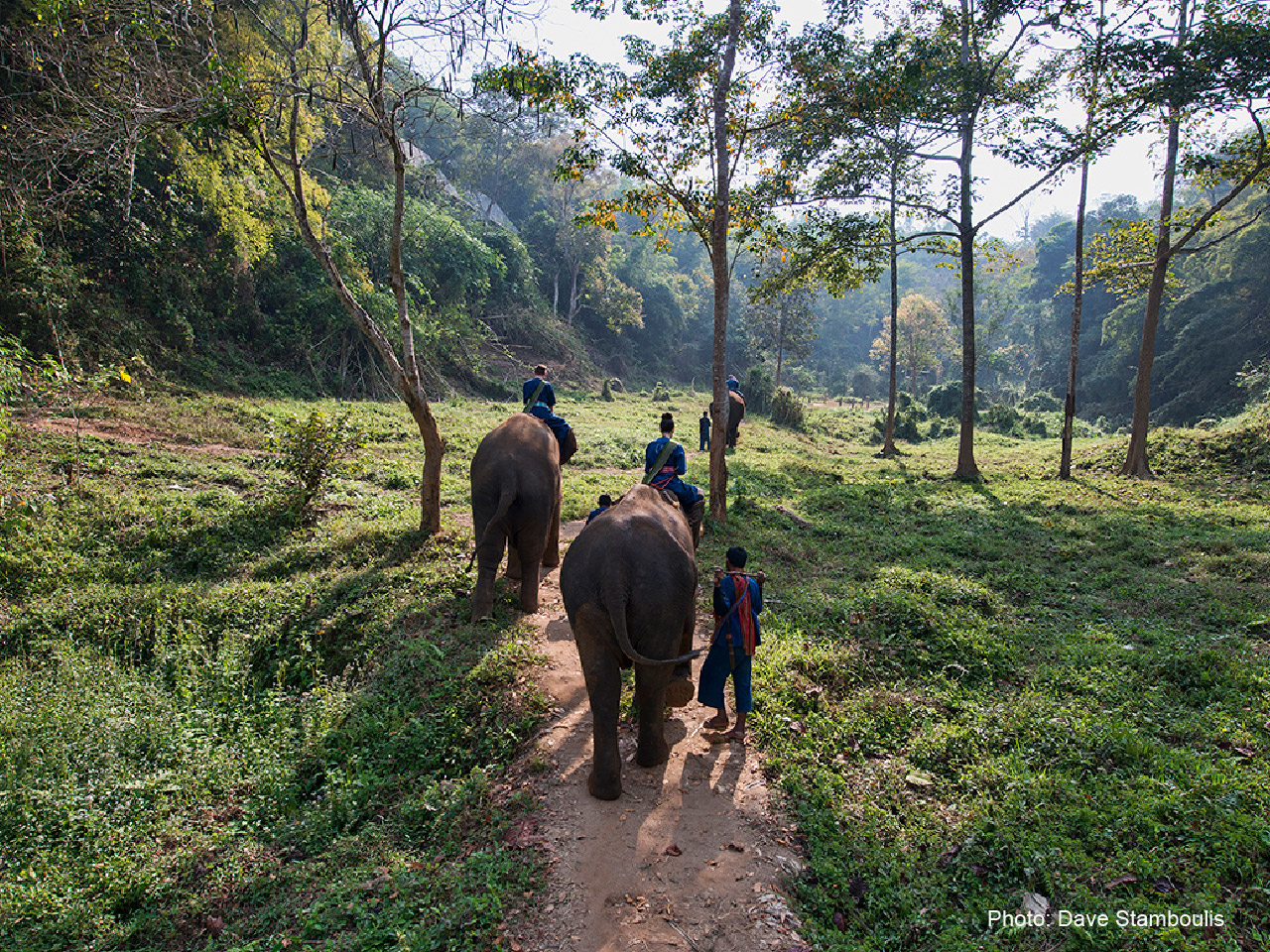 I have always been quite skeptical of elephant tourism, and it is with good reason that Thailand’s symbol and favorite beast, and the abuse of it, has come under worldwide scrutiny as of late. Especially in island tourist magnets like Phuket and Samui, there have been tourist fatalities, injuries, and calls by animal rights activists for a total cessation of elephant riding, and one does wonder if man and beast can strike a balance, or if there can be ethical elephant tourism at all. The good news, is that at least up north, programs run by the Golden Triangle Asian Elephant Foundation (GTAEF) are doing their best to ensure there is a happy medium.

There are a few prime reasons why things go deadly wrong at many of the smaller elephant riding outfits. In places like Phuket, there is little open space to care for elephants, and provide them suitable forest habitat, as they really need to lead a relaxed, stress free existence. Additionally, many elephant attractions here use bull males, a prime no-no according to John Roberts, the director of the Asian Elephant Foundation. Bulls go into musth, a periodic condition accompanied by massive hormonal rise (testosterone levels rise up to 60%!) and characterized by highly aggressive behavior. When bulls are in musth, they have killed their trainers and even members of their own elephant family. At the Golden Triangle Foundation, no bulls are ever used with tourists, not to mention that the bulls they do have have plenty of forest space to hang out and decompress in, minimizing potential dangers in the surrounding camp. 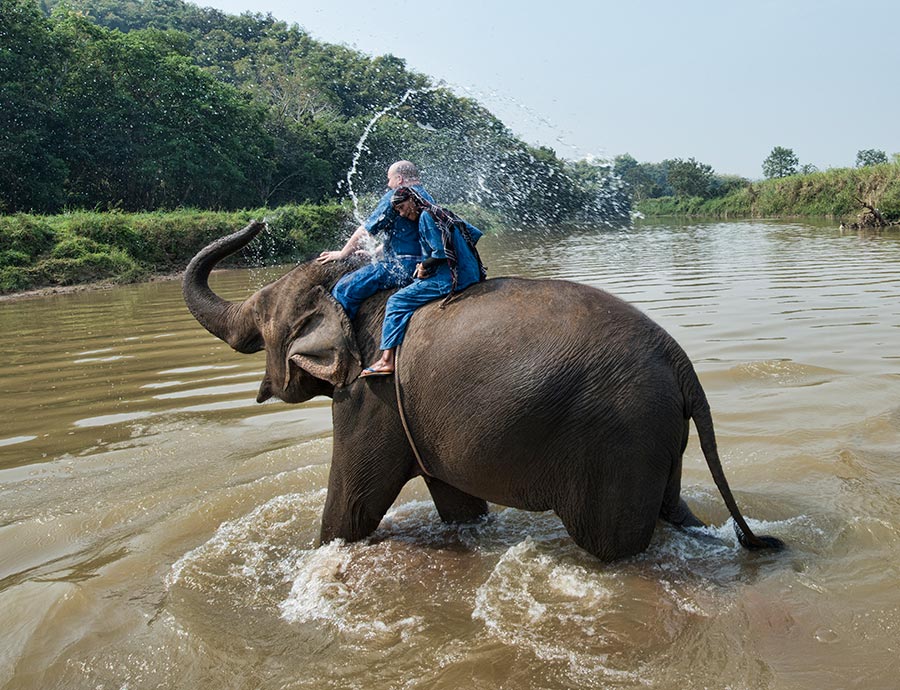 In the Golden Triangle, the elephants are shared by two upscale resorts, the Anantara and the Four Seasons Tented Camp. Income generated by tourism here goes to help fund the various projects of the foundation, which include target training (a type of passive reinforcement training of the elephants with no punishment or negative consequences, a real departure from the often cruel methods imposed to train elephants here for circus type acts), the reintroduction of elephants into the wild, and sustainable mahout development, working to ensure that the trainers and their families have access to making a decent livelihood, without needing to resort to abuse of the elephants to do so. The foundation also does not buy or use wild elephants, but takes elephants that cannot help themselves, many coming from the streets, illegal logging camps, or elephant shows.

On my recent visit up north, I got a chance to go to elephant school. As opposed to some of the more dubious operations where one just pays money and gets hoisted up on top of an elephant, at the Four Seasons Tented Camp, guests get put through a morning of training, which involves everything from putting on a blue jean mahout suit (the elephants are sensitive to color, so visitors are dressed in the same soft colors as the trainers), to learning how to speak to the elephant, to actual demonstration and practice as to how to successfully mount, ride, and get off of an elephant. 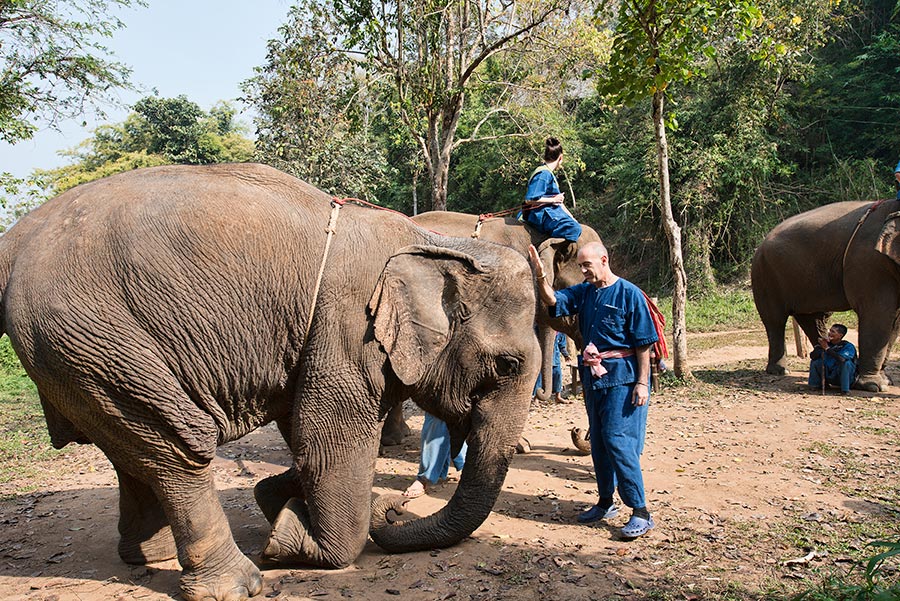 While the command to go forward to an elephant is “pai,” don’t think about speaking Thai to the elephant and getting away with it. The other basic commands come from the Karen language (most likely due to the fact that there were traditionally large number of Karen mahout trainers). “Baen” is another important one, meaning turn, and perhaps the most vital, “how,” which means stop.

We were all given cards with these commands, along with the words for sit down, stand up, trunk up, slow down, lower the head, and lift the leg, but most folks were far busier with the more practical aspects of the training, that being the three ways to get on and off of the elephant. The easiest involves the elephant being made to kneel down, from which point one can hoist oneself up without too much ado. A tougher one involves putting ones foot on the leg of the elephant, taking hold of the ear, and stepping up. Even harder, pretending to be an NBA player and, with the elephant in trunk and head bowed position, jumping up towards the forehead, eventually working ones way up the mount, a process that can go horribly wrong for guys if not executed right! The converse of this, getting off the elephant, is a bit more fun, involving sliding off the forehead towards the trunk, and then leaping to the ground.

The most enjoyable part of trekking with elephants, for all parties involved, is heading across a sub-channel of the Mekong River, where the participants get a bit of adrenaline going, especially when the water levels are high, and the elephants take the chance to drink, and then spray their riders with large showers to celebrate the end of the morning. 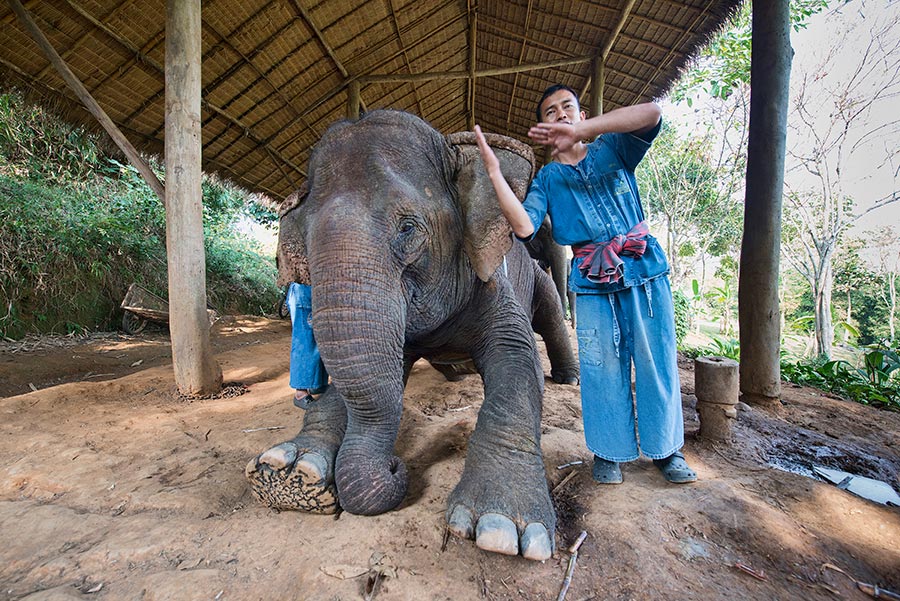 The calls to ban elephant riding may have some very valid points, but they miss out on the simple fact that there are huge numbers of elephants who cannot go back to the wild, not to mention that they exist with mahout families that are now completely dependent on tourism to make a living.

While all elephants really belong in the wild, the sad truth is that this is not a reality today. In Thailand alone there are around 4,000 captive elephants, who along with their trainers, need to be fed, and there is not enough natural space for the elephants to survive, thus tourism may be one of the only ways of creating a practical balance. If done responsibly, it can be of great benefit to all parties involved.