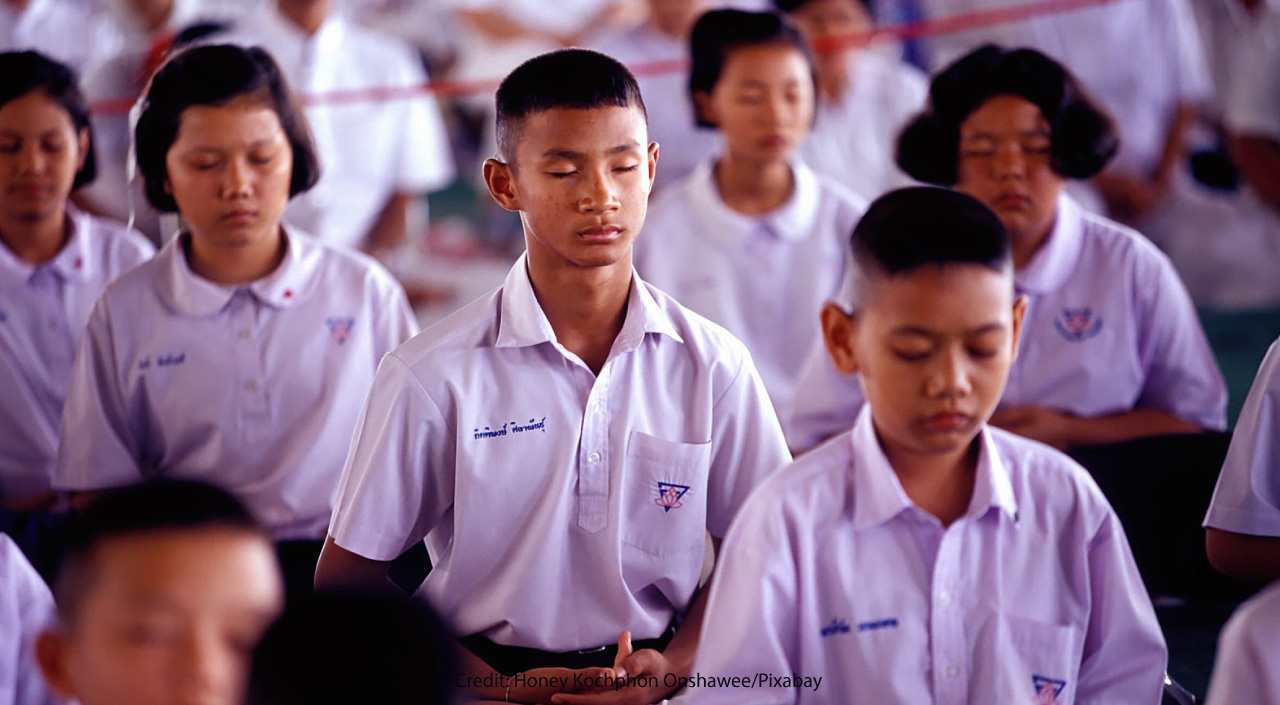 Happy New Year! Feeling fresh and starting life anew, people get so hung up on their New Year’s resolutions during this time of the year. One of the most popular goals is to be healthier and stronger. But apart from improving only your physical  health, you may want to work toward your mental wellbeing, as well.

Body and mind work hand in hand and they are really inseparable. There are many ways to improve your mental state, and one of the best-known methods is meditation. Meditation is the process to focus your mind on one particular thing and free your mind from other distracting thoughts. There are many techniques involving mediation either within or outside the religious field. Either way, meditation has been proven to do more good than harm, particularly to your mind, and eventually, your body, too. These are some benefits of meditation:

Improving Your Memory
Many studies point to the usefulness of meditation in helping a person think clearly or memorize things better. A study conducted by researchers at University of California at Santa Barbara showed that “mindfulness meditation,” or the meditation that requires the meditator to become aware of the present moment, helped boosts memory.

A group of students attended four 45-min mindfulness classes per week for two weeks, while another control group took nutrition classes for the same length of time. During the mindfulness course, students practiced focusing their minds on their physical postures as part of the focused-attention meditation. The students learnt to focus their attention on whatever activity they were doing, such as tasting a fruit or listening to a recording. They had to try to stay mindful of all actions in their daily routine and also complete ten minutes of daily meditation when not attending classes.

The students in both classes took the Graduate Record Examinations (GRE) standardized tests before and after completion of their courses. The results showed that the score among the mindfulness students went up significantly, but not so for the nutrition class. They also had better scores on tests of working memory and focus.

One other research study published in the National Center for Biotechnology Information journal shows that regular meditation may help improve your memory because it helps increase the density of the grey matter part of the brain. Grey matter is known as the major component of the brain involved in muscle control and sensory perception, such as seeing, hearing, self-control, and memory.

Reducing the Risk of Diseases
Meditation can obviously calm and relax your mind, hence reducing stress, high blood pressure and alleviating hypertension problems that could lead to heart disease, one of the leading causes of death in many countries. Bodily movement practices such as tai chi, qigong and yoga help you focus on breathing and being healthy from inside out.

An article published by Harvard Medical School also suggests that meditation, along with a balanced diet and exercise, can help reduce the risk of heart disease as it helps lower your heart rate, blood pressure, breathing rate, and levels of cortisol, a
hormone that’s released at times of stress.

Boosting Your Mental Health
One of the studies published in Biological Psychiatry shows that meditation can help deal with stress that causes physical inflammation. The study was conducted on 35 unemployed men and women who were stressed about finding a new job. After a few days of mindfulness meditation, a scan on their brains showed more activity relating to the processing of stress, focus, and calmness in a positive way. Their blood tests also showed lower levels of the inflammation.

One other method of meditation called “loving-kindness” meditation or Mettā meditation, as discussed in Buddhism, Hinduism and Jainism, helps bring positive thoughts to your mind. It drives away negative thinking and lifts your spirits. The practice involves reciting phrases that help create positive thinking and compassion toward oneself and others, such as “May I be safe and protected”, “May I be happy”, “May I be free of physical pain and suffering” and “May I be healthy and strong”.

This relates well to the “law of attraction” discussed widely in modern science. The study published on the website of the National Center for Biotechnology Information has also proved that this meditation method may help with different psychological problems, such as anxiety, hostility, depression and anger.

How to Get Started
The key of meditation is to focus on one thing and it doesn’t have to be boring. Try practicing the Buddhist Vipassana meditation which focuses on reality and the present state of life. The practice is simple: focus the mind on your breathing, breathing in and out slowly, while staying mindful of how the breathing affects your body and mind.

If this doesn’t work for you, try adding some physical activity, such as yoga, or resort to art. Many times, you will find painting, crochet or simply listening to music could bring peace of mind. But the key is to focus on one thing, which means you will have to do that activity only and nothing else for a period of time.

Meditation can be simple and also costless. Taking only 10-20 minutes a day to meditate on a regular basis can surely give you a tremendous effect over a long period of time. You can also meditate anywhere, anytime, even when you’re commuting to work or before turning in. As easy as it sounds, the best time to start is probably now.