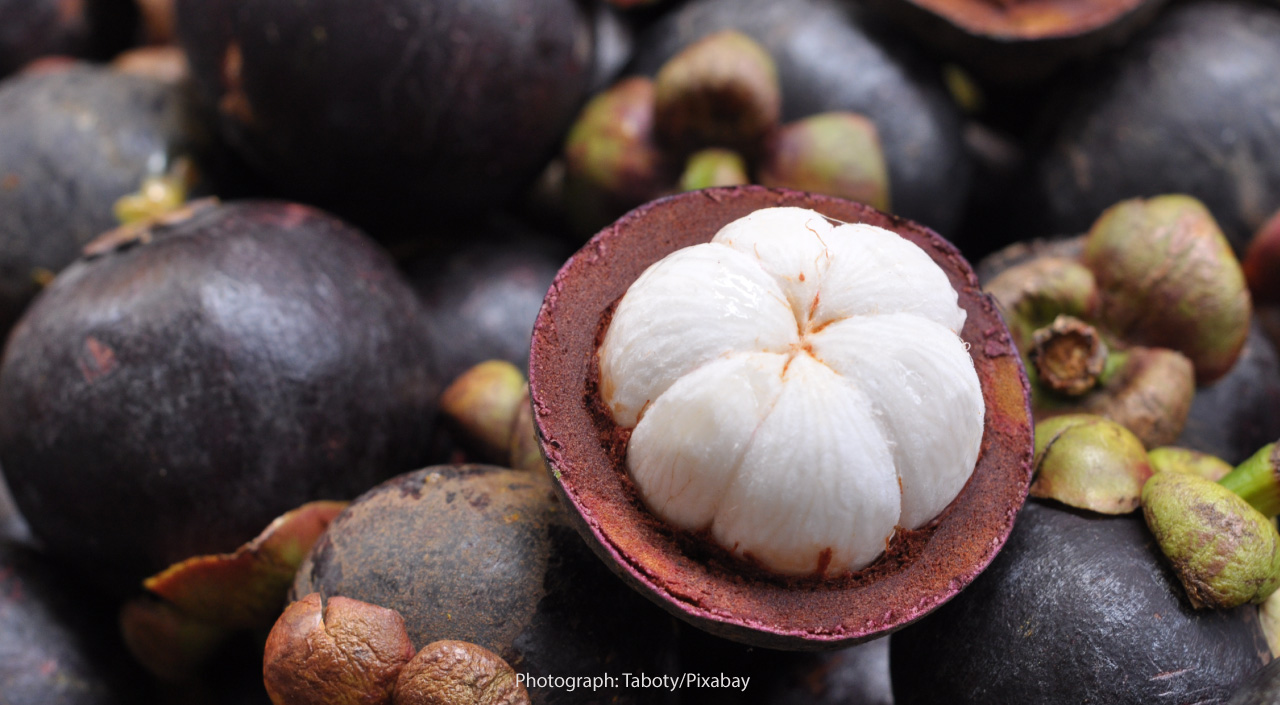 You can tell when summer is here in Bangkok when the wind is full of warm air and the ground beneath you radiates heat. It burns and can be debilitating. When I first moved back roughly 20 years ago and experienced the summer heat, all I wanted to do was stay indoors with the air conditioning on full blast and hibernate in my little cave. I’d have headaches and would feel discomfort all over. After almost two decades, I’m coping much better with the heat. I’ve learnt how to manage it and what foods to eat.

There are a few commonly known rituals we go through when getting ready for the summer heat such as getting the air conditioner serviced, preparing fans to keep the air moving, having plants around the house and, of course, wearing the right clothes. One area we often don’t think much about, however, is food. Food is equally important and Thais, as well as many Asian cultures, believe in the concept of Ying and Yang also known as “heaty” and “cooling” foods.

Ancient Thai wisdom along with many Asian cultures believe that eating too much “heaty” foods can make us ill with symptoms such as indigestion, sore throats, canker sores, nose bleeds and fever. Alternatively, if you consume too much “cool” foods, you’d have symptoms such as cold hands and feet, diarrhea, stomach pains, and sore joints. To keep our bodies in balance, our choice of foods should aim to offset either having too much Yin or Yang. For example, the extremely “heaty” fruit durian is often eaten together with mangosteen which is considered a “cool” fruit. In summer when our bodies heat up, it is believed that eating cooling foods can help relieve some of the heat.

What kinds of foods do we believe cool us down? Here are a few suggested vegetables and fruits. My favorite is the bitter melon (also known as bitter gourd). This can be served as a soup stuffed with minced pork. It can also be stir-fried with egg and cooked in a number of ways. Lotus roots are also a delicious alternative as well as cucumbers and radish. Fruits such as mangosteen, pomelo, star fruit, and melon are some fruit choices for those who want a quick bite. Bael juice and boiled green beans are also refreshing treats and can be served as snacks throughout the year. Many leafy greens are also considered cooling foods.

Although I could not find any scientific evidence to prove that certain foods had more cooling properties relative to other foods, I did find some studies with regards to thermogenesis and thermogenic foods. Fascinatingly, did you know that spicy food also cools you down? The capsaicin, which is the active ingredient in chili, stimulates thermoreceptors in our mouths and causes us to perspire around the forehead and neck in what is called gustatory sweating. Isn’t that amazing? Now it makes sense why so many cultures in warmer climates have hot and spicy foods. All that spiciness serves a function after all, but this is one way of cooling down I will have to bypass. My friends always comment on how “bland” I like my food.

Another way in which we can cool ourselves down is to have warm drinks such as warm tea or to have hot noodle soups. According to a paper published in 2012 by Associate Professor in Thermoregulatory Physiology Dr. Ollie Jay at the University of Sydney, it was found that drinking warm drinks following exercise lowered the overall body heat storage when compared to cooler drinks. Our bodies compensate for the internal heat gain by increasing our sweat levels and the more we sweat, the less heat is stored in our bodies. However, as the study was conducted in conditions that allowed sweat to completely evaporate, in hot and humid climates such as Thailand, drinking cold drinks may be helpful and help us stay hydrated. In another paper, Dr. Ollie’s team asked people to consume room temperature fluid or ice during exercise. It was found that ice reduced heat loss and was therefore not as effective. However, he mentions that in hot and humid environments, iced drinks should be beneficial.

I find all this quite fascinating and there is definitely much to learn from listening to ancient wisdoms and beliefs. What works in cooling us down depends a lot upon the environment in which we live. That said, to remain cool in Thailand’s hot summer, have spicy foods as well as cooling foods. I hope these tips help you survive the hot weather and that you’d venture out of the cool air-conditioned cave and explore the sights.

Wishing you all a cool core. Happy summer!