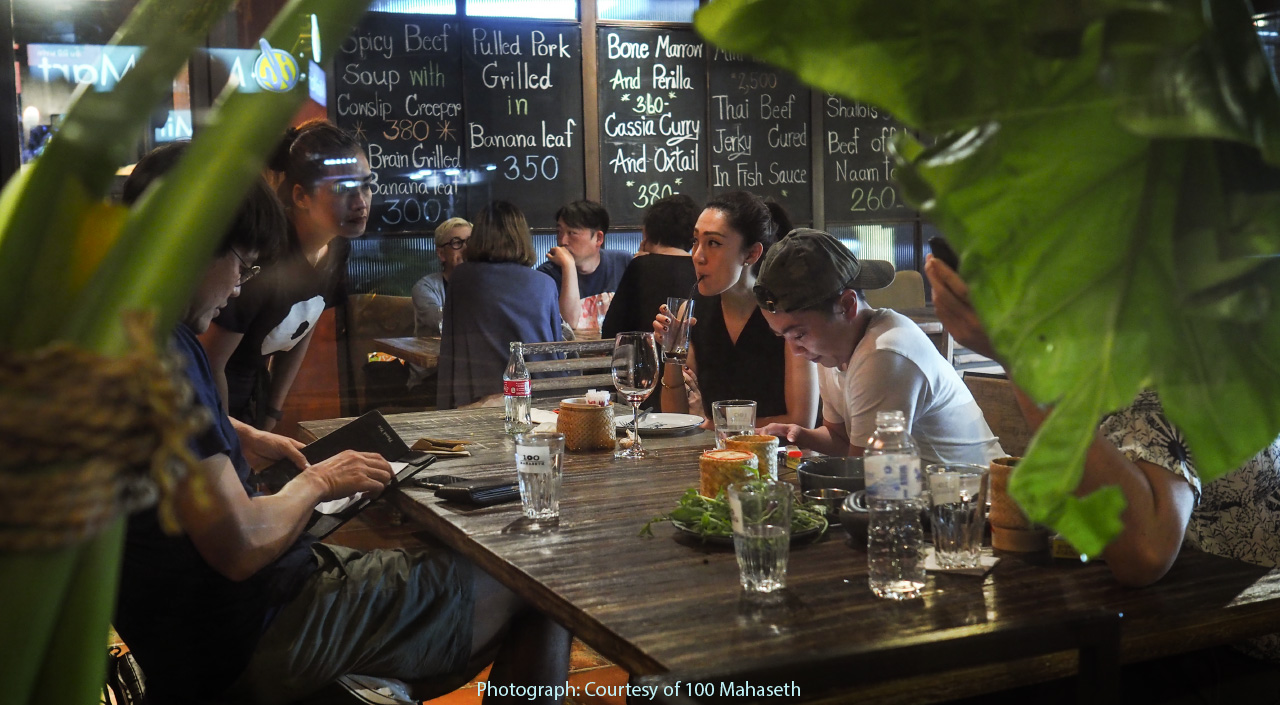 Charoenkrung Road has long been a mainstay of Bangkok, one of its oldest, most important, and historical spots. King Rama IV built it in 1861, following the Chao Phraya river, back when the city was traversed by boat. In fact, the road was actually constructed after European consuls moaned that there was nowhere for them to go for a ride in their horse carriages like they were used to back home, and this long riverside promenade fit the bill.

The street has always been associated with commerce, linking both Chinatown and the river to the burgeoning business district and rest of the city, first via river, then road, and now skytrain. Even more importantly, Charoenkrung has always been associated with great food, whether it be the renowned old street food stalls and shops like Prachak Roasted Duck, the century plus-old duck noodle restaurant, or the congee stall Jok Prince, or the aptly named Volcanic Fried Mussels and Oysters holein-the-wall eatery. Fine dining was also always found in the hotels off Charoenkrung, with spots like Le Normandie and The China House in the Mandarin Oriental Bangkok serving up the most elegant French and Chinese cuisine in town. No Bangkokian of means can call the city home without at least once calling in for a meal at one of the 5-star stays along the river.

But with the impending arrival of the MRT into Chinatown and the prolific creative arts vibe that has made inroads along the avenue, the spotlights are back in the area. Now with art gallery cafés, bars, and shophouses like Speedy Grandma, Cho Why, and Soy Sauce Factory leading a rush of young, hip, art-savvy bohemians away from Thonglor and Sathorn, there has been the need to feed all these not-so-starving artists with some cutting edge creative eats, and thus a selection of exciting new restaurants are transforming one of Bangkok’s top food area into something even more palate-enticing.

Here’s a look at some of the latest creative entries. 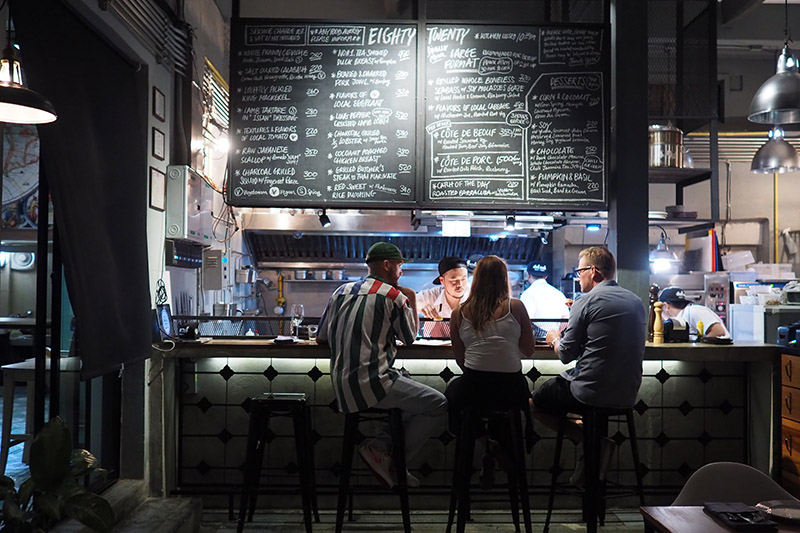 80/20
The name comes from this cool restaurant sourcing 80 percent of its ingredients locally, and takes age-old Thai dishes and gives them a few twists. 80/20 was awarded a Michelin Plate distinction in The Michelin Guide, Bangkok earlier this year, and the industrial shophouse vibe makes it a relaxing and aesthetically pleasing spot to hang-out in the evening. Chef Napol Jantraget and his Japanese wife Saki Hoshino, a master pastry chef, churn out some great renditions of cutting edge cuisine, using an array of pickling, fermenting, and char-grilling to create delectables like snakehead fish with mustard greens or seared tuna with daikon and butterfly pea. Definitely leave room for dessert, as Hoshino’s pastries and cakes really shine. 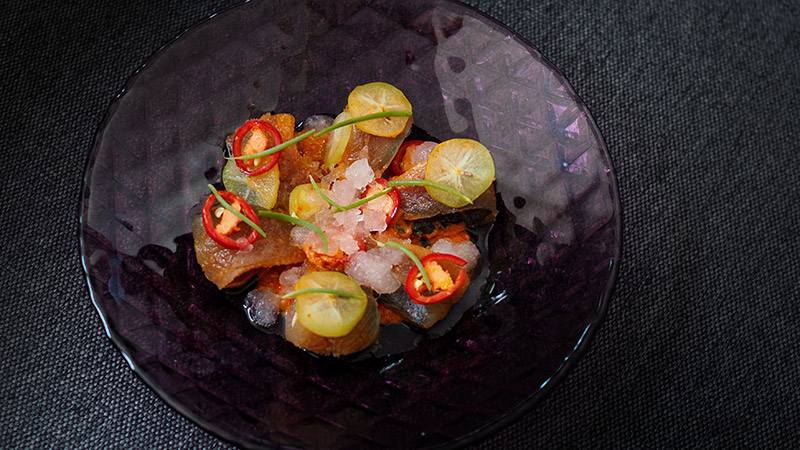 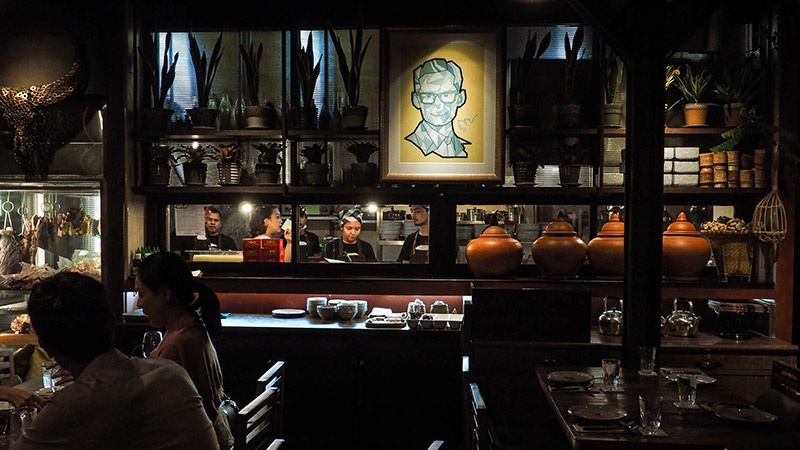 100 Mahaseth
While nose-to-tail dining (where nothing of the animal is wasted, including entrails and internal organs) might not be new to rural Southeast Asia, it most certainly wasn’t popular amongst gastronomes until London restaurateur Fergus Henderson wrote The Whole Beast, and started the Michelin star-awarded St. John restaurant. Ian Kittichai’s Smith on Sukhumvit gave us a brief taste of swallowing the offal, but most Bangkokian palates were nowhere near ready for it. Now nose-to-tail has returned with an array of Isaan-influenced dishes elegantly presented by chefs Chalee Kader (of Surface Bistro) and Randy Nopprapa (of Fillets). Dig into delicacies like khao poon pig’s brain mousse and rice noodles, pork jowl, oxtail with cassia leaves, and divine bone marrow Vietnamese pho, and don’t be shy about it, as your taste buds are in for an educational treat. 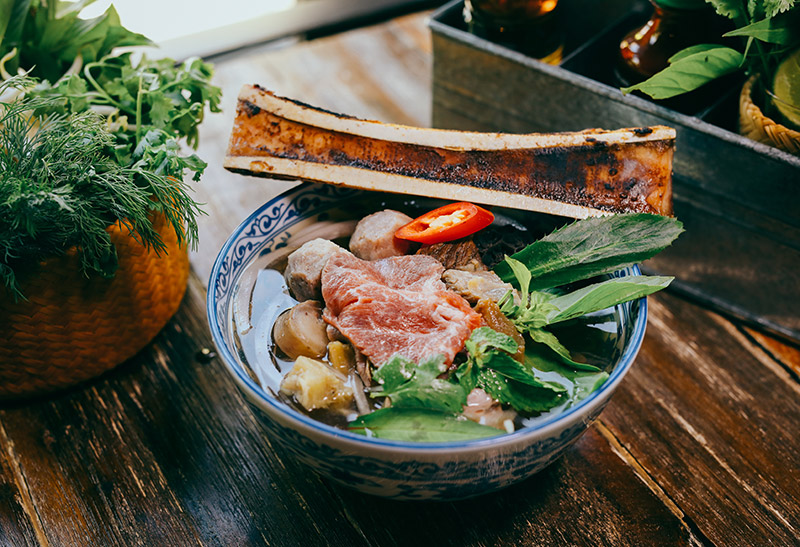 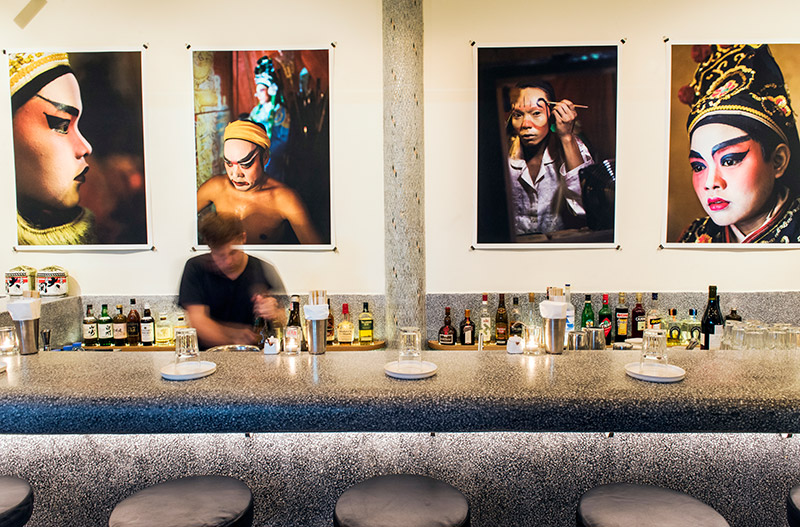 Jua
Jua pretty much combines all you could ask for from a Japanese izakaya, only this one is modern and hip. Master cocktails and curated sake from a superb mixologist served up alongside of sharing tapas-style Japanese bites like pork belly or a variety of yakitori skewers, all set in a former gambling house turned terrazzo bar make for one enchanted evening. Jua is owned by Chet Adkins, former executive chef at the swank Ku De Ta, and Jason Lang, one of Bangkok’s premier photographers. Lang’s photos grace the walls around the bar, which has become one of Charoenkrung’s most enjoyable hang-outs. The izakaya servings are really creative here, make sure to try the banana prawns grilled over longan wood and basted with durian butter; the mélange of flavors assaulting your taste buds will be wonderful. 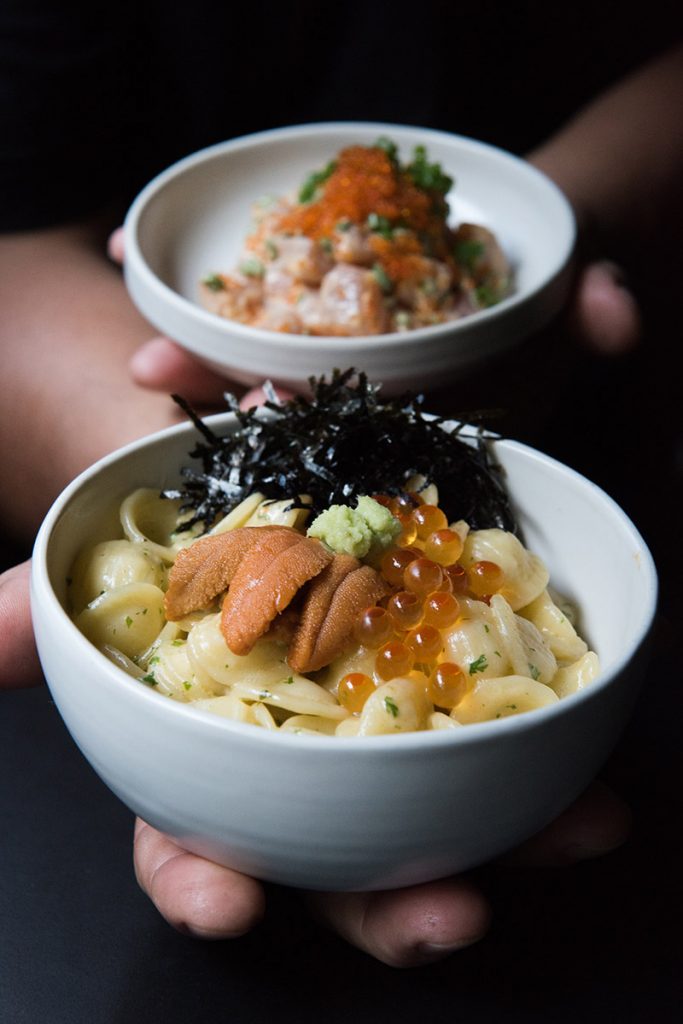