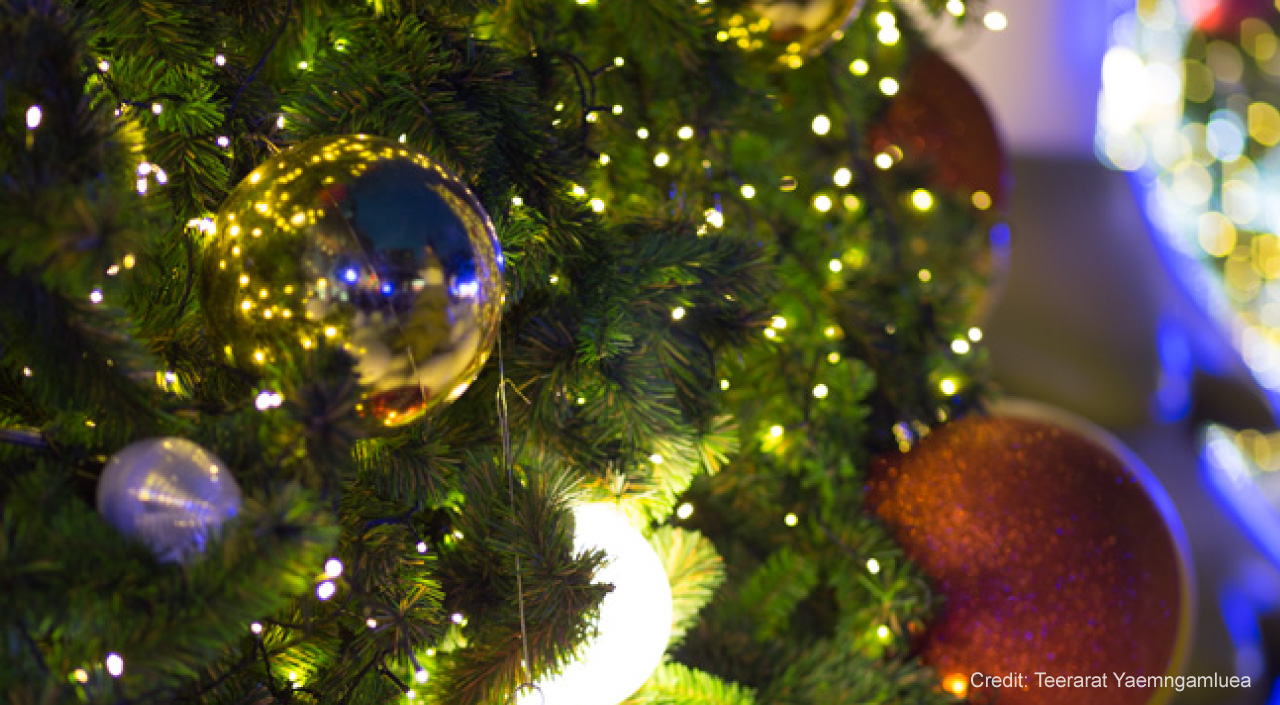 Celebrating Christmas as a Buddhist

It’s almost time for Christmas once again. Of course, we’ll soon be hearing Christmas music blaring out from just about everywhere we go in Bangkok as Christians around the world celebrate the birth of Jesus Christ. Despite having been raised as a Buddhist and sent to a Thai school here in the Big Mango, I have no qualms about admitting that I enjoy this holiday as much as my Christian friends do.

When I was a kid, I always felt that Christmas was a time of joy and fun with all the colorful decorations: Christmas lights, sparkly little stars and trinkets, figurines of angels on Christmas trees and baubles hanging in the windows

I sometimes wonder if some of us who are not Christian can really celebrate this tradition the same way Christians do. I had this willingness and eagerness to learn more about the origin of Christmas when one of my colleagues, upon receiving a Christmas card from me, asked me if I was a Christian. Somewhat taken aback by the question, I promptly said: “No”. As a result, I personally felt the need to bone up on its history to contest my friend’s views on Christmas by proving the point that the occasion is for all to enjoy.

The first occurrence of Christmas was around the fourth century when the Church decided to celebrate the birth of Christ at the same time as Yule, a Germanic pagan winter festival and holiday that occurred in December and January; hence the  reference to Yule as Christmas and Yuletide as the period around Christmas. According to Christian beliefs, the Christmas tree represents Christ. Like the pagan tradition, pine trees, which are evergreen even in winter, are used as Christmas trees to signify the beauty of life and its triumph over adversity.

Christmas is also a time for hope and contentment, not to mention the beauty of a white Christmas in the northern hemisphere. Christmas is also a time of sharing and giving. It is very common for Christian folks to volunteer at the community center, women’s shelter or orphanage to offer free food and entertainment to those in need. This is a beautiful act of humanity and people of any religion can do the same. It is also a great way to start the new year.

With Bangkok’s temperatures in the 40s during the summer followed by long muggy rainy days, most people find temporary relief from the heat once the cool breeze blows in from the north around December. Even without snow, we still appreciate the chill air while strolling downtown soaking up the festive atmosphere and the beauty of those spectacular fairy light decorations everywhere.

‘Tis the season to be jolly in Bangkok just as the Christmas trees rejoice at the first (artificial) snow at posh hotels and public squares. Christmas and New Year continue to keep our spirits up no matter who we are and where we live. In a city that never sleeps like Bangkok, its Buddhist inhabitants will definitely be among those celebrating Christmas and making the most out of the festive season.