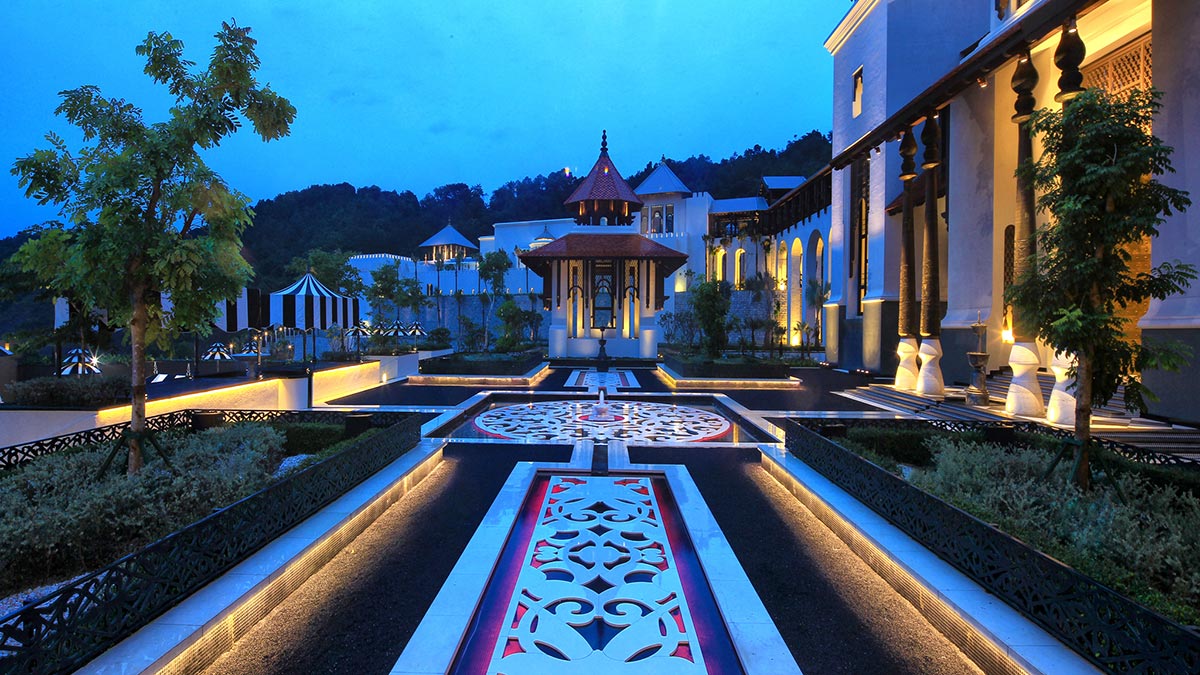 If you’ve ever stayed in a stylish resort anywhere in Asia, there’s a good chance that the elegant design around you was created by Bill Bensley, one of the world’s top architect and landscape designers, and certainly one of Thailand’s most creative and successful foreign residents. From the plush Four Seasons Tented Camp to Bangkok’s Siam Hotel, Bensley has created a slew of outstanding properties. But as he sees it, it’s not about designing a resort, it’s about designing an experience.

Bill Bensley went to the prestigious Harvard Graduate School of Design, a small program with a select group of students from around the world. It was here that he met renowned Thai designer Lek Bunnag, who invited him to come to Singapore where Lek was doing a professorship. While visiting, Bensley got a gig for an American landscape firm designing the Hyatt in Bali, and this sojourn led to a life in Asia.

After a stint in Hong Kong, dictated by deadlines and time sheets, Bensley opened his own studio in Bangkok, taking a mantra from his father, who encouraged Bill to “always do your best work, regardless.” Bensley decided this meant banning time sheets, and doing the best job possible, even at the risk of financial loss. Places like the Four Seasons Chiang Mai, Anantara Hua Hin, Dusit, and Marriott properties were all built during Bensley’s early days here, pretty much plant by plant from the garden up, and according to Bill’s credo of never cutting down a tree or changing the land profile, as well as his belief that if a project wasn’t fun, it shouldn’t be undertaken, both of which have served him well over the years. 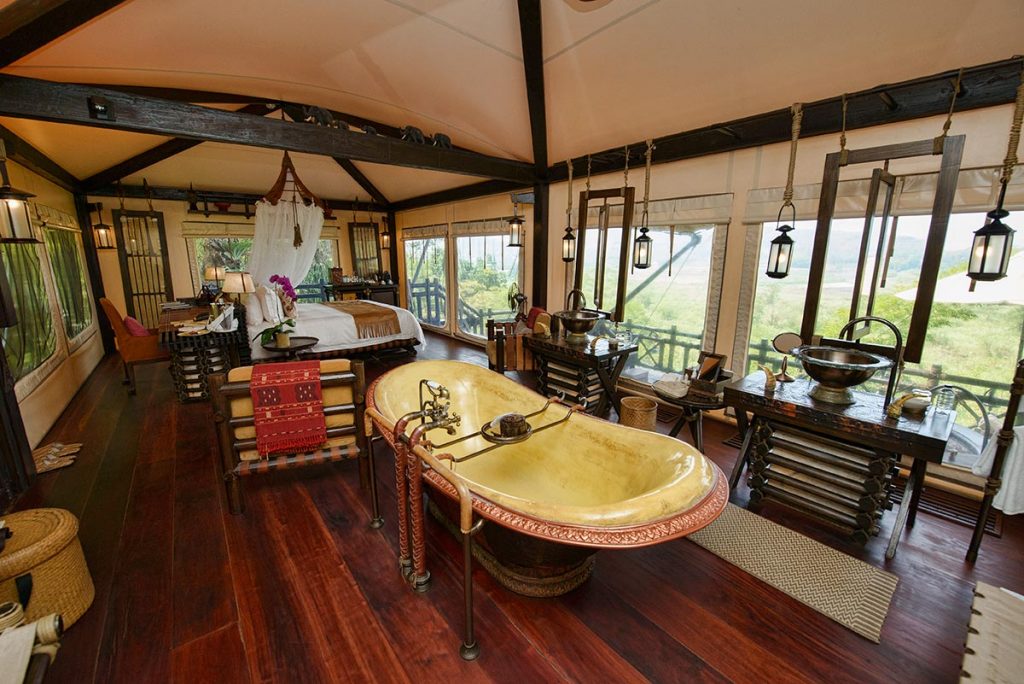 The Four Seasons Tented Camp in the Golden Triangle is one of Bensley’s masterpieces with just 15 luxury tents hidden away in the jungle along the Mekong River. The exquisite landscaped property was voted the World’s Best Hotel by Condé Nast three years running, a feat which has never been duplicated. The intricate gardens here are typical of many of the Bensley-designed properties, full of atmospheric ruins, most likely inspired by Bill’s early travels to Angkor Wat in the 1980s, back when it was still dangerous to visit the ruins, and tourism had yet to arrive. The Tented Camp itself was inspired from African safari camps, and at the time, nothing like this had ever been done in Asia.

While the Tented Camp is all about the jungle surroundings, in Phuket, Bensley designed the Indigo Pearl, which pays homage to Phuket’s early days as a tin mining center. Aluminium art statues of tin miners are found throughout the restaurant and lobby, while the bar sports old fluttering fans, mining lanterns, metal tables, and collectibles from Phuket’s mining past, and rooms feature brass taps and fixtures all painstakingly thought out and designed, a trademark of Bensley properties. 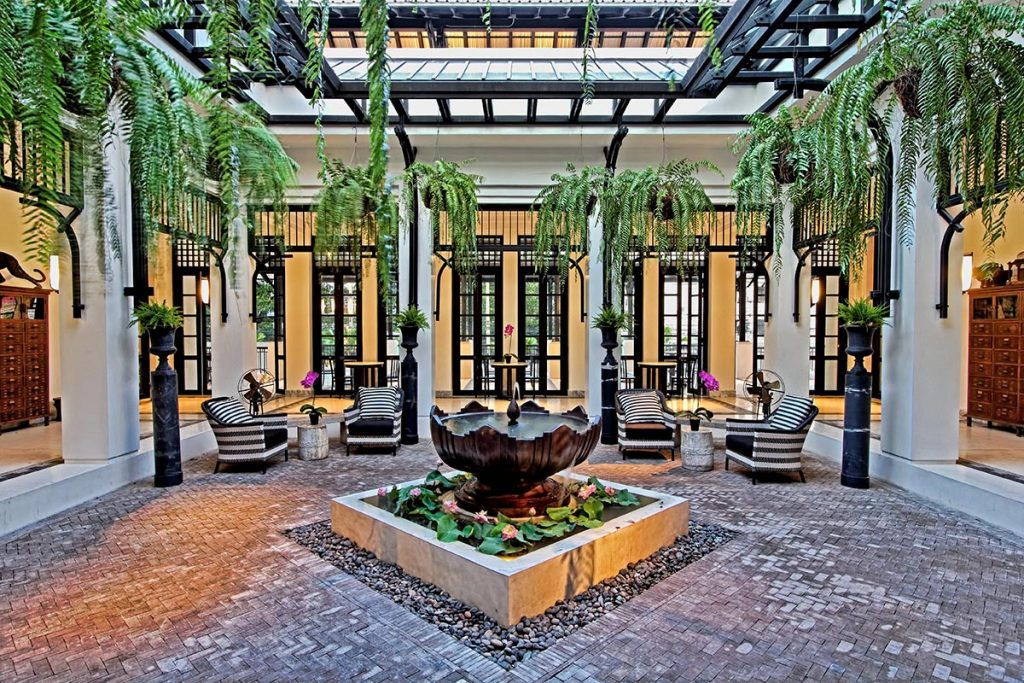 While Bensley has designed over 200 resorts in some 30 countries throughout the world, including the Ritz Carlton in Puerto Rico and some of the Oberoi properties in India, perhaps his most endearing project is that of Shinta Mani in Siem Reap, Cambodia. As a part owner of the resort (two in fact, as there is a Shinta Mani Club and a Shinta Mani Resort), Bensley was thoroughly immersed in the community, and responding to the depressing living conditions of locals that he saw around him, he decided to start the Shinta Mani Foundation, which opened a hospitality school providing scholarships to those who want to rise out of poverty working in the hospitality industry. These days, many of the workers at Shinta Mani are school graduates, and the Foundation has now expanded to open an alternative farming school, where locals learn to diversify the limited crops grown in Siem Reap, as well as perform small-scale community agriculture.

Bensley’s latest mega-project has been the astounding Royal Istana of Kuala Terengganu, a palace made for the Sultan of Malaysia. It took over 15 years to complete, as well as needing some 5,000 unique drawings spanning up to 9 meters in length created for the master plan. The palace has over 100 rooms, plus 14-ton bronze doors and hand-cut Moroccan ceramic tiles. 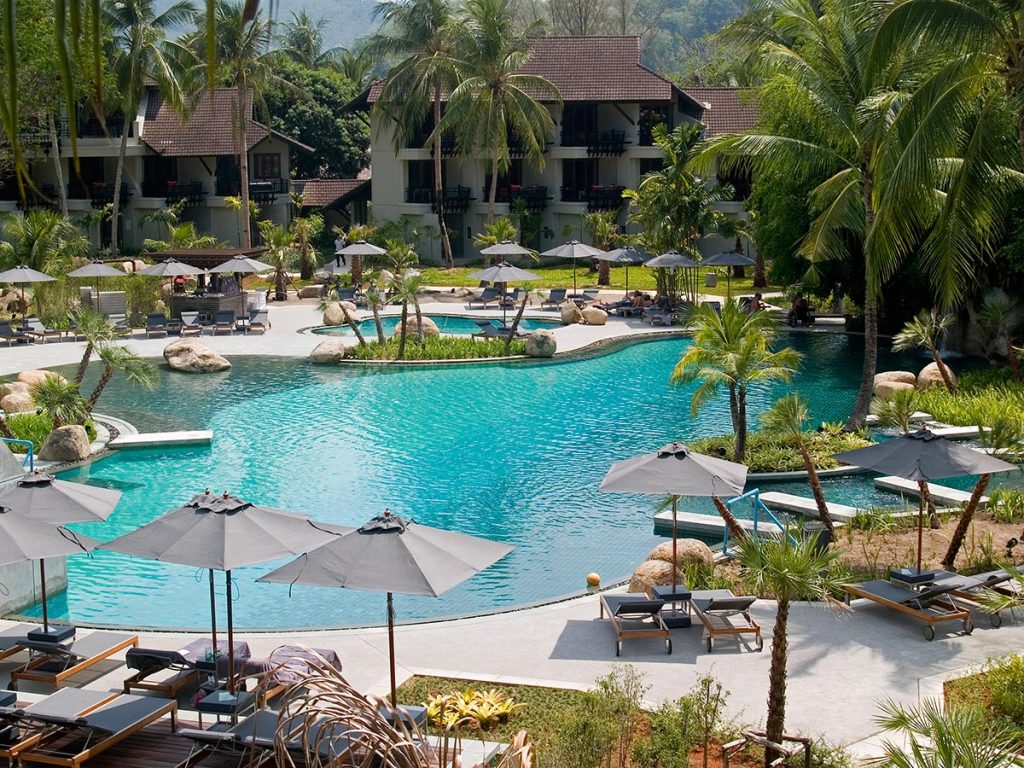 While opulence often goes hand-in-hand with many of the Bensley projects, it isn’t necessarily the driving force. Another recent project is a resort in St. Kitts, in the West Indies, whose main feature is a 162-hectare edible garden. And the Shinta Mani Foundation is now working on a proposed 350-acre private wildlife reserve in Cambodia, the first of its kind, that will be home to Asian bears, wild elephants, rangers, and undoubtedly, some swank tents to call in to. 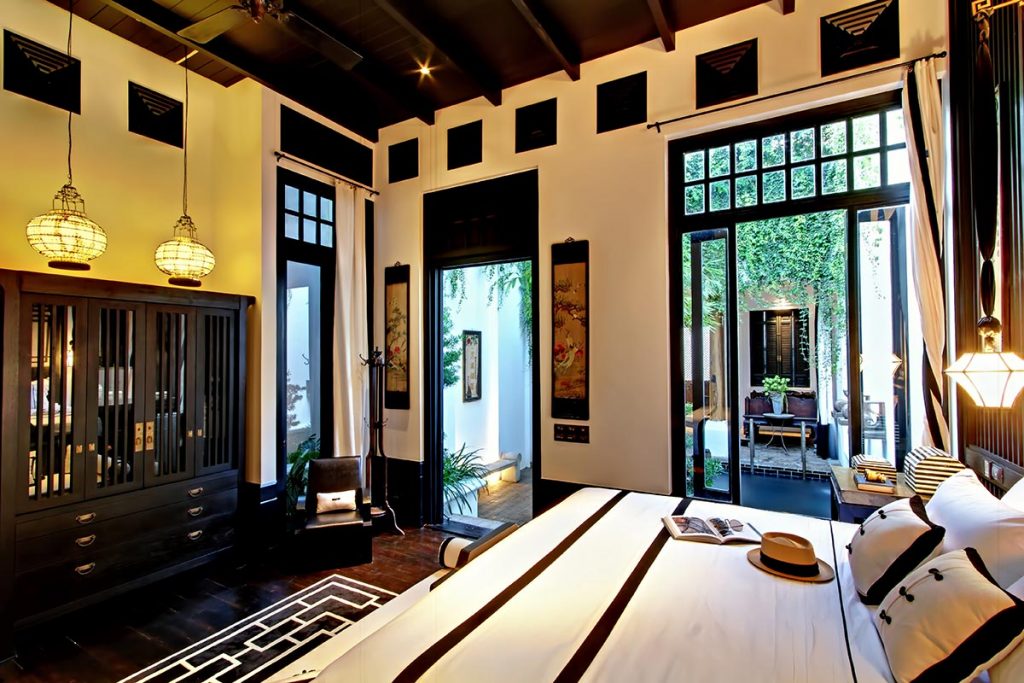 With a staff of over 150, and at least four requests per day from clients beseeching the team to come design their properties, Bensley has little time off. But when he does, he heads to remote corners of the world, like Mongolia or Patagonia, to go fly fishing and enjoy hidden camps far from the maddening crowd, a rest that is most assuredly well deserved. Home remains Bangkok, in a personally designed garden property called Baan Botanica, where he resides with his longtime partner Jirachai. 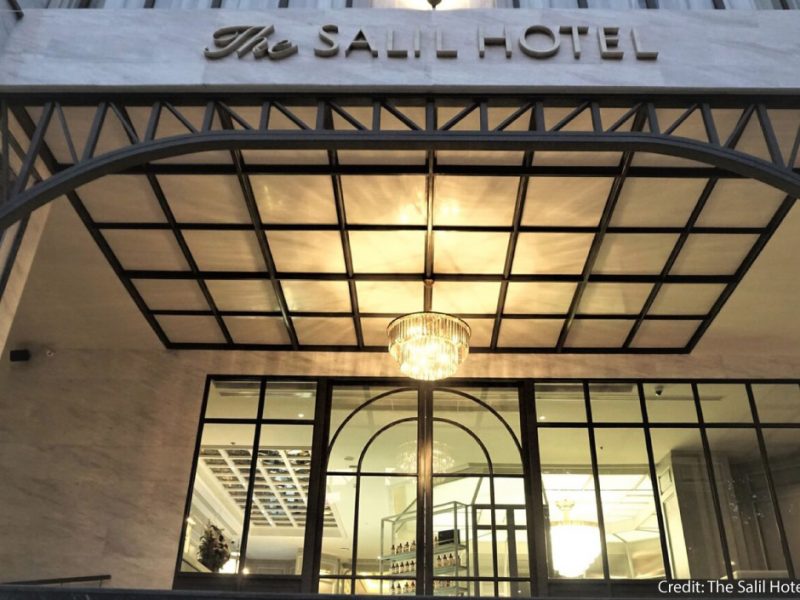 The Salil Hotel – A Slice of Classical Europe in Thonglor 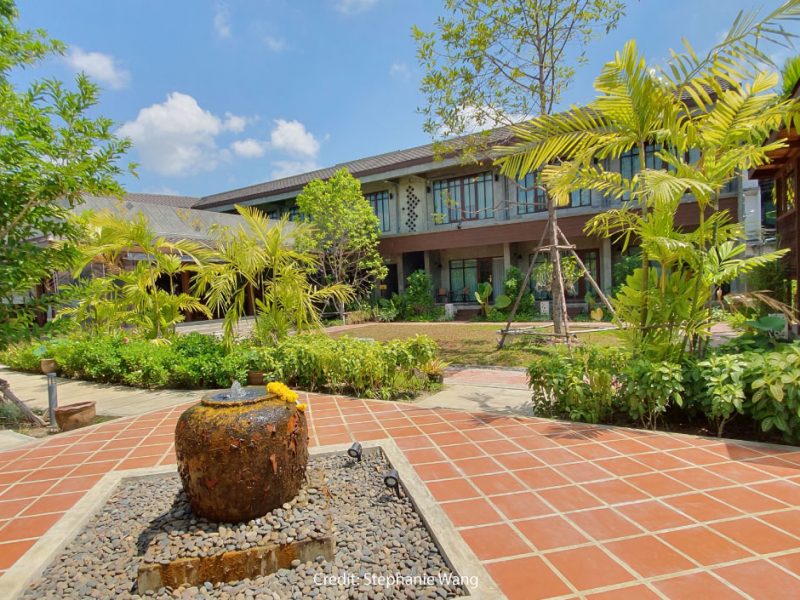 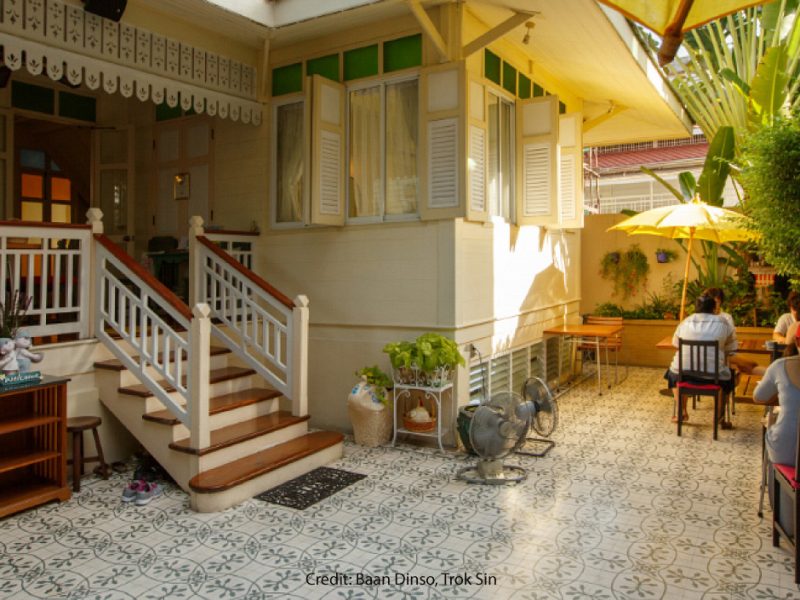