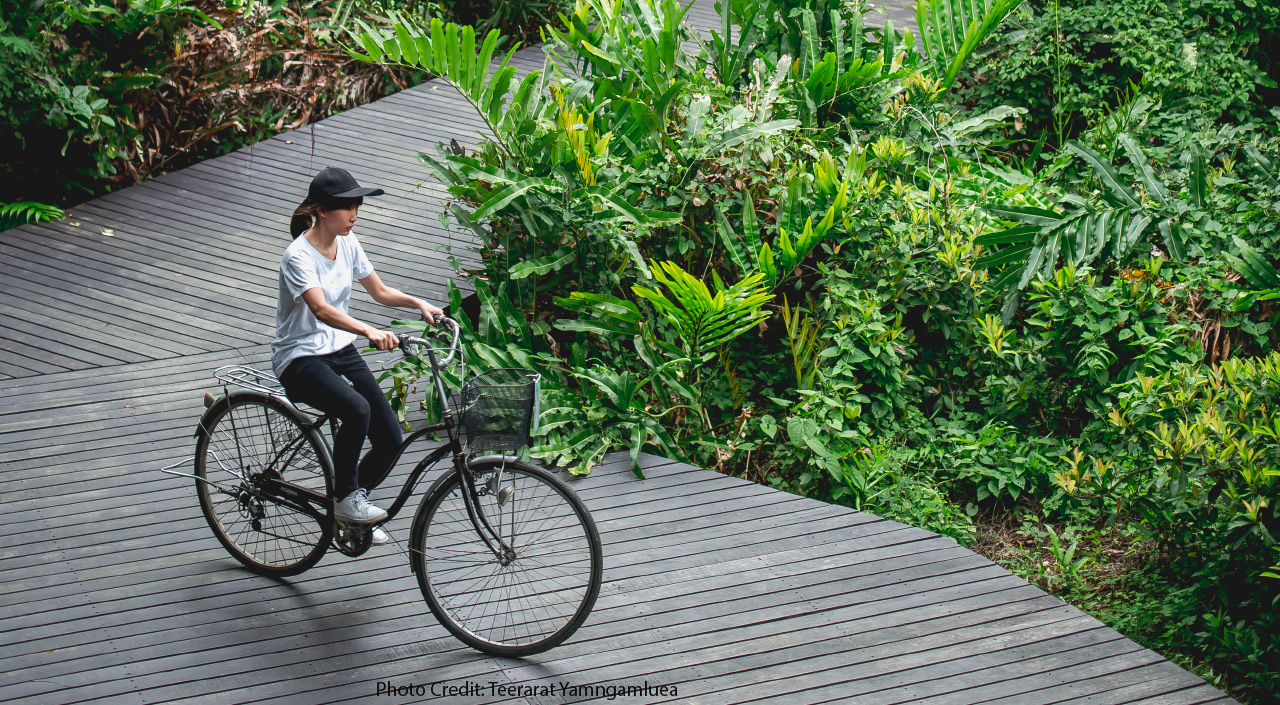 We have plenty of stories each issue about the latest craft beer and hidden speakeasy bars, as well as the latest restaurant openings, foodie gems, and of course every type of advice on shopping until you drop. Given that Bangkok is one of the best cities in the world right now for all of these kind of things, it most certainly isn’t noted for its outdoor options, with plenty of sub-standard air quality and a lack of outstanding public green spaces. However, it isn’t all doom and gloom. There are  some good spots to bicycle, run, and yes, even go boating, whether it be before or after work or on the weekend. Here are some of my favorites. 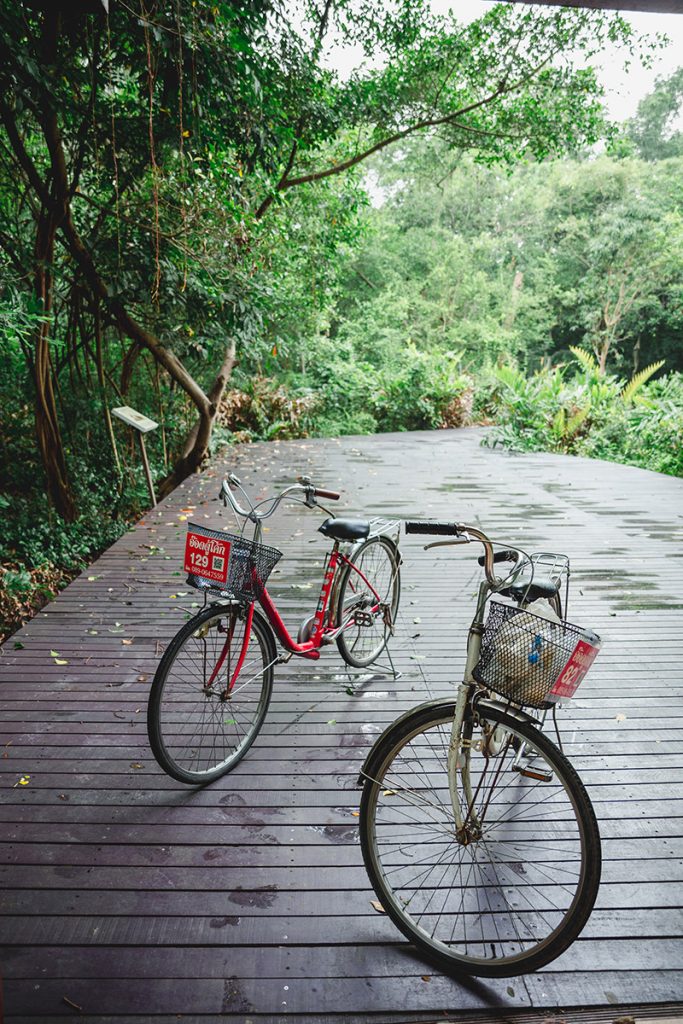 Bicycling: Most folks wouldn’t think that going for a bike ride at the airport would be cause for excitement, but the Sky Lane out at Suvarnabhumi Airport is the top place in town for serious cyclists. Sky Lane is a collaboration between the Airports of Thailand and Siam Commercial Bank, and features a 23.5km custom-built track around the airport perimeter. Entry is free, and the re-usable radio-ID SNAP wristbands act as ID cards and e-wallets, allowing you to purchase items at the rest and refreshment stops located inside the facilities. It’s probably the only place in Bangkok to really crank up the revolutions without being surrounded by traffic, and there are both fast and slow lanes depending on your focus. Only problem is that you either have to drive your bike out there, or else deal with some pretty horrendous cycling to get there under your own steam! 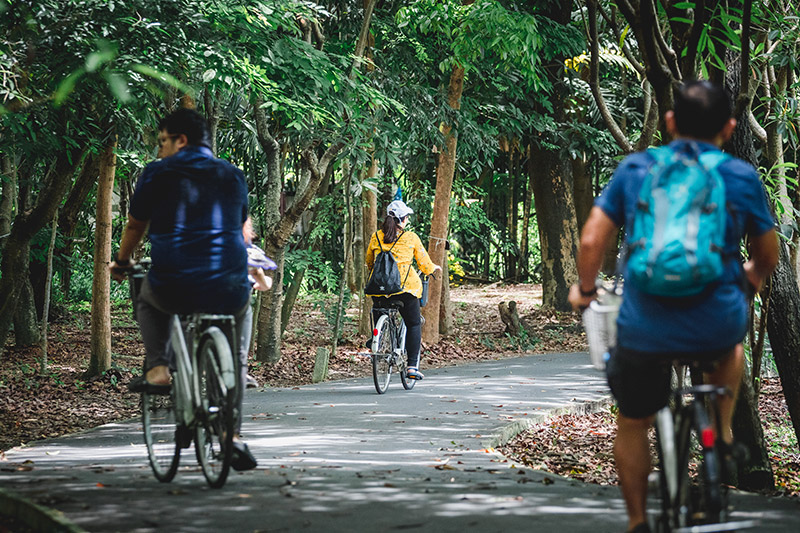 Besides the Sky Lane track, most of the running parks in Bangkok also feature bike lanes, although they are pretty narrow and can get crowded. Best of the bunch is the Suan Rot Fai Railway Park, which has loop trails of around three kilometers, rental bikes for THB 40 for the day, and there are even mountain bikes and large-size frame bikes, plus a tandem for two. Lumpini Park and Benjakitti Park also have bike lanes and rentals, although smaller and far more crowded than Suan Rot Fai. 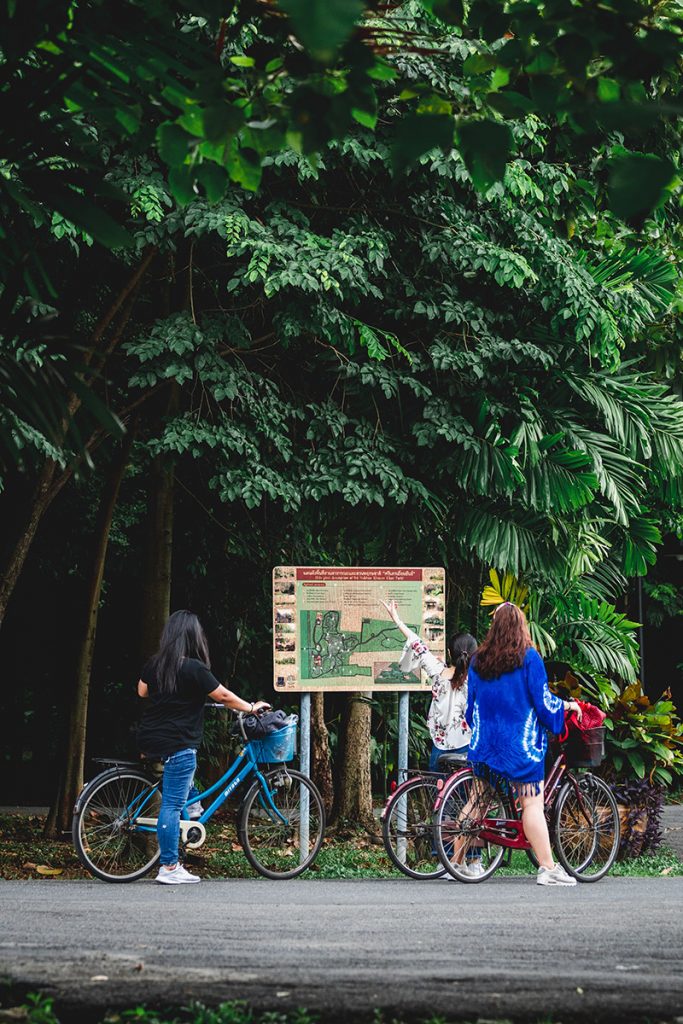 For leisure cycling, Bang Kachao, also known as the “Green Lung” of Bangkok, is the city’s largest open green space (accessed by five baht ferry across the river from the Wat Klong Toei pier). There is little development here, and there are fabulous elevated walkways and cycle paths to follow around wetlands, passing by old homes, coconut tree-filled forests and farms, and there are even a few gourmet cafés, cake shops, and boutique homestays should you decide to spend a weekend. Best of all, you don’t even need your own bike here as you can rent one right when you get off the Bang Kachao ferry. There are maps available at the bike rental places, but it’s just as fun to meander and get lost. 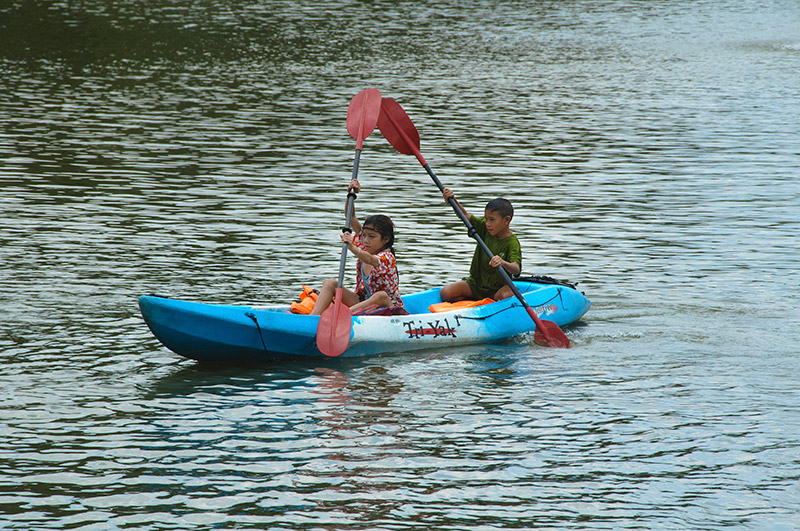 Boating: While I’ve often thought it would be cool to do a kayak trip from Ayutthaya to Bangkok down the Chao Phraya river, reality dictates that it would be awful, with tons of barge traffic, ferries, and other swarms of boat navigating the murky waters. However, the city does have some fun alternatives. Over at Benjakitti Park, you have a choice of canoes, rowboats, or swan paddleboats to take out on Lake Rachada, which is about 2km in diameter. The park is at its best just before sunset, with cooler temperatures and sometimes colorful skies, and there aren’t too many people out on the water, meaning if you want to get into a rowboat and really get an upper-body workout, you can crew to your heart’s desire without interference. Boat rentals are only THB 40 an hour, a fraction of the price of a workout at any of the city’s indoor gyms and fitness options. You can also rent kayaks, canoes or paddleboats at a few other locations around town, such as Lumpini Park, the Suan Rot Fai Railway Park, and at the huge Sri Nakhon Khuean Khan Park over in Bang Kachao. 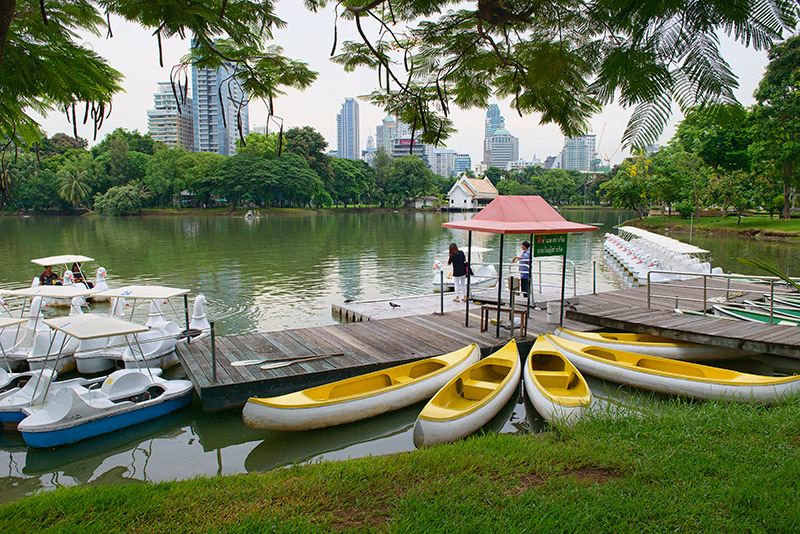 For something even more extensive, make the trek past the Suan Luang Rama IX Park to Nong Bon Lake, where the Nong Bon Lake Watersports Center will give you membership for THB 40 for an entire year with access to kayaking, sailing, and windsurfing all on the premises. Your yearly member fee will include all gear and boats as well as free instruction, with lessons every day at 2 and 4pm. This has to be the best deal you’ll find in town! 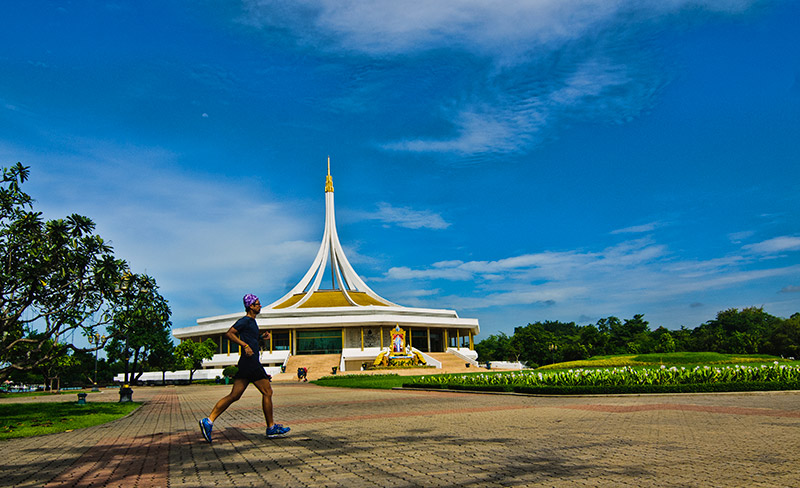 Running: Not much state of the art here, and plan to be humid, wet, and competing for space, but it still can be redeeming. Suan Luang Rama IX Park has a 5km track and Suan Rot Fai Railway Park has a 3km track, but they are a bit further out to get to for before/after work runs. Lumpini has a 2.5km meandering loop track, but it gets very crowded here. My personal favorite is the 2km track around Benjakitti Park, as it’s a straightforward route, right next to both the BTS and MRT (yeah, bring a shirt to change into for the ride home!) and the views of both the lake and the different flowers that bloom every single week make it seems like a real oasis in the heart of the city. 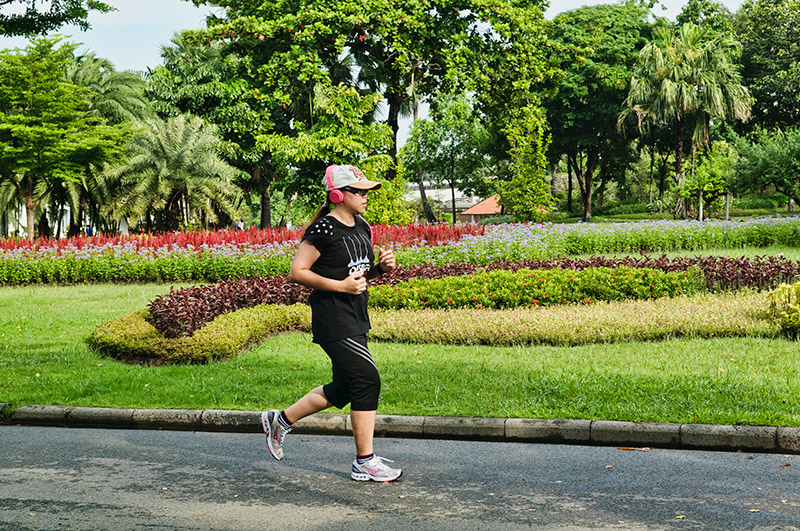