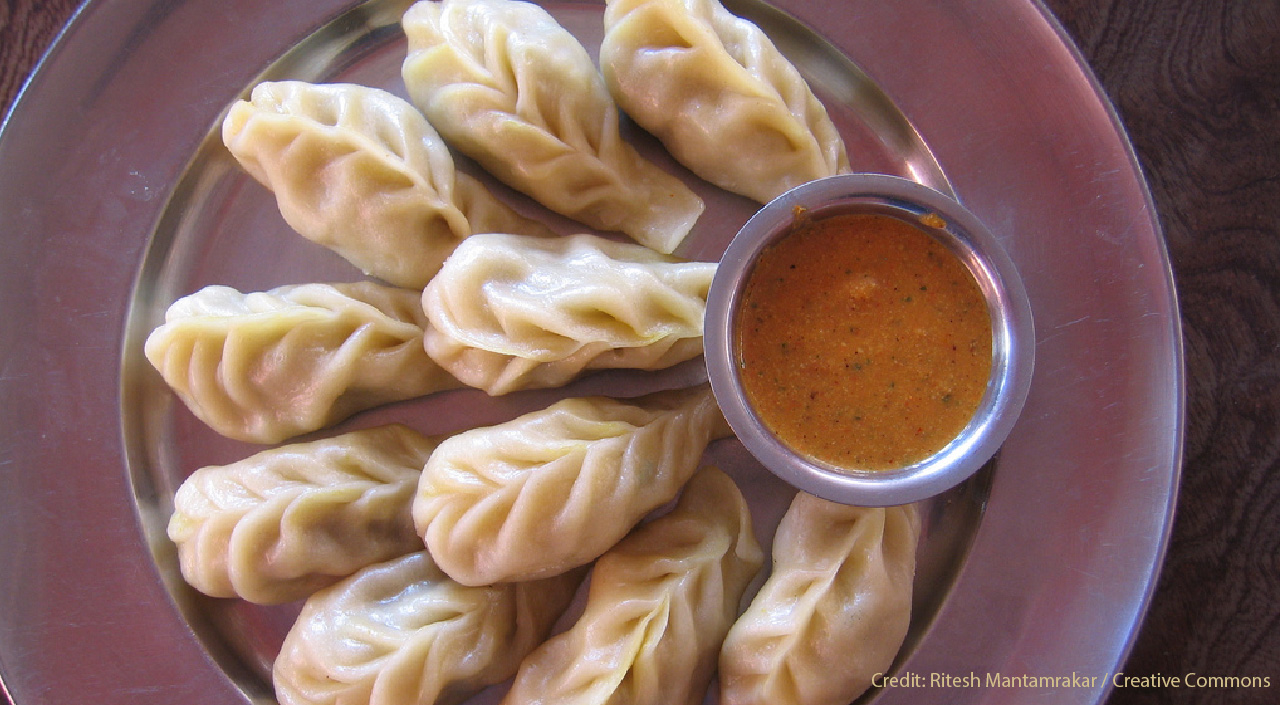 One of the most popular ethnic delicacies in Bangkok is dim sum, the umbrella term for a type of Chinese (Cantonese) cuisine with bite-size menu items that range from shumai pork and shrimp dumplings, har gao (big prawn wrapped in a soft thin sheet of dough), to wonton soup and xiao long bao, the famous BBQ pork fluffy bun. When most people hear the word “dumplings”, they usually think of Chinese dim sum dumplings (with meat filling). But now we have come to the realization that many parts of the world do more or less share the same idea and recipe when it comes to making their own kind of dumplings; they use slightly different ingredients and cooking methods. The following are some of the variations of dumplings found in Asian countries. 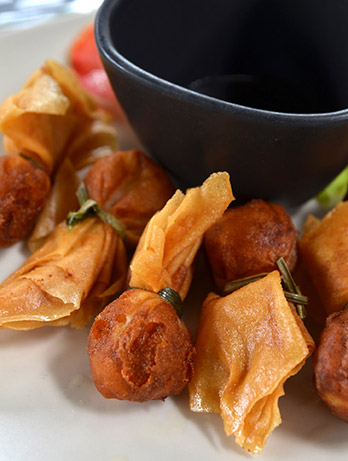 Thung Thong and Sakoo Sai Moo
You may never have thought that one of the traditional Thai snacks thung thong or “Golden Sachets” comes from the idea of deep-frying dumplings. The Thai appetizer is made of minced pork and shrimp stir-fried with garlic and ground coriander seeds. The mixture is seasoned with soy sauce and sugar and put inside a wonton wrap. Then tie the top part with long thin scallions and deep-fry to crispness. The soft delight is served with sweet chili sauce.

Sakoo sai moo, or tapioca balls (sago) with pork filling, is  also a Thai snack that bears the same concept as Chinese dumplings. The texture, however, is different than other types of Chinese dumplings due to the main ingredients made from sago palm plants. 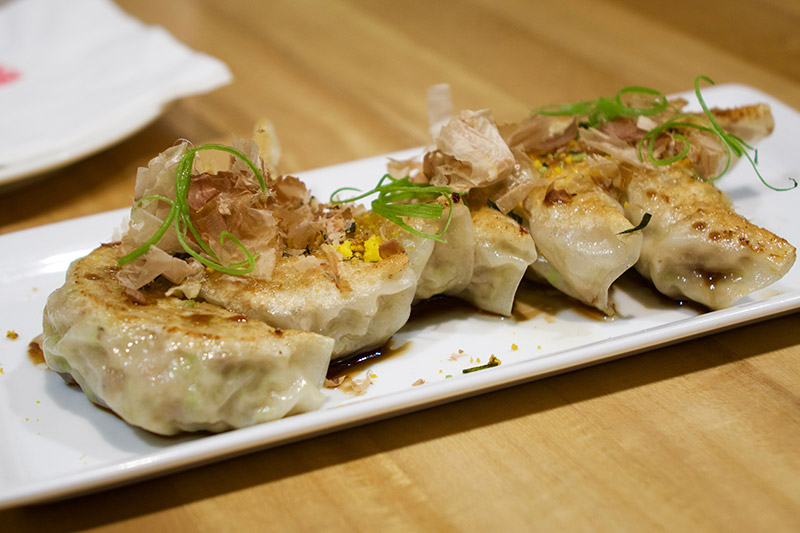 Japanese Gyoza and Korean Mandoo
Gyoza is usually what comes to mind when one thinks of Japanese dumplings. Apart from minced pork as the main ingredient, there’s slaw for added crunchiness. This pleated, semi-circular-shaped wonton is known as “pot stickers” in some Western countries due to the cooking method. After you deepfry the bottom part of the gyoza in hot oil until golden brown, you then add water over them half-way and cover the sauce pan altogether. The gyoza will be steam-cooked to perfection in no time while remaining crispy at the bottom. But if cooked too long, the gyoza will dry out as all the water evaporates leaving the bottom part sticking to the pan, hence its Western name.

In the world of Korean dumplings, the most famous one served in almost every restaurant is known as mandoo or mandu. The ingredients are almost similar to gyoza but with the addition of tofu and chopped mung bean noodles in the wrapping. Mandoo comes in different shapes but the well-known typical style is the full-moon shape. Mandoo used to be served solely in the royal court, but it’s now popular in Korean local markets and restaurants. 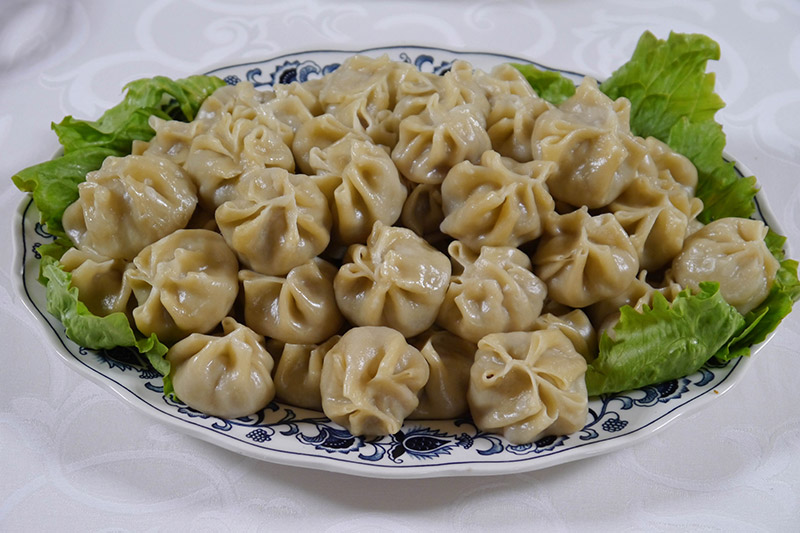 Mongolian Buuz
Buuz is a Mongolian dumpling dish that shares a lot of similarities with Chinese dumplings. Buuz is bigger in size but also steamed. Inside the white plumb dough is a mixture of ground mutton or beef seasoned with salt, garlic, pepper, and chopped onions. This simple recipe of Mongolian dumping is also easily adapted for the deep-fried version of buuz called khuushuur which is made flat in a circular pocket that is deep-fried until golden brown.

Interestingly, due to the proximity of geographical locations, khuushuur shares a lot in common with the popular Russian snack chebureki, a deep-fried flat dough folded in half in a crescent shape with a meat mixture (ground beef or lamb with garlic and chives). Chebureki is a popular snack in Russia, Ukraine, Turkey, and Romania. 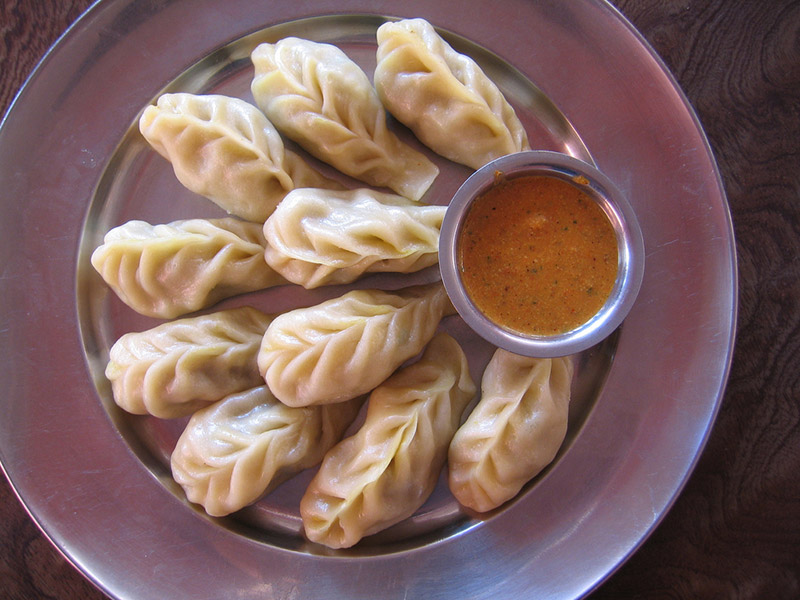 Nepalese Momo
If you love watching mountaineering documentaries or have visited Nepal, you will have surely seen momo as it’s one of the main sustenances in this area of high altitude. This type of South Asian dumpling is actually native to Tibet, Bhutan, Nepal, and in North Indian region. Momo is very similar to Korean mandoo and Mongolian buuz. The main difference is that apart from beef and lamb, you may find yak meat and local cheese as the main ingredients. Steamed momo come in all sizes and shapes: from a round pocket to a halfmoon and crescent moon. When deep-fried, it will look very much like gyoza. 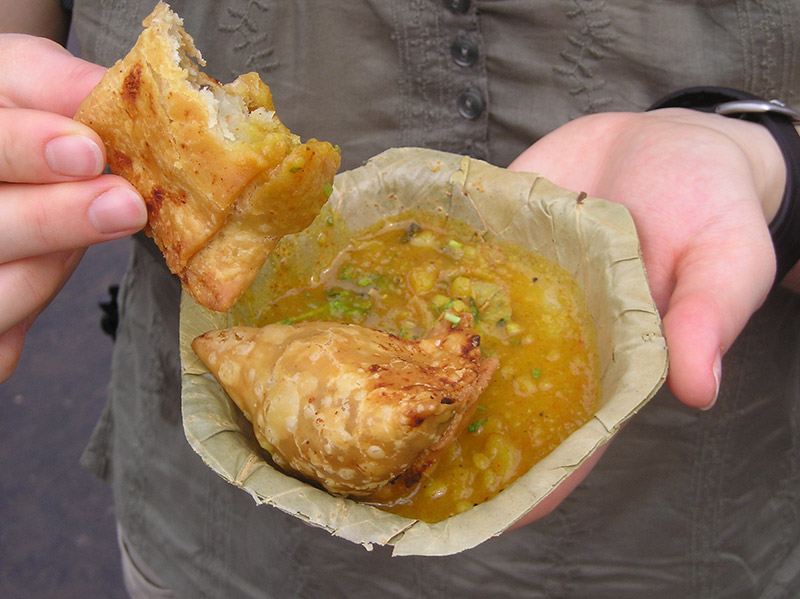 Indian Samosa
There are different types of Indian dumpling dishes but the most popular one is samosa (with spelling variations of sambusa or samboksa). Authentic Indian samosas are vegetarian dishes with diced potatoes, onions, peas, or lentils as the main ingredients. The mixture is spiced up with cumin, ginger, garam masala, coriander seed, red chili powder, and turmeric powder, then put it inside a soft dough that is folded into a triangular shape and deep-fried to golden brown. Samosas are served with fresh green chutney, yogurt or even tomato sauce. A variety of samosas can be found in Southeast Asia, such as in Thailand, where we call the meaty variation of it “curry puff.”

Food can be a topic of an endless conversation. Learning more about food, such as dumplings, and its origins can enable us to have a better understanding about people from different countries and how much we share in common culturally.