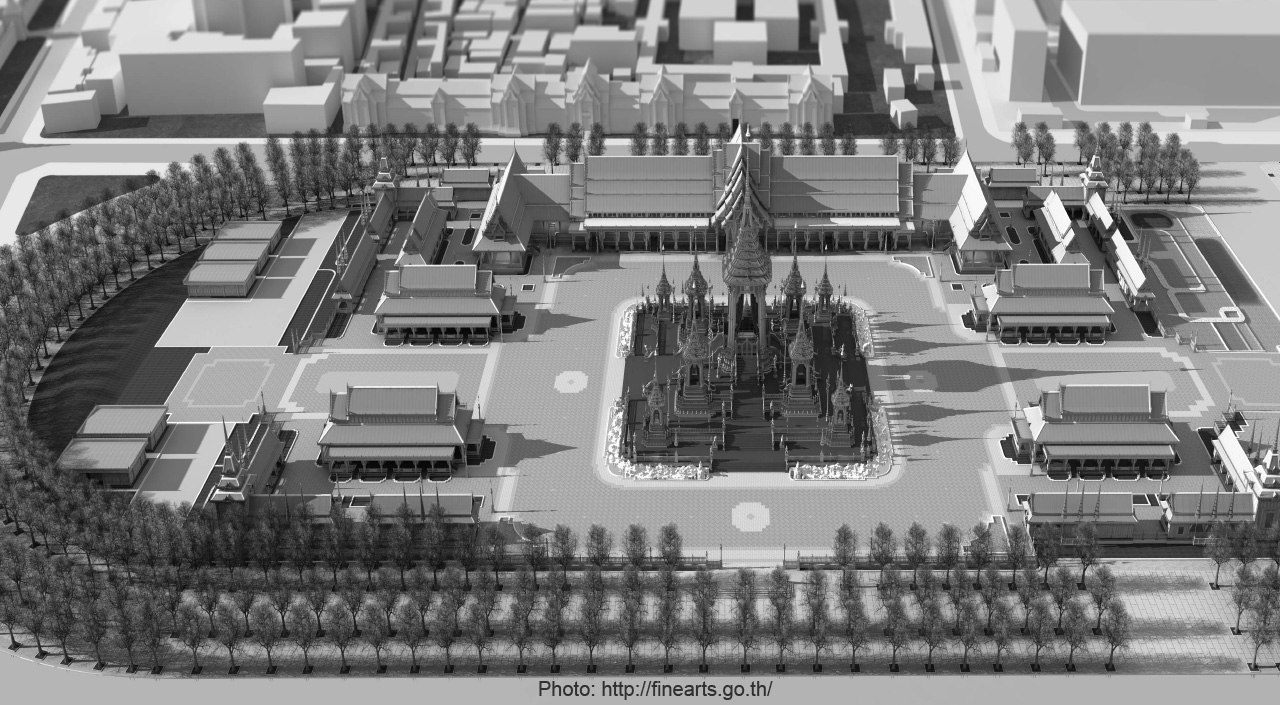 For every life on earth, death is the transformation from tangible to intangible; in other words, from flesh to soul. To put this transformation concept into practice, all religions and beliefs have come up with their own funeral procedures, rituals, or ceremonies. This month we will witness the royal rituals and ceremonies surrounding the royal cremation of the late and much-loved monarch, His Majesty King Bhumibol Adulyadej (Rama IX).

In Thailand, it’s our belief that we are a truly multicultural society that’s a harmonious blend of colorful customs and traditions. In terms of religion, Buddhism has been practiced in Thailand for centuries. Yet, because Buddhism shares the same roots as Brahminism and Hinduism in India and Sri Lanka, it’s hard to deny that we have also incorporated some of the Hindu concepts into our religious practice over the years. Like any other religion, we do believe in the afterlife, and in hell and heaven. 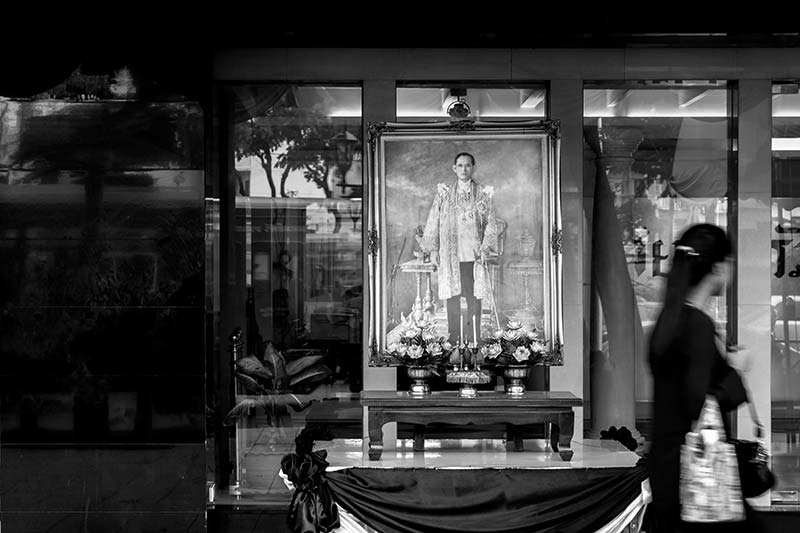 The Thai monarchy is substantially influenced by the Hindu and Buddhist concepts of cosmology. A monarch is considered a demi-god and a reincarnation of a Hindu god, and an avatar of Rama, Vishnu, Shiva or Indra (the lord of heavens) who has a divine right to rule his Kingdom and protect his people. When his mission is fulfilled, he will return to heaven. Thus, when a king passes away, we prepare the path for his ascension to heaven amid elaborate ceremonies and rituals.

According to Traibhumikatha (The Three Worlds of Existence), one of Thai Buddhism’s religious texts written in 1345 by King Lithai, the fifth Sukhothai king of the Phra Ruang dynasty, the universe is divided into three planes of existence or “realms”: the immaterial realm (arupa-loka), the fine-material realm (rupa-loka) and the sensuous realm (kama-loka).

It is within the sensuous realm that the underworld, the human world, and the world of devas – hell, earth, and heaven – exist. At the core of the universe is a sacred, golden mountain called Mount Sumeru (or Mount Meru) that passes through the Earth’s center and is so high that it reaches heaven. It is the highest mountain, the center of the Buddhist universe and the abode of supreme Hindu gods and deities such as Indra, Brahma, Shiva, Vishnu, and the Devas. 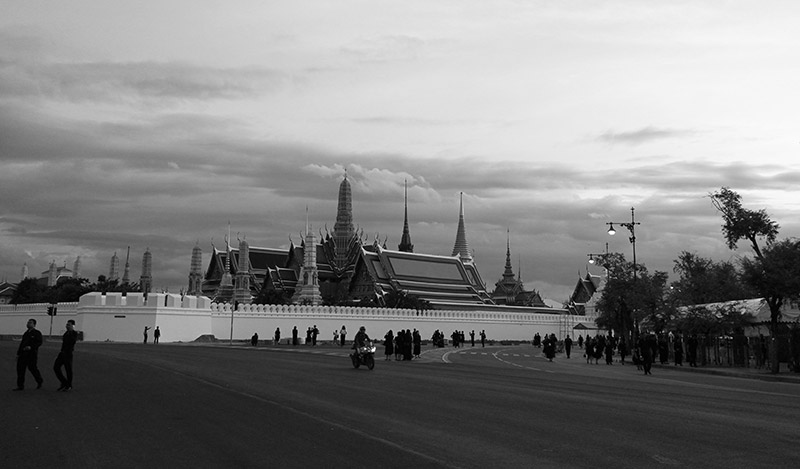 Sanam Luang, the royal main ground to the north of the Grand Palace once called Thung Phra Meru or the royal cremation ground, has now been transformed from a leisure park into a royal crematorium ground in preparation for the deceased King’s return to Mount Sumeru, or heaven, as a god.

If you are visiting Sanam Luang this month, you’ll be likely amazed by the exquisite Thai architecture and high Buddhist art on display there. The royal crematorium complex replicates the concept of Buddhist cosmology as detailed in Traibhumikatha. The main Busabok, a square tent-like structure with a multi-tiered roof topped with a golden spire, symbolizes Indra’s mansion atop Mount Sumeru.

The iconic elements of the mystical universe permeate the crematorium hall design. The handcrafted lotus basins and mythical animals, for example, represent those creatures that dwell in the legendary Himmapan (aka Himavanta) forest at the foothills of Mount Sumeru. The arch-shaped decorations on the roof symbolize the aura of the Buddha, and the descending roofline represents Mount Sattaboripan, the seven mountains that surround Mount Sumeru.

The body of King Bhumibol has been lying in state for people to pay their last respects at the Dusit Maha Prasat Throne Hall in the Grand Palace compound until September 30, 2017. Then, the royal cremation ceremony will take place from October 25 to 29.

In brief, there are six royal processions for the pre-and post-cremation ceremonies. These processions represent the rituals marking the return of a deity to heaven. On October 26, at 7 a.m., the body of the late King will be transported from Dusit Maha Prasat Throne Hall to the Royal Crematorium at Sanam Luang by a royal chariot as part of the funeral procession. At 5:30 p.m. the ceremonial first lighting of the funeral pyre begins.

The ceremony will be broadcast live on every national TV channel. After the cremation ceremony, a month-long exhibition about the life and times of King Bhumibol and his royal projects will be held from November 1 to 30 at the crematorium complex. 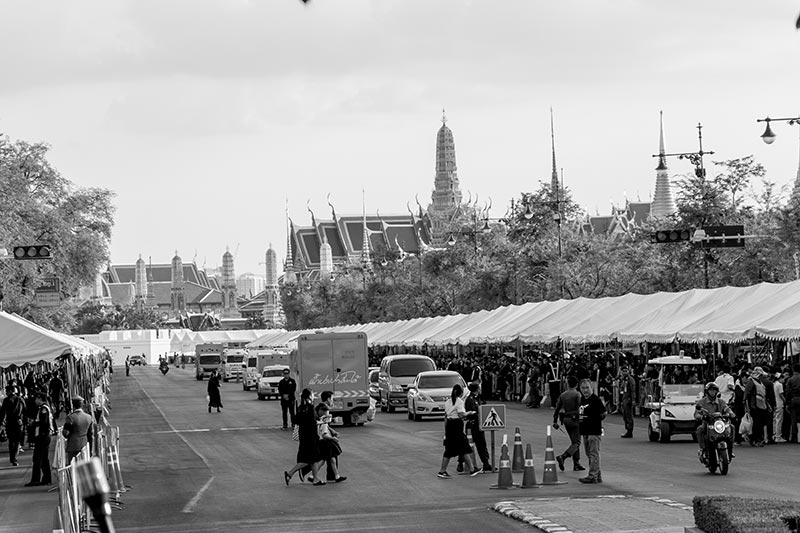 I’d like to encourage everyone to witness the upcoming royal cremation ceremony of King Bhumibol. This is a once-in-a-lifetime opportunity to learn more about Thailand, its royal history and heritage as well as the Thais’ love for the monarchy. It’s also the day to pay our last respects to one of the greatest monarchs the world has ever known.